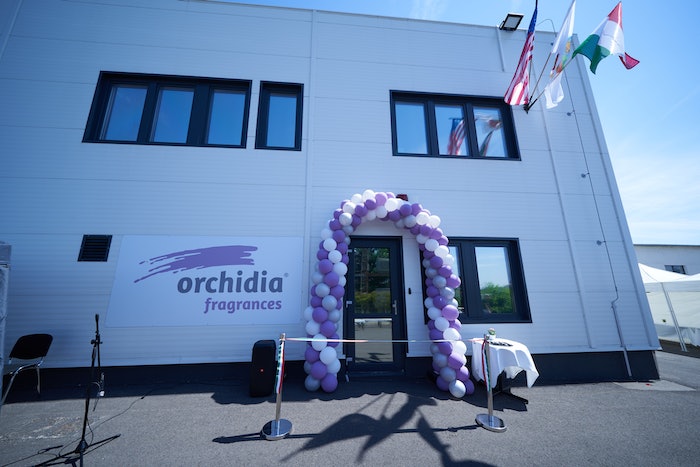 In 2020, Orchidia expanded operations to Kerepes, Hungary with the plant in full operation for over a year.

Orchidia Fragrances has announced the company's expansion into Europe. Acquired in 1983 by brothers Salvatore and Phillip Sprovieri, Orchidia Fragrances operates out of Downers Grove, IL, where the global headquarters currently reside.

Orchidia has grown from a family-owned enterprise with manufacturing locations in San Clemente, CA, and China. In 2020, Orchidia expanded operations to Kerepes, Hungary with the plant in full operation for over a year. To commemorate the milestone of the new location, a formal inauguration event was held on Friday, June 24.

Attendees included Ross Sprovieri, CEO of Orchidia Fragrances and Tamás Hrobák, key account manager for the company, in addition to the mayor of Kerepes and representative from the American Chamber of Commerce. The event began with a morning reception, followed by an opening ceremony and presentation of the plant. Later, the mayor joined Ross Sprovieri and Tamás Hrobák in ceremony for the cutting of the ribbon. At the end of the afternoon, invited guests and colleagues of Flavorchem and Orchidia Europe joined together for a lunch to conclude the event.