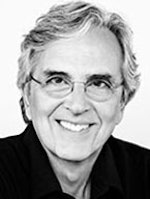 Carlos began his career when he was chosen for one of six manager-in-training positions from over 400 applicants who responded to an IFF ad in Le Monde. He moved to Paris and Amsterdam to explore the world of flavors and fragrances. In a whirlwind year that would define his life, Carlos created a best-selling potato chip flavor in the UK one week, and met future mentor Ernest Shiftan the next. IFF’s leading perfumer at the time quickly realized Carlos’ talent for fine fragrance and invited him to give up the managerial track to study with him in New York and become a perfumer.

Carlos is a truly international perfumer. His life and work have brought him around the world, while his fluency across markets sets him apart as a Master Perfumer. His numerous awards include The Fragrance Foundation 2014 Perfumer of the Year Lifetime Achievement Award, The American Society of Perfumers Lifetime Achievement Award, and nine Fragrance Foundation Awards for his fragrance creations. 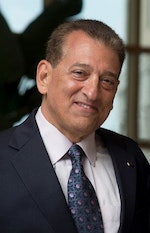 On the technical front, John has been involved in microemulsion and nanoemulsion development for over 25 years and continues to work in the field today. He has published a significant number of professional and technical papers in the field of surface chemistry with a focus on emulsions and microemu­lsions. His recent work is in the area of flavor stabiliz­ation, bioavail­ability and oxygen transport. John holds an MBA in marketing and finance and a Ph.​D. in physical chemistry. He is a member of the American Chemical Society, the Institute of Food Technolo­gists, and serves as the president of the Flavor and Extract Manufacturers Association. 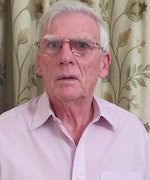 Patrick Dunphy, PhD, MRSC, holds a PhD in Biochemistry from the University of Liverpool, UK. His background is in plant biochemistry, food microstr­ucture and flavor science. He worked as a senior scientist with Unilever R&D in both the UK and the Netherlands on food microstr­ucture and flavor research for over 30 years specializing in real time in-nose flavor release from emulsion systems. His next role was with UK-based Danisco R&D for three years, where he specialized in all aspects of flavor science, including vanilla science and curing. He then joined Firmenich R&D in Geneva, Switzerland, as a principal scientist for a period of two and a half years where he continued to expand all aspects of traditional and controlled curing of vanilla beans.

He is currently an independent vanilla and flavor consultant with hands-on experience in all areas of vanilla science and curing with clients in Kampala, Uganda, Kerela in India and in the Antalaha District of Madagascar. Dunphy is also a member of the Royal Society of Chemistry. 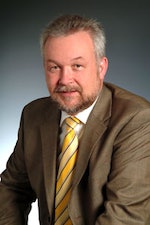 Matthias Guentert holds a Ph.D. in food chemistry from the University of Karlsruhe, Germany. He recently retired from his executive leadership position with Symrise and has become a consultant. His main areas of expertise are food & flavor chemistry, innovation, business leadership, and global regulatory. His 28 year career with Symrise started 1986 in Holzminden, Germany and brought him to Teterboro, NJ in 1999.

"It's amazing to have Matthias on our prestigious P&F scientific advisory board," said Rachel Grabenhofer, Perfumer & Flavorist's scientific acquisitions editor. "His expertise is very broad, ranging from flavor research, regulations and quality control/​analytical chemistry, to nutrition. This variety will help us build great synergies between the types of content we produce."

His most important leadership positions were in analytical research, flavor innovations, quality and regulatory and the supply shain. In July 2008 he became the president of the flavor and nutrition division in North America. He also served for two terms as a member of the scientific advisory board of the German Institute for Food Chemistry in Freising, Germany. From May 2012 until May 2015 he was a member of the FEMA Board of Governors. 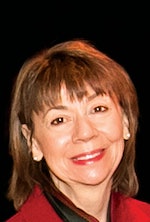 Judith Michalski currently works as a senior flavorist for abelei flavors. Her 30-plus-year career creating flavors includes positions at Food Materials, Inc. (now IFF), Danisco (now Firmenich), Silesia, Edlong and Bell Flavors & Fragrances. She is a certified member of the Society of Flavor Chemists as well as a professional member of the Institute of Food Technology. She’s been involved with Perfumer & Flavorist magazine's “Organoleptic Characte­ristics of Flavor Materials” column since its inception in 1989, first as a panelist and is currently its author. 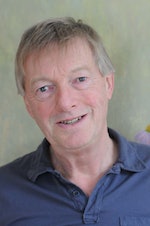 John Wright has worked as a flavorist for over 30 years, initially with Duckworths and PFW in the UK, then Bush Boake Allen in Canada, the United Kingdom and the United States before joining IFF's US operation. He is currently an independent consultant and the author of the technical book "Flavor Creation" and the monthly "Flavor Bites" column in Perfumer & Flavorist magazine. Wright progressed into technical and general management, but has always been enthusiastic to retain an active creative role in flavors. Wright is a fellow of both the Royal Society of Chemistry and British Society of Flavourists, and a member of the Society of Flavor Chemists, Inc.