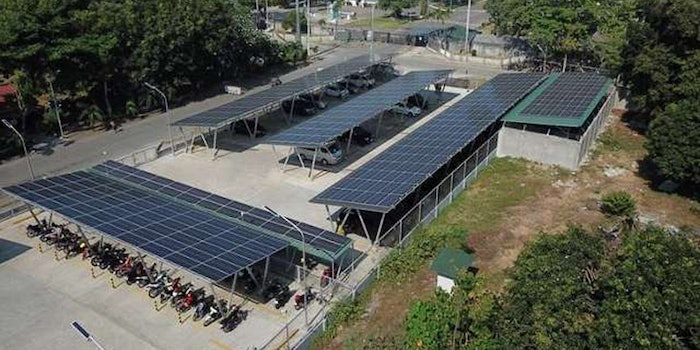 The company is working to reduce greenhouse gas emissions from all global Kao business sites by 22% by the year 2030. Photo: Kao.

Kao Corporation has moved up its target year for seeing 100% of electricity the company purchases in Japan and globally sourced from renewable energy.

Kao has been working toward the target of having all of its electricity purchases come from renewable energy, first in Japan by 2025, then globally by 2030. To accelerate decarbonization, however, Kao has moved those target years forward to 2023 for Japan and 2025 across the globe.

In 2020, Kao began introducing solar power generation for captive consumption at its Sumida Complex in Japan, at Pilipinas Kao in the Philippines, at Kao Taiwan and Kao Austria. Today, these systems are in operation at 14 Kao Group sites.

As of the end of 2020, the ratio of electricity purchased from renewable energy sources reached 65% in Japan and 41% globally.

In the future, the Kao Group will continue to implement its ESG strategy activities globally.