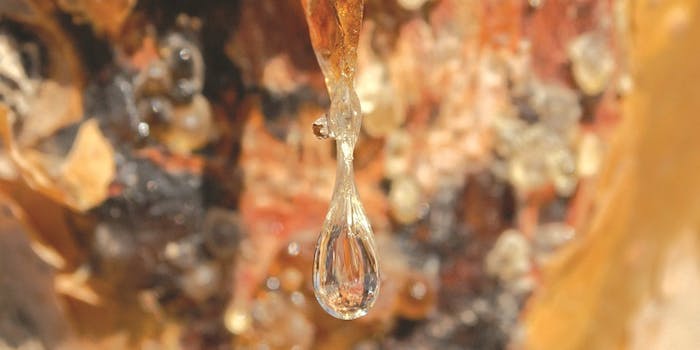 Frankincense has recently witnessed remarkable interest due to its historically known medicinal benefits, which are now supported by modern medicine. It is equally popular in fragrance and cosmetic industries thanks to the pleasant aromatic odor and therapeutic properties of its essential oil (EO). Up to now, more than 300 volatiles were reported from EOs of different Boswellia species.1-3 However, a close look to the phytochemical literature shows that the vast majority of the published studies on frankincense EOs were based on the analyses of the most commercially important species: Boswellia carteri (syn. Boswellia sacra), B. papyrifera, and to a lesser extent B. serrata. Even if some other species received recently more attention, the chemical composition of atypical Boswellia species is often reported only in a few publications (if not a single one) and is frequently dissimilar from one study to another. Therefore, in search for chemotaxonomic markers for the described Boswellia species, it is very challenging to rely solely on the reported EOs analyses due to the following facts: 1) “the huge similarity of the volatile constituents between the different reported species, 2) the variation of extraction and or distillation methods (distillation system, time...), 3) the freshness of the samples investigated, 4) the performance of the analytical system (databases, level of expertise of the analysts), 5) controversies in reported literature with synonymy and above all 6) lack of certified botanic origin of analyzed samples.

Our laboratories are now attempting to collect resins of all described species to perform careful and standardized analyses where the above variations are eliminated and where collection and taxonomic identification will be carefully observed. Since we are convinced that many uncommon Boswellia species can produce EOs and extracts of great interest for its olfactory properties, the flavor and fragrance industry will be the main beneficiary of this standardization. Our envisaged analyses will also include higher terpenes in the resins. While the collection is feasible in politically stable countries like Oman and India, it is unfortunately burdensome in the center of Boswellia endemism (Somalia and Yemen) but thanks to the high interest of the fragrance industry for frankincense EO, Somalia is still the biggest producer of Boswellia carteri (syn. Boswellia sacra) in the world. Nevertheless, the development of new frankincense species as ingredients for perfumery should be based on secure and sustainable sourcing and also on reliable chemical and sensorial analyses of carefully selected and botanically authenticated samples.

Some authors have reported that frankincense and myrrh were “among the first aromatic materials used by humans”.4 Indeed, the etymology of the word “perfume” itself (per fumum: “through smoke” in Latin) reminds that when burned, some aromatic raw materials emit a pleasant odor, and their use for perfuming purposes has probably followed closely the domestication of fire by the man. Therefore, the origin of this practice dates back to prehistoric times, for which we have by definition no written record. However, the proximity of the early civilizations of Mesopotamia and Egypt with the regions where frankincense trees are endemic supports the idea that frankincense is probably one of the oldest perfumes in the world. Thereafter, its use spread in the Greek and Roman civilizations, and the commercial importance of frankincense at that times is well illustrated by the existence of the famous “incense road” which connected the producing regions (now in Oman) with the consumption places in Egypt, Jerusalem and the Mediterranean world. Nowadays, frankincense is still widely used in the Middle East, as well as in Occident where it is burned in censers during Catholic and Orthodox religious ceremonies.

Paradoxically, despite the extremely old and rich history of frankincense as a fragrant material, the identity of the constituents contributing to its specific odor remained poorly understood until very recent studies published in the last five years. Similarly, the key odorants of many other well-known natural raw materials used in perfumery are still only partially (if not at all) characterized. However, this situation is particularly ironic for one of the oldest perfumes in the world, especially because on the other hand, the chemical composition of frankincense has been investigated extensively as shown by the high number of publications on this topic.

The first mentions of the odorant constituents of frankincense were made by two independent groups in 1978. Hugo Obermann, from Dragoco Company (now Symrise) detailed the composition of the acidic fractions of the two main commercial brands of frankincense EOs: the “Eritrea” and “Aden” types. Nowadays, these denominations are not used anymore, but correspond respectively to Boswellia papyrifera and B. sacra species. In both types, he reported the presence of short fatty acids, together with monoterpenic acids and nor-monoterpenic acids (see F-1). Interestingly, he noticed that the fraction obtained from the B. sacra sample contained the acids 1-8, and displayed “a typically resinous odor,” but did not point out the constituent(s) possessing this specific odor.5 de Rijke et al. (from Naarden, The Nederland) also underlined the importance of the olfactory contribution of the acidic fraction to the typical frankincense odor. Their analysis was more detailed as they characterized α-campholytic acid 1 as one of the important contributors of frankincense smell, described as possessing “a rather strong smell reminiscent of the oil”.6

More recently, Hasegawa mentioned that incensole 9 and four related diterpenic constituents 10-13 were “important odor components,” as 9-13 were the main constituents of the fraction of lowest volatility obtained by bulb-to-bulb distillation of B. papyrifera solvent extract. However, neither the relative contribution nor the individual olfactory properties of these compounds were reported in this publication.7 In the 2014-2016 period, J. Niebler and A. Büttner published a series of articles on detailed gas chromatography-olfactometry (GC-O) investigations of Boswellia sacra.8-9 To characterize the odorant contributors of a complex mixture, the use of GC-O is certainly a wise choice, since this technique is one of the best tools to identify key odorants. However, proper GC-O analyses imply that the identifications are confirmed by injections of pure reference compounds, an approach rarely followed in practice. However, the GC-O analyses of Niebler and Büttner on frankincense extracts represent the state of the art of this technique, with a total of 17 identified odorants (14-32) out of the 23 detected. The identifications were confirmed by 2DGC-MS/O and by the use of 15 pure reference compounds. The three most potent compounds (with FD ≥ 1024) were α-pinene 15 (considered to be responsible for the typical rosiny head note of frankincense), and two sesquiterpenic ketones: mustakone 14 (broth, meat, spicy) and rotundone 16 (coniferous, woody, peppery). The identification of 14 and 16 required detailed fractionation procedures and was established without ambiguity with the help of pure reference compounds obtained from the fragrance industry (16) or isolated from Cyperus scariosus in the case of 14. The olfactory descriptors associated with the 20 other odorants covered a wide range of odor qualities: geranium (17), fecal (18), fresh (19), eucalyptus (20), savory, spicy (21) etc. but interestingly, only two odorants were reported as possessing an “incense” odor: an unknown compound at RIFFAP = 2513 (incense, geranium), and serratol 32 (woody, rosiny, incense) which had probably a very limited contribution to the overall odor due to its low FD factor. In addition to these GC-O studies on solvent assisted flavor evaporation (SAFE) extracts, Niebler and Büttner applied also the original technique of Pyrolysis-GC-MS-Olfactometry to B. sacra gum resin samples.10 This approach is interesting as it mimics the burning process by which frankincense resin is used for perfuming purposes (i.e. burned on glowing charcoal), mostly in the Middle East. It may then help to identify odoriferous pyrolysis products and indeed, 18 additional odorant compounds could be identified in the analysis of B. sacra gum resin fractions with this technique. By fractionation of the gum resin, a hydrosoluble part (gum), a non-volatile resin and a volatile fraction were obtained and submitted separately to pyrolysis-GC-MS-O. Odorants 18, 28, 33-43 were produced by the pyrolysis of the gum part, while 18-19, 31 and 44-46 were identified in the pyrolyzed resin. The pyrolysis of the volatile part generated (probably by a simple physical volatilization) 14-16, 18-19, 24, 26, 31 but also the tentatively identified 47-48. It is worth to mention that surprisingly, some odorants were detected in several pyrolyzed fractions, suggesting that they are not simple constituents, but maybe chemically bound to larger molecules or generated by a complex pyrolysis reaction. Hence, compounds 19 and 31 were detected by pyrolysis of the volatile and the resin fractions, 49 and 50 in the pyrolyzed gum and resin, and 18, 47 and 48 were emitted by the pyrolysis of each of the three fractions (gum, resin and volatile). Interestingly, 17 and 20 were perceived by pyrolysis-GC-MS-O of the entire gum resin, but not in any pyrolyzed fraction, indicating that the chemical interactions between the different molecular families also play a role in the odor development of burned frankincense.

It should be mentioned that in this work, many perceived odors could not be attributed to their corresponding odorant compound, and in particular, not less than eight distinct odor zones (according to the different retention indices) described as “incense” by the GC-O panelists. According to the perfect match of the retention indices and the olfactory descriptions, the intense “incense, sweet, strong” zone appearing at RIDB-5 = 1560-1570 in all three fractions was probably due to olibanic acids 51-52, identified by us in the essential oils of B. sacra, B. frereana, B. papyrifera11and B. occulta.12 The characterization of these uncommon acids, never reported previously as natural compounds, was possible only by the analysis of the acidic fraction of frankincense, as did wisely Oberman and de Rijke forty years ago in the first investigations on the odorants constituents of this material. After synthesizing all four possible isomers of the olibanic acids, the enantioselective GC-MS analysis demonstrated that only the dextro enantiomer of 51 and 52 was present in the 12 EO samples we analyzed. Their quantification in these samples revealed that their content range was 55-746 ppm for (+)-51 and 3-36 ppm for (+)-52. Different contents and ratio were observed for the B. frereana and B. papyrifera samples, but a more general study would be necessary to characterize accurately their distribution in the various Boswellia species. An intriguing aspect of the olfactory properties of these compounds is that even if (+)-trans-olibanic acid 51 is systematically the major isomer, the (+)-cis- isomer 52 is more than 100 times stronger and is by far the most potent of all four isomers. Then, its contribution to the overall incense-like odor is certainly more important than 51. The use of 51 and 52 for perfume formulation was patented.13 However, since the odorants of many incense-like odor zones remained unidentified,10 many other researchers will be necessary to unravel the fascinating odor of frankincense.

As demonstrated by this overview of the literature on frankincense odorants, the knowledge on the main olfactory contributors is almost exclusively restricted to B. sacra/carteri. We wish to attract attention on less common Boswellia species by chemical and sensorial analyses of their EOs, which may well become new ingredients for the fragrance industry in the near future.

The 47 million Swiss franc investment in the new plant will provide 20,000 metric tons of additional capacity to serve customers in Turkey, the Middle East and ‘Stans’ countries.
Nov 5th, 2021

For the second year in a row, Symrise has been recognized with the Sustainability Heroes Award.
Nov 4th, 2021