Salt: How Much is Too Much? 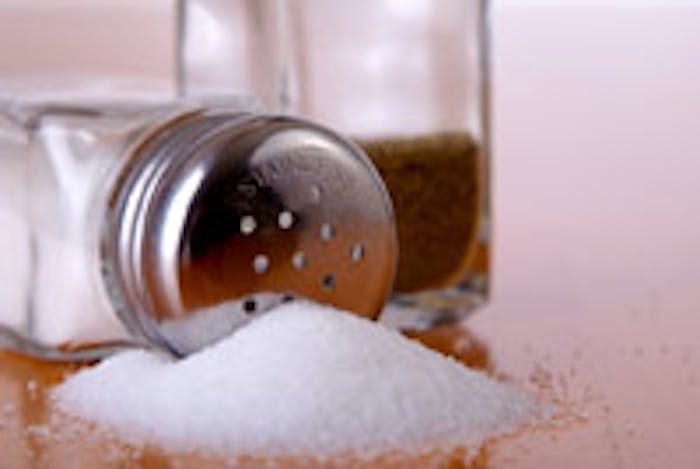 Today, a lot is being said about levels of salt intake in relation to consumer behavior. However, with so much being discussed, there is bound to be confusion. So, what are the facts about salt consumption?

Contrary to popular belief, there is no recommended use level of salt set by the US Food and Drug Administration. In fact, when one talks about guidelines, one is likely referring to guidelines set in the “Dietary Guidelines for Americans 2005,* which suggest that an average consumer should not consume more than 2,300 mg of sodium (not salt!). This is equal to 5,800 mg salt per day.

Salt has a long history in mankind’s diet and is a known essential ingredient in many religious traditions, including purification rituals. Salt is a key component in the body, working as a primary electrolyte, and contains key elements such as potassium, magnesium and calcium.

Salt is also an important ingredient in processed foods for water retention in meats, hams and sausages. It also acts as a preservation agent in all kinds of foods and is used as proofing control agent in applications such as bread.

The statements made by organizations like the Center for Science in the Public Interest and American Medical Association (AMA) have jolted the discussion about sodium/salt intake. The AMA’s 2007 statement on the matter—which urged salt limits for processed foods and restaurant meals—is bound to have a lasting impact on the mind of the consumer. Not to mention that there is a consensus that an overdose of chloride causes hypertension (high blood pressure) and other related health problems.

But restricting the daily choride intake, instance up to 2,000–2,500 mg, is extremely difficult. Especially after considering that a typical Reuben sandwich alone contains 3,200 mg chloride, or that chicken teriyaki contains about 2,200 mg, or an order of beef and cheese nachos with sour cream and guacamole contains 2,430 mg. Moreover, it is estimated that almost 70–80% of the food intake in the United States comprises processed food. This makes controlling chloride intake an even more difficult task for consumers.

As a solution to this, our team has developed a range of natural flavors to mask this undesirable aftertaste in many applications. The masking flavor enables the food processor to use up to 60% of potassium chloride. In addition, sodium chloride reduction can be accomplished through a flavor matrix that incorporates flavor enhancers, fat mouthfeel flavors and spice flavors.

Despite this, a single masking flavor cannot be a solution to all applications, necessitating culinary and creative R&D staff for tailor-made solutions.