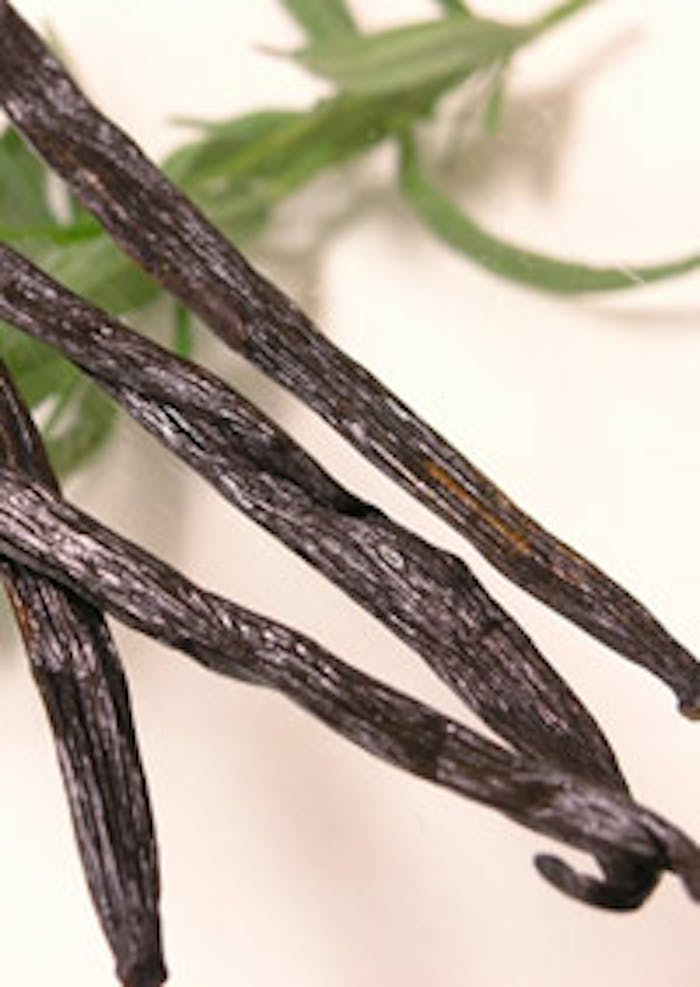 In the May issue of P&F magazine, we approached suppliers and formulators to offer their feedback on the state of vanilla. As the political crisis in Madagascar drags on and the overall financial climate sours, we ask: what is the current state of vanilla in F&F and what will it be over the next 12 months? As part of our continuing online conversation, we offer another in a series of Web Exclusive insights. Send us your thoughts and feedback here.

While some may be currently exaggerating the impact of plant disease in Madagascar to bolster flagging prices, the problem should not be ignored. Fusarium and phytophora can have catastrophic effects on the temperamental vanilla orchid. Long-serving industry experts will recall that fusarium wiped out entire producing regions in Indonesia during the 1980s. The fact that disease has appeared at all in Madagascar after being virtually non-existent for decades begs a simple question: how did it arrive?

Vanilla vines, just like people, become susceptible to illness when experiencing stress and fatigue due to excessive work. Given the very low prices currently paid on the open market for green vanilla beans, the farmer is simply pollinating more flowers on a single vine than he should. This maximizes the farmer’s sales in the short term, but also overworks his vines and thereby jeopardizes their long term health. For reference, good vanilla cultivation practices call for pollinating no more than eight flowers per cluster on a vine. It has been reported that many farmers in Madagascar are pollinating more than double that amount today. This practice has only emerged over the last five years.

Interestingly, a question that has been little discussed to date is whether Malagasy farmers would pollinate fewer flowers even if prices were more attractive. Conventional wisdom says that they would. However, both quantitative and anecdotal evidence suggests that this behavior [excessive pollination] has been institutionalized in Madagascar. If true, there could be long-term implications for the country not only in terms of stemming the spread of disease but also in protecting its image as high quality supplier to the world.

Vanilla prices should not experience any upward pressure over the next 12 months if Malagasy ports remain open. Even if the country’s international port of Tamatave was temporarily closed, the reaction to pay more for vanilla would probably be driven more by psychology than any real shortage of beans. Against a backdrop of reported long positions among some key vanilla users, as well as unsold stocks sitting with some importers, the market should remain oversupplied over the next four quarters. This should be true even when considering maximum world demand figures (2,000 MT) and minimum 2009 Malagasy production figures (1,300 MT).

While vanilla bean farming lends itself to the fair trade concept, marketing the product poses a special challenge. Cultivation of the beans is a cottage industry largely managed by individual families living well below the poverty line. Most agree that this group merits a larger slice of the pie. The fair trade model is one way to help them get it. On the other hand, retail purchases of vanilla in the form of beans or extract only make up a relatively small percentage of world sales. Vanilla is most often an ingredient among others in a finished product. This means that marketing claims associated with fair trade vanilla are more diluted than they might be for a cup of coffee. For example, a producer of a dessert product made with fair trade vanilla would see their claim limited to a “made with” statement.

There are nonetheless good opportunities for fair trade material. Pure extract for retail would offer a nice platform where the claim could be more powerfully marketed. The biggest challenge to this concept remains one of determining what price the market will bear for vanilla beans sold under the fair trade label. Some buyers say that they find a range of $45–60 per kilo acceptable. Others maintain that the differential with conventional vanilla is too great. Only time will tell who is right.