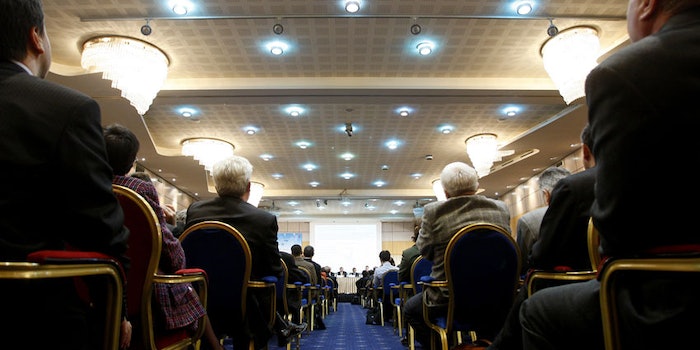 The Society of Flavor Chemists (SFC) celebrated the move of their collection of historic flavor books and articles to the Chemical Heritage Foundation (CHF). The meeting at CHF was in Philadelphia on February 16, 2017, just a block away from the Liberty Bell. There were more than 70 in attendance.

Dr. Jordy Roberts, vice president of the CHF, presented on the history of the CHF and its future. Roberts explained that the organization was started 35 years ago by a group of University of Pennsylvania faculty. It abides by the inspiration: “The Chemical Heritage Foundation is dedicated to explaining a simple truth: science has a past and our future depends on it.”

The CHF has four departments: the Othmer Library of Chemical History, The Eddleman Museum, The Institute for Research, and the Beckman Center for the History of Chemistry. The Foundation also develops outreach to foster dialog between the public and the scientific community.

A Lesson in Flavor History and Innovation

Ronald Brashear, director of the CHF Othmer Library, described the extensive archives of the contemporary and historical chemical books and documents collection. This collection includes: documents by Lavoisier, the father of modern chemistry and illustrations by his wife, who survived her husband’s execution by guillotine. There are handwritten notes by Newton when he was an alchemist, and an early depiction of the periodic chart by Mendeleev. The collection also includes the first drawing of a buckyball.

Behind its main building, the Chemical Heritage Foundation houses an archival storage facility. In the main building, the reading room provides a place where the visitor can examine documents and books reserved by advance notice prior to their visit. The staff at the CHF are working on digitizing all of their collections, including the SFC collection. In the future, the SFC library donation will be searchable as a separate collection in the library. Details on how to search our collection will be provided on the Society’s web page.

Carin Berkowitz, director of the Beckmen Center for the History of Chemistry, presented on the history of flavor science. Berkowitz explained that flavor chemistry took off with the development of packaged foods that were to be sold globally and needed to be shelf-stable with consistent flavor. The Beckmen Center attracts scholars from around the world who need to utilize the extensive resources available at the CHF to support their research.

Robert Margolskee, director and president of the Monell Chemical Senses Center, also of Philadelphia, presented on taste and chemical senses research being conducted at the Center. He described the discoveries on the taste of sweetness. He also explained that the goal of these studies is to use the research findings to aid in the fight against global epidemics of obesity, diabetes, and cardiovascular disease.

Gary Beauchamp, Emeritus director of Monell, presented on the use of body odor in detecting disease. Beauchamp explained that many animals give off volatile aroma compounds when sick or diseased. Monell’s work involves identifying these odors and causative compounds, and developing methods for detecting them. He continued to explain that dogs that have been trained to identify odors through sniffing, could detect the odor of birds infected with avian flu that are part of a large flock. Dogs have also been able to detect signs of ovarian cancer in blood plasma. Eventually it is hoped that an “electronic nose” will be developed to use for rapid diagnosis of certain diseases.

After the presentations, the attendees were invited to attend a cocktail reception and tour the Eddleman Museum. The museum contains interesting documents and historic laboratory equipment. It was designed as a public face for the CHL and takes full advantage of being located in close proximity of Independence Hall.