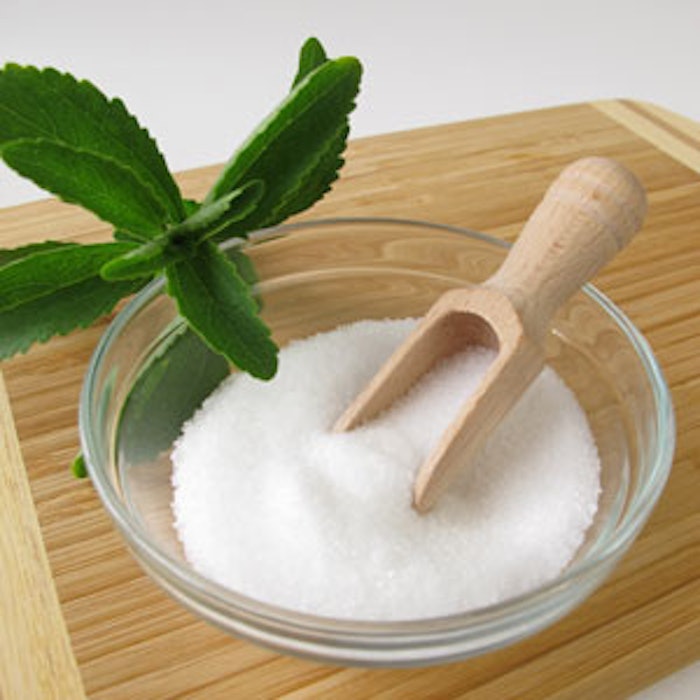 Stevia plant extracts contain rebaudiosides and other glycosides that contribute to its sweet flavor. But the amount of each glycoside often varies from batch to batch. That's why the inventors on this patent sought a new production method, particularly to focus on rebaudioside D.

Existing stevia sweeteners contain a majority of rebaudioside A with less amounts of rebaudiosides C, D and F. The extracts also may contain contaminants that contribute to off-flavors, which can be problematic depending on the application.

To better control the sweetness and flavor of stevia, a production method for steviol glycosides based on recombinant hosts such as microorganisms, plants or plant cells was developed. The process involves modulating the biosynthesis of terpenoid precursors of the squalene pathway. Specifically, EUGT11 has a strong 1,2-19-O-glucose glycosylation activity, which is an important step for rebaudioside D production. Additional details are specific in the patent.