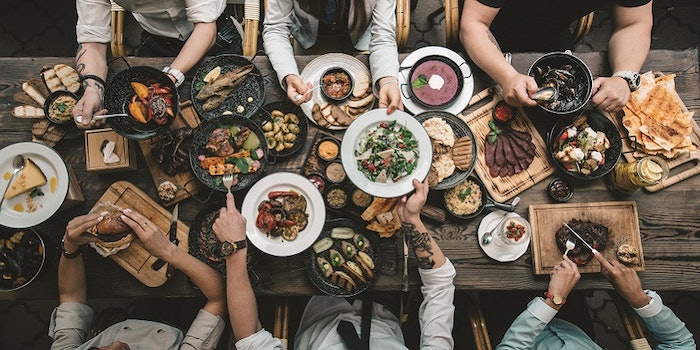 The growth of natural flavors has been inexorable and has been accompanied by increased demand for other positive attributes, such as organic, sustainable and GMO-free. Recent FEMA GRAS lists reflect this trend.

The first FEMA GRAS list (confusingly called GRAS 3) featured flavor ingredients used by the U.S. flavor industry in the 1950s. The list was dominated by the history of an industry that had only just started to use modern analytical techniques to investigate the flavor components of natural foods. This is not to suggest that the chemicals displayed a complete ignorance of nature, essential oil analysis using traditional techniques was well established and there had also been a few adventurous forays into natural food analyses, most notably of raspberries. That said, GRAS 3 reflected more than anything else a research establishment understandably dominated by chemical synthesis. Analytical research using GC/MS techniques took off like a rocket in the sixties and the next GRAS lists were naturally flooded by these discoveries. This trend was further emphasized by the highly influential West German flavor regulations which allowed immediate use of nature identical chemicals unless they were specifically prohibited. It is interesting to note that, in spite of the tsunami of new chemicals identified in nature, traditional chemical research also continued unabated alongside. Much of this chemical research was based on solid common sense.

A good example was the discovery of furan-based sulfur chemicals during coffee analyses. This discovery opened up a whole new field of related chemicals, many of which subsequently proved to be useful and found in nature. There were two other solid reasons for the continuation of traditional chemical research in the seventies. Firstly, it is not very easy to encourage a large R&D structure to radically change direction on a dime. Secondly, traditional chemical research yielded a number of real commercial “silver bullets” on the functional fragrance side, such as iso-E-Super.

Taste modifiers, especially sweetness modifiers, were the most obvious initial targets and also offered the highest potential returns even though the research was inevitably very costly.

This combination of analytical and chemical research resources continued to be fruitful well into the nineties but the returns were steadily diminishing. Refining techniques to discover chemicals present in foods at levels that were orders of magnitude lower did not reveal so many intriguing new raw materials. Rather, it revealed that many foods contained many of the same chemicals, just at vastly different levels. Efforts to analyze unusual and exotic plants were also interesting but also did not do much to tilt the playing field. Techniques to analyze natural foods in a more natural state using less intrusive techniques provided very helpful quantitative information to flavorists but also did not reveal many novel chemicals.

A new approach to flavor research emerged in the nineties from the simple expedient of adapting existing drug screening techniques and the rapidly progressing understanding of the complex field of genomics. This approach was particularly promising because it coincided with a steady increase in public awareness of the clear links between diet and health. Taste modifiers, especially sweetness modifiers, were the most obvious initial targets and also offered the highest potential returns even though the research was inevitably very costly. Much of the research effort of the major flavor companies over the past twenty years has focused primarily on this approach. The previous techniques of chemical synthesis and analysis of nature have not disappeared, they have simply faded a little into the background.

FEMA GRAS lists have, like chameleons, reflected their environment and shifted shade consistently to reflect the dominant research emphases. It is very interesting to examine the most recent FEMA GRAS lists and try to deduce the most important current trends. It is also interesting to try to see how successful each recent approach has been by examining the practical U.S. industry use of ingredients from the immediate prior lists.

Less than a quarter of the chemical additions to recent lists have been identified in nature.

Firstly, many of the more recent lists have contained a good number of taste ingredients. Many have targeted sweetness. Coolers have also accounted for a good number of additions, along with tingle, heat, umami and kokumi ingredients. Bitterness reducers have also been interesting, and especially important when they are used in conjunction with sweeteners. How successful has all this work been? Well, there have certainly been clear successes, such as FEMA# 4669, 4-amino-5,6-dimethylthieno[2,3-d]pyrimidin-2(1H)-one, patented by Senomyx as a sweetness enhancer. That said, the successes have not completely altered the playing field. It is interesting to note that the cooler market is still dominated by menthol derivatives and members of the old Wilkinson Sword family from half a century ago. The successes of taste ingredients look promising, but the jury is still out.

In 2019, consumers have very strong opinions about what they want and, more importantly, what they don’t want.

Strictly analytical research has played a much smaller part in recent FEMA GRAS lists. Less than a quarter of the chemical additions to recent lists have been identified in nature. This is an almost exact reversal of the situation at the height of the analytical boom. There are still notable successes, such as FEMA# 4706, 9-decen-2-one.

Some recent additions to GRAS lists should fairly be assigned to the category of obvious “housekeeping.” FEMA# 4850 is orange terpenes. Orange terpenes have always been used on the assumption that they were covered by orange oil, but it probably makes sense to list such ingredients more specifically. Several successful additions really belong in the category of adjuncts. FEMA# 4753, 1,3-propanediol is an excellent example and is a very useful solvent.

Another category that has also been quite successful is the simple transfer of fragrance ingredients into the flavor world. Recent years have seen many of the barriers between perfumers and flavorists eroded, with great benefit to both sides. FEMA# 4599, Helional, is an interesting example of this trend.

So far we have seen the chameleon skin of the FEMA GRAS lists turn into different shades in step with the R&D dollar spend, but does that reflect the whole story? Not entirely. Another big factor has come increasingly into play. In 1960 the consumer was generally happy with what they were given. In 1980 the consumer was more concerned to buy the best tasting product and was impressed that it tasted so much more realistic than it had in 1960. In 2019 the consumer expects to have a say in what they eat and has very strong opinions about what they want and, more importantly, what they don’t want. The growth of natural flavors has been inexorable and has been accompanied by increased demand for other positive attributes, such as organic, sustainable and GMO-free. Recent FEMA GRAS lists reflect this trend. More than 40 percent of the raw materials added in GRAS 28 were natural. Looking back on the successful additions to prior GRAS lists it is clear that the majority of new natural essential oils and extracts achieved some level of success, a higher “hit rate” than their chemical counterparts.

What of the future? The trend towards naturals, healthy ingredients and clean labels will continue, and not just at the top end of an increasingly polarized market. Taste ingredients certainly have a future but another aspect of genomics research is also beginning to show sparks of interest. The whole subject of primary odors has always fascinated me and it is very interesting to see recent research where around 50 human odor receptors have been deorphanized and associated with their optimal chemical agonist. Within this list, a chemical called Bourgeonal is especially interesting. It is not found in nature but is the most potent agonist for receptor OR1D2, with a character that could best be described as cyclamen. This a big deal in fragrances and also useful in flavors, where cyclamen notes have an interesting but relatively minor role. Another interesting association is 1-octanethiol with OR2C1. This chemical is actually found in nature, but I suspect is less than familiar to most of us. I have used 1-heptanethiol, which is a sulfury, metallic note that can be used to good effect in a wide range of flavors from passionfruit to bacon. That might or might not be much of a clue because octanol smells quite different from heptanol. Where might 1-octanethiol best be used? Perhaps both chemicals might find their way onto future GRAS lists. Work in this area might well fill in gaps in our understanding and lead to novel profiles. It might also lead to more effective aroma chemicals in challenging applications and also in areas that are cost sensitive for flavors. We still live in interesting times.