GCMS as a Tool for Flavor Development 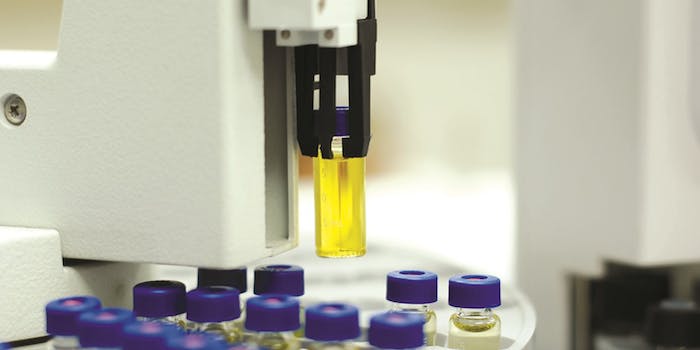 New flavors appear in a great variety of food products: citrus, coffee, chocolate, meat, etc. and can be purchased in many different flavors. The chemical analysis of these flavors can be challenging. Gas Chromatography/Mass Spectrometry (GC/MS) is used as the main tool for developing such flavors.

Individual components of different flavor formulations can be varied in composition and quantity depending on the final product desired. A food or a beverage contains hundreds to thousands of aroma chemicals and each of these molecules have a unique odor. Until now, more than 15,000 different aroma ingredients were identified in different foods and beverages and over 5,000 are used for flavor development. There are also more than 1,000 different essential oils and botanical extracts used in flavorings. Each of these essential oils is a natural mixture of many natural aromatic chemicals.

For many years the identification of flavoring substances by GCMS became a common practice. For example, if a new formula needs to be developed that matches a certain flavor target, a series of trial formulations can be developed along with a method that compares samples. However, the method of sample extraction can be key in the information obtained from the instrumental analysis and it is important to recognize the strengths and weaknesses of each approach in order to select the most appropriate technique for each application. Nonetheless, the first stage should involve an efficient sampling of the food or beverage product, in which the flavor is of interest.

There are several techniques for sampling the material of choice as following:

After choosing the suitable method, another stage of transferring the extracted material into the GCMS system is required. The main technique for this stage involves thermal desorption, purge and trap and pyrolysis.

In the SPME technique, a coated fused silica fiber is directly introduced in the liquid sample or in the headspace above the sample. Respective ingredients from the sample material are absorbed onto the fiber material until equilibrium is reached. The fiber is removed from the sample and directly applied into the injection system of the GCMS and the absorbed compounds are thermally desorbed into the GC column for analysis. The method is solvent-free and requires no special additional equipment. It is used for the analysis of special groups of compounds, depending on the enrichment based on the type of fiber used. By controlling the polarity and thickness of the coating on the fiber, maintaining consistent sampling time, and adjusting several other extraction parameters, an analyst can ensure highly consistent, quantifiable results from low concentrations of analytes.

Dynamic headspace enables dynamic purging of the headspace above a sample. Analytes in the purged headspace are trapped onto 2 cm sorbent beds in compact glass tubes, an optional dry purge allows reduction of water content. The thermal desorption tube is then placed into the Thermal Desorption Unit and thermally desorbed into the pre-cooled inlet, where the analytes are cryo-focused to improve peak shape before introduction into the column (see F-1).

In the SBSE technique, a bar magnet encapsulated in glass, which is coated with a special polymer, is used for stirring the aqueous sample. During this stirring period, the respective analytes are adsorbed on/in the coating material. After equilibration has been reached, the bar is removed, washed with ultrapure water and dried. Then the bar is inserted in the thermal desorption system, which desorbs the compounds from the coating and transfers them to the GC column. This method is similar to the SPME but offers a wider range of capacity for organic compounds. The fiber coating is important for better selective extraction. By controlling the polarity and thickness of the coating on the fiber, maintaining consistent sampling time, and adjusting several other extraction parameters, an analyst can ensure highly consistent, quantifiable results from low concentrations of analytes. A variety of fibers is shown in T-2.

The effect of choosing the fiber is demonstrated in F-2.

The identification of the peaks in the above chromatograms is shown in T-3.

When deciding which sample extraction approach to use for flavor analysis, it is important to understand that each will result in a different profile. The technique should be chosen to enable the required sensitivity and selectivity to be achieved. The nature of the product or ingredient matrix should always be considered and the link back to sensory data is required to enable a full understanding of the impact of analytical results.4

Purge and traphas been used for decades to extract volatile molecules from a solid or liquid matrix for introduction into GCMS for separation and identification. The volatiles are concentrated onto an absorbent trap, followed by thermal desorption into a GCMS. Sample matrices can range from soil, plastics, foods, flavor, fragrance, emulsions and water.

Thermal desorption technique utilizes heat to increase the volatility of the adsorbed substances such that they can be removed from the solid matrix. When the thermal desorption system is combined with GCMS, the results meet current requirements with sensitivity and dynamic range.

Another method to be considered is two dimensional GCMS chromatography, which employs a pair of GC columns (generally, nonpolar and polar columns) connected in series through a modulator. Overflow from the first column is trapped in the modulator for a fixed period of time before being focused and injected into the second column. The chromatograms obtained through repeated trapping and injection is rendered in two dimensions using specialized software. This results in a two-dimensional chromatogram with the boiling point and polarity on the respective axes.f The following example exhibits these dimensions in F-4.

In the first dimension, a single peak is seen with a flavor descriptor of “spicy.” When the peak is cut over the second dimension, four peaks are seen. The first major peak is the isomer responsible for the flavor (spicy, tobacco). None of the other isomers resulted in perceptible olfactory impression.

"There are diverse extraction, sampling and chromatographic methods which can be used for the development of flavorings, and the right ones should be chosen for each type of required flavor."

Chemical ionization (CI) is an ionization technique using a lower energy process than EI.6 The lower energy yields less or sometimes no fragmentation, and usually a simpler spectrum. The lack of fragmentation limits the amount of structural information that can be determined about the ionated species. However, a typical CI spectra has an easily identifiable protonated molecule peak [M+1]+ which allows for determination of molecular mass. CI is thus useful in cases where the energy from the bombarding electrons in EI is so great that impact almost exclusively causes fragmentation to occur and molecular ions are not formed in large enough quantities to produce an identifiable molecular ion peak, as shown in F-5.7

Time-of-flight mass spectrometry (TOF-MS) is a method of mass spectrometry in which an ion’s mass-to-charge ratio is determined via a time measurement. Ions are accelerated by an electric field of known strength. This acceleration results in an ion having the same kinetic energy as any other ion that has the same charge. The velocity of the ion depends on the mass-to-charge ratio (heavier ions of the same charge reach lower speeds, although ions with higher charge will also increase in velocity). The time that it subsequently takes for the ion to reach a detector at a known distance is measured. This time will depend on the velocity of the ion, and therefore is a measure of its mass-to-charge ratio. From this ratio and known experimental parameters, one can identify the ion.8

Comprehensive two-dimensional gas chromatography with time-of-flight mass spectrometry (2D GC–TOF MS) is an additional choice for screening complex mixtures, such as flavorings. The enhanced separation capacity offered by the coupling of two columns of different selectivity, combined with the highly sensitive mass spectral identification, provides a high-performance solution for rapid screening of flavorings. Despite the superior separation afforded by 2D GC, the identification of individual compounds in complex samples remains challenging when compounds have weak molecular ions and/or similar spectra using conventional (70 eV) ionization, such as sesquiterpenes. As shown in F-6, 2D GC–TOF MS demonstrates the use of soft electron ionization to address these issues.9

To summarize, there are diverse extraction, sampling and chromatographic methods which can be used for the development of flavorings, and the right ones should be chosen for each type of required flavor. In addition to these, the MS system should be also considered, using EI, CI of TOF methods.