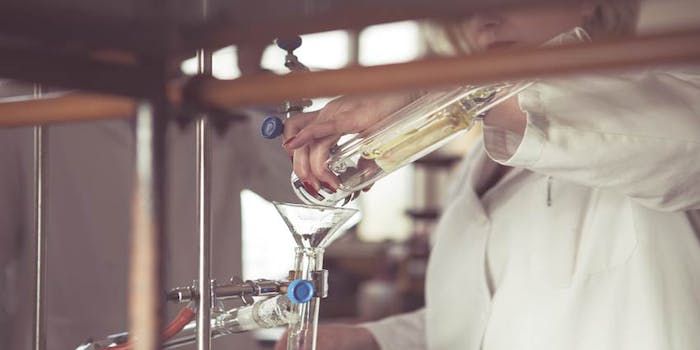 Purity is depicted in many forms: doves, fresh snow, a white wedding dress, the sacred lotus, etc., and it represents an untouched state, free from pollutants. How does this translate to flavor and fragrance development? As unadulterated oils and concentrated, optimized extracts. How are these achieved? Via novel extraction, separation and purification technologies such as those disclosed in the recent literature—and profiled here.

Research published in Resource-Efficient Technologies explores the use of ultrasound (US) and sunflower oil (SO) to extract absolute from thyme [1]. According to the article abstract, organic solvents are commonly used to obtain this aroma but can leave traces in the resulting material. These authors instead used ultrasound (US) with sunflower oil (SO) as a natural solvent.

The optimal US conditions for absolute yield were investigated using response surface methodology (RSM) and results were compared with those from conventional SO (SO-CV) and hexane (Hex-CV) extractions. The absolutes also were analyzed by GC-MS for their composition and tested for antioxidant activities.

Using the yield conditions T = 50 °C, t = 22 min and P = 98 W, SO with US offered advantages including a shorter extraction time and 47% increase in absolute yield, compared with SO-CV extraction. The absolute obtained by hexane showed a higher yield but the resulting material contained approx. 75% of waxy materials. US also demonstrated the highest recovery of monoterpene phenols thymol and carvacrol (86.2%). The authors concluded ultrasound extraction using SO is a good alternative.

Chemistry International published a study [2] on the influence of extraction techniques—including solvent-solvent, cold maceration and soxhlet extraction—on both the mineral content and antioxidant capacity of edible oil extracted from ginger rhizome. Flavonoids and phenolics were assessed with the antioxidant capacity of the oils via DPPH radical scavenging activity and total reducing power. The extracted oil showed strong, characteristic pungent ginger odor and was liquid at room temperature.

The oil obtained by soxhlet extraction showed the highest concentration of flavonoids and phenolics as well as the highest DPPH radical scavenging capacity and total reducing power. The least concentration of flavonoids, phenolics, DPPH radical scavenging and reducing power were by solvent-solvent extraction. These authors concluded the heat and reflux condition involved in the soxhlet extraction technique enhanced the extraction of the entities of interest.

In relation, an article [3] in the International Journal of Food Properties explored the extraction of pu’er ripe tea, which according to the authors, has a unique woody, chestnut fragrance flavor. Here, the efficiency of soxhlet extraction, ultrasonic assisted extraction (UAE), simultaneous distillation extraction (SDE) and steam distillation extraction (SD) were investigated. GC-MS and HS-SPME/GC-MS were then used to identify the volatile compounds in the essential oils and tea samples.

Extraction ratios showed the highest levels by soxhlet, followed by SD, UAE, then SDE. GC-MS identified 40, 38, 35 and 47 volatile compounds in oils extracted by different methods, whereas 55 compounds were identified by HS-SPME/GC-MS. Thus, considering both the oil extraction rate and oil flavor, the authors concluded the best method was SD.

Research reported in the International Journal of Food Properties demonstrated the rapid screening and identification of triacylglycerol content in shea butter fat, palm kernel oil and peanut oil sold in a Ghanaian market [4]. Here, according to the article extract, samples were dissolved in chloroform with 2,5-dihydroxybenzoic acid as the matrix. They were then exposed to matrix-assisted laser desorption ionization-time-of-flight/mass spectrometry (MALDI-TOF/MS). The resulting spectra revealed the characteristic triacylglycerols as sodium adducts.

Finally, another article published in the International Journal of Food Properties describes a subcritical butane extraction process to produce a fragrant oil from roasted red pepper seed [5]. The optimal conditions of 74.61°C for 68.65 min produced an oil containing mainly linoleic acid (72.95%) followed by palmitic acid (11.43%) and oleic acid (10.00%). The oil showed desirable thermal and oxidative stability and comprised a total of 19 volatile compounds, mostly aldehydes and alkenes. The authors concluded this method was appropriate to prepare the fragrant and edible red pepper seed oil.

Whether concentrating desired entities or weeding out contaminants, researchers are getting savvy with techniques that extract the full story and results from sources of interest.

The study results provide a starting point for further research to be conducted that will be multidisciplinary in nature.
Nov 18th, 2021