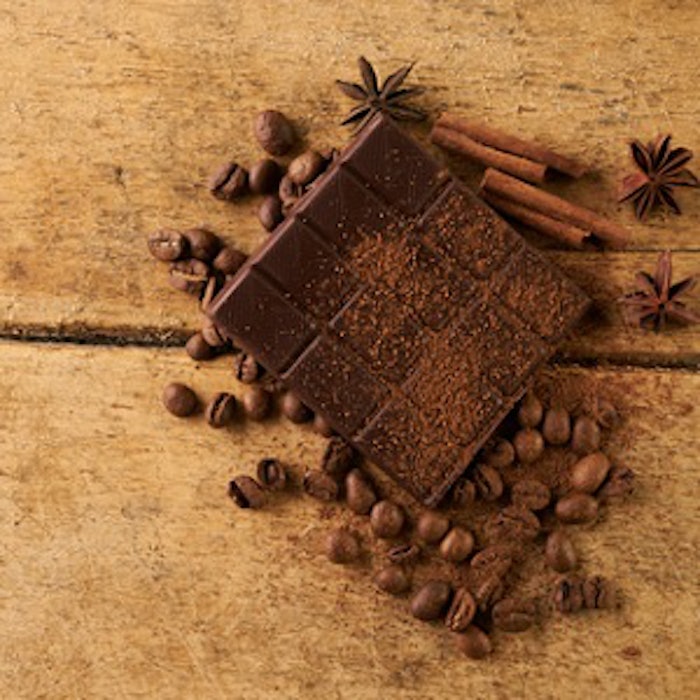 Pyrazines are the most widely distributed heterocyclic compounds in nature, having functional groups, e.g. alkyl, acetyl, alkoxy and thioalkoxy. Pyrazines containing these chemical functions are present mainly in roasted products, generally thermally treated, including cocoa, coffee, barley, popcorn, nuts, bread, potato and beef. Within all these pyrazines, over 70 pyrazines containing only alkyl groups have been identified in heated foods.

Alkylpyrazines, which are key to the flavor of chocolate, are formed via the Maillard reaction during the roasting process of cocoa production. Many of the pyrazines have a nut-like aroma similar to that of peanuts. The importance of these materials has historically motivated organic chemists to synthesize them for use as ingredients in flavor formulations for roasted nuts, chocolate, meat flavors, and so forth. By 1970, the first pyrazines obtained GRAS status in the United States for use as flavoring substances. Today, many pyrazines have commercial use in food applications. Chocarom pyrazine is a colorless transparent liquid consisting of a 1:1 isomeric mixture of 3,5-dimethyl-2-isobutylpyrazine and 3,6-dimethyl-2-isobutylpyrazine, as shown in F-1.