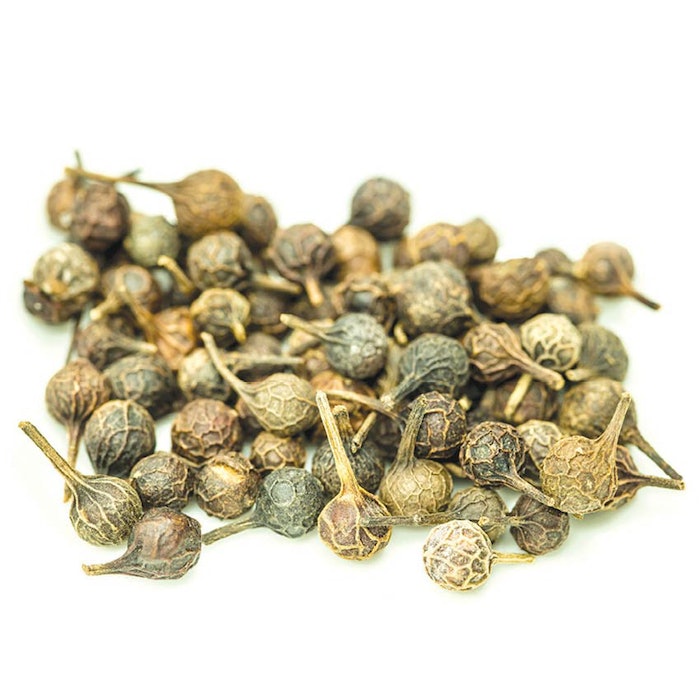 Cubeb oil is obtained by steam distillation of the dried fruit (berries) of Piper cubeba L. (sometimes known as tailed pepper or Java pepper), a member of the Piperaceae family. Piper cubeba is a perennial, woody, dioecious, climbing vine that is mostly grown in Java and Sumatra. The vine possesses slightly aromatic leaves and aromatic globose, berry-like fruit which are borne on a spike similar to black pepper. It is estimated that 5–6 metric tonnes of cubeb oil are produced annually in Indonesia.