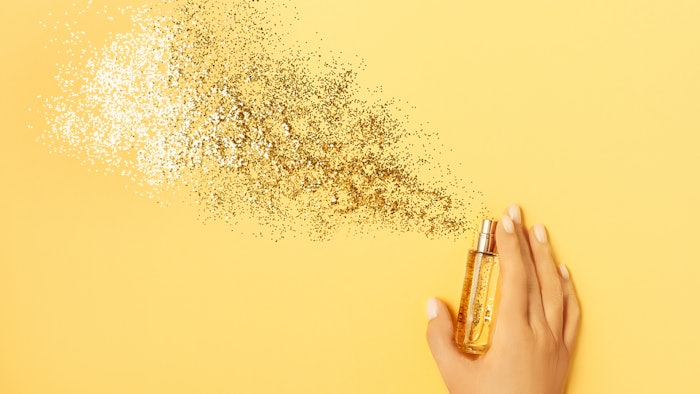 Within the fragrance industry, it’s common to read about how a particular scent will make you feel, as opposed to its olfactory composition.

Linguistically, petrichor is a bit of an anomaly. Certainly, in the West, European languages lack a specialized vocabulary to express odor qualities—even incredibly common ones.

In English, we don’t really have a word to describe the smell of petrol, for example, or freshly cut grass. This is because English speakers predominantly use source-based descriptors to describe scent. We say an object smells like a rose, or like chocolate.

It was this lack of dedicated olfactory language that gave rise to the idea that our brains aren’t wired to be able to put scent into words. Yet, this was a Western myth; in many other cultures, scent and language share a more symbiotic relationship.

The Jahai of the Malay peninsula—a group of nomadic hunter-gatherers—are able to describe smells with impressive accuracy. A 2013 study found that 50% of English speakers routinely struggle to name common odors like coffee, but Jahai speakers could accurately identify and describe very specific scents with ease.

So why does English not lend itself to olfactory description? One theory is that, over time, our evolutionary need to describe smells diminished, and the words we might have used disappeared, too.

For this reason, within the fragrance industry, it’s common to read about how a particular scent will make you feel, as opposed to its olfactory composition.

This isn’t just a marketing tactic. When we smell something, instead of activating the cerebral cortex (the part of the brain that processes language), scents activate the limbic system, which is where we store long term memories and emotions. It’s why our sense of smell and memory are so closely connected. And it’s this link to memory that has historically encouraged brands to communicate in esoterism and abstraction. Take a second and think about a stereotypical fragrance ad—often they’re pretty leftfield.

Instore, this leftfield esoterism has traditionally worked well to entice people into a highly experiential environment where you’re surrounded by scent. Online, however, shoppers generally don’t have time for ambiguity. According to the New York Times, personal fragrance is performing worse online than any other beauty category.

Many heritage brands have struggled to attract online customers, losing ground to digitally savvy industry newcomers. One such example is Commodity, a boutique U.S. fragrance brand that has gained a cult online following. Keen to remove the smoke and mirrors that tend to surround fragrance, they opted for a much more digital-friendly, elemental approach.

As brand partners, our first port of call was looking at Commodity’s use of language. For an American perfumery, it didn’t make sense to use French terminology like eau de parfum (less concentrated) and eau de toilette (more concentrated), especially in light of research that showed how consumers find the terms confusing.

So, we created the concept of Scent Space to provide a more accessible way of visualizing and verbalizing potency. This meant each fragrance could be produced in three different Scent Space configurations: personal, expressive and bold, with personal the lightest and bold the heaviest. This concept modernized much of the language used to describe and classify the strength of any given fragrance, bringing clarity and understanding to consumers. And because different markets prefer different concentrations, the creation of Scent Space also solved certain logistical and distribution issues. In the Middle East, for example, stronger scents are preferred, as opposed to Asia, where lighter scents prove more popular.

Naming the fragrances was also a key part of the communications strategy. Fragrance naming tends to veer between two extremes. On one hand, it’s common to find fragrances with highly esoteric, abstract names like Mumbai Noise (Byredo) or Bistro Waters (DS&Durga). On the other, you’ll find ingredient-led naming conventions that, although highly functional, do little to excite the imagination (Myrrh & Tonka by Jo Malone, for example).

For Commodity, the challenge was to find names that were descriptive with an emotive appeal. In keeping with the brand’s elemental aesthetic, we selected nouns that evoked the soul of each particular scent. “Book,” for example, evokes the smell of fresh paper with slightly woody overtones. “Gold” signified a musky fragrance with amber and vanilla. This made the fragrances as accessible as possible while still retaining a deeper emotive, storytelling appeal.

As an industry, fragrance has long leaned on its heritage. Going forwards, finding the right words to appeal to a new generation of digitally native fragrance consumers will be more crucial than ever.