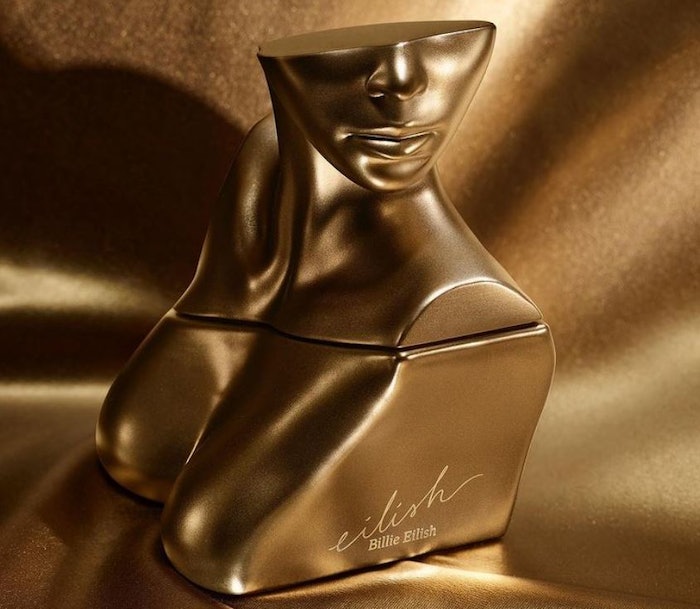 The fragrance opens with sugared petals, accented by mandarin and red berries.
Photo via @billieeilishfragrances on Instagram

Phoenix Beauty Ltd. has been appointed by Parlux Ltd. (Parlux), to be the UK distributor of Eilish, the debut fragrance from American singer and songwriter Billie Eilish launching in the UK in Spring 2022.

Eilish launched in the United States in November, quickly selling out days after its debut. The fragrance will be launching in the UK exclusively with Harrods on March 8, 2022, before rolling out in April 2022.

The fragrance opens with sugared petals, accented by mandarin and red berries. The heart of the fragrance unfolds with soft spices, cocoa and vanilla with base notes of warm musks, tonka bean and sleek woods. According to a release, the bottle is gilded in amber-bronze and is inspired by the singer's favorite parts of the body: the chest, neck and collarbone. Eilish is vegan, cruelty-free, and made with clean ingredients.

Lori Singer, president, Parlux Limited, stated,  “One of the most important parts of our partnership was making sure Billie was able to debut her signature fragrance through her own channels, on her own terms, to continue to connect directly with her fans. From the very first meeting to today’s launch, Parlux worked closely with Billie to make sure every step of the process aligned with her vision, which included the fans being able to get the scent directly from her. After many months of a unique remote development process, we are so excited to introduce Eilish to the world.‘’ 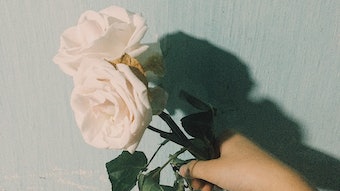 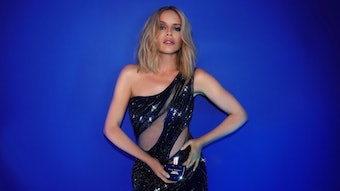