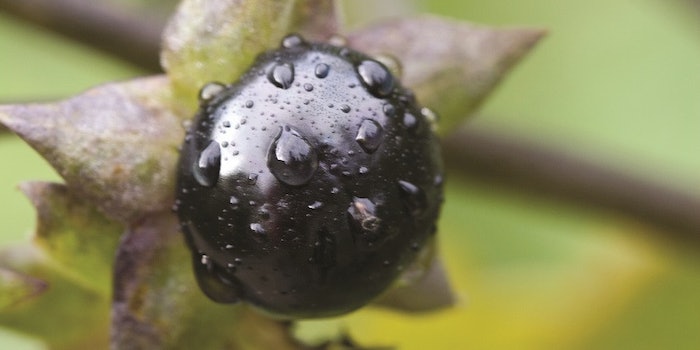 There is nothing more intoxicating than the aroma of flowers lifting from the breeze. Some scents are so delicate they catch you unawares – a drifting sort of fragrance that is forgotten almost as soon as experienced. Others stay with you. Spinning with headiness, they linger, clinging to memory, strong enough to taste. Some are saturated with crayon-bright color, while others are moonlight pale. All serve their purpose: to entrance, to pollinate, to continue. When poisonous, they are all the more alluring in their beautiful danger. Many have become the muse of myths and tales, and have throughout history tamed humanity’s hubris with their deadly touch.

White oleander’s lingering sweet scent and innocent pink or white petals betray deadly toxins racing throughout every single part of the flower. In Janet Fitch’s novel, White Oleander, a scorned woman poisons her lover by saturating his food and drink with white oleander blooms. Her blindingly pale beauty binds her in form and function to the lethal flower. Her poisoning is described as an art form: thoughtful, precise, and full of poetic passion.

“The Santa Anas blew in hot from the desert, shriveling the last of spring grass into whicker of pale straw, only the oleanders thrived, their delicate blooms, their dagger green leaves.”1

“This time she put a spring of oleander in his milk, another in his oyster saucepan his cottage cheese. She stuck one in his toothpaste. She made arrangement of white oleanders in a hand-blown vase on his coffee table, and scattered the blooms on his bed…How lovingly she arranged the dark leaves, the white blooms.”2

Oleander has long been a deadly lady to contend with, with accounts of her blossoms causing the death of innocent campers using the branches for hot dog roasts in the 1960’s,3 to the possible deaths of a hundred men in Napolean’s troops who were roasting their meat on oleander branches. The 17th-century writer, Heuchler, in his guide, Magic Plants, warned against tasting honey made from the oleander bees who were drunk on her pollen.

“The blossom is so dangerous that even honey made by bees that used the oleander plant for nectar is poisonous.”4

Oleander is just one of many poisonous flowers for which its properties were used for centuries. Belladonna, known as deadly nightshade and datura are equally lethal, and so entrenched in the zeitgeist of poison lure, that they became associated with magic and the evil-doings of witches. Magical plants, witches and poison potions have always gone hand in hand in both magical tracts on folkloric magic, as well as 17th-century accounts of witchcraft trials, where witches were accused of rubbing scented fats of datura, henbane and belladonna over their bodies and broomsticks in order to fly to the Devil’s Sabbath. More likely, the broomsticks were used to stir flower essences with fats that were then straddled in ritualistic practice, and full of toxins causing the hallucination of flying. The power of plants, flowers and herbs was considered fearsome and connected to the workings of demons rather than that of Mother Nature. Historical grimoires are full of herbal magic containing plants such as juniper for warding off demons, wormwood used in sacrifices and to obtain divine apparition, and deadly belladonna and poppy-like alkaloid toxin-based vatica flower “to bring on madness, ravings and sleep.”5 In the name of beauty, Belladonna was used in low doses by Renaissance women as eye drops to expand the pupil, thus earning its name, “Beautiful Woman.” It would cause blurred vision and on an extended basis, blindness. This practice continued throughout the Victorian era, where fashionable ladies would drop either belladonna, lemon, or perfume in each eye to achieve the ultimate dewy-eyed look.

One of the most fascinating Belladonna enthusiasts was Giulia Tofana, who during the 17th century concocted and sold Aqua Toffana, a “beauty aid” boasting an ingredient list of arsenic, lead and belladonna. Fame of this coveted and cleverly packaged cosmetic sold as powdered makeup, or in a perfume vial with the face of St. Nicholos of Bari emblazoned on the front spread throughout Palermo, Naples and Rome, leaving approximately 600 poisoned husbands in its wake. Poisons purchased in the guise of beauty aids and the resulting martial homicides did not stop there.

The Victorian era boasted the famous arsenic poisonings of Essex, England. Caused by seemingly innocuous cosmetic aid, Dr. Rose Sears and Roebuck Arsenic Complexion wafers, which claimed to be “Perfectly harmless: Possesses the wizard’s touch in producing, preserving and enhancing beauty…surely developing a transparency, pellucid clearness of complexion, shapely contour of form, brilliant eyes, soft and smooth skin…” The wafers nibbled on by beauty chasers caused a number of accidental poisonings as well as being used alongside arsenic powders mixed in butter in a rash of human poisonings.

In the Medieval era, flowers would be tainted by the poisoner as they bloomed in the fields. In an act both brilliant and diabolical, the poisoned blossoms would be set into fashionable pomanders or nosegays reserved for the nobility, usually used to stave off the stench of the masses. The cleverly designed pomanders would hide the flowers, poisoning the wearer as they leaned in to smell the aroma. Another account of olfactory poisoning was the demise of Pope Clement VII, who “died of fumes from a poisoned torch.” 5

With the advances in chemistry paired with the important International Fragrance Association (IFRA) and Research Institute of Fragrance Materials (RIFM) requirements on safety and regulation, modern perfumers thankfully do not play with poisonous petals. Inspired perfumers re-envison the scent of toxic flowers with safe aroma chemicals and essential oils, creating ingenious non-poisonous fragrances that play with the concept of death and beauty; concocting alluring potions in the flower’s honor that catch us in their aromatic web.

Geisha Green by perfumer Maria McElroy of Aroma M was inspired by absinthe recipes of the 1800’s, and she does in fact add a small controlled dose of hallucinatory wormwood within this spellbinding potion. “The natural wormwood gives Geisha Green this hypnotic, warm element,” the perfumer explains. “I love the idea of chasing the Green Fairy. For me, the Geisha Green is an aromatic cocktail, embracing all of the narcotic and sexy and qualities of absinthe. It’s the naughty scent of wormwood, licorice and black current overlaying an innocent note of violet – a modern take on the Belle Epoque.”

Another addictively gorgeous fragrance devoted to a deadly note is Serge Luten’s Datura Noir, which rises in a steam of intoxicating florals. Bitter almond, a poison on its own, cleaves to the tuberose, which deepens the hint of fruits. Poisoned fruits hanging from their tender limbs come to mind. Danger is this perfume’s raison d’etre.

In a nod to Belladonna’s Venetian history, Shay & Blue’s Atropa Belladonna, created by perfumer Julie Massé, allows for the intoxication of natural jasmine and white narcissus to slowly unfold beneath a succulent cassis and darker woods. The narcotic magic of this scent reaches you quite a while after you’ve settled into its safe base.

Perhaps the one of the most ambitious and stunning suites of perfumes devoted to poisonous flowers comes from visionary, Joseph Quartana, who, in his collection, Les Potion Fatales, re-envisions the poisoner’s pallet into a spellbinding olfactory tale complete with gorgeous psychedelic packaging by artist Aerosyn-Lex Mestrovic. Nine perfumers designed nine fragrances in all, each reflecting their chosen flower’s deadly traits, and each uniquely captivating. Three standout fragrances are Venetian Bella Donna, Midnight Datura and Lily of The Valley. Venetian Bella Donna, by Pierre-Constantin Gueros, is an intoxicating play of dark and light, as cassis and warm cognac, labdanum and suede set the scene for a silky violet and iris that seem to shimmer on the surface. Midnight Datura, by Lisa Fleischmann, traps us with bright green notes, seemingly innocent, like memories of sunlight, yet it quickly catches us in its moonlit web of deep rum, tuberose, jasmine, musk, vanilla and spices, leaving a sillage of sensuality. Lily of The Valley, by Nathalie Benareau, is like a forest wet with morning dew, though touched with a sinister shadow of a lovely syrup of dark rose absolute embraced by labdanum and a black leather glove accord.

When we think of the hold flowers have on us…the trance we are put in from the aroma, we are like bees, dizzy and drunk on fragrant fumes. It is not often that we see those bright colored heads and delicate fragrant petals as poisonous weapons. Yet, lily of the valley, named for the Virgin Mary and the tears she shed, slows the heart rate with its toxic touch. Beautiful foxglove causes delirium, angels trumpet’s scopolamine-filled stem creates a vacant, zombie-like effect on its victim, wolfsbane’s enchanting purple flowers slow the heart and paralyze, and the aromatic kiss of the reigning femme fatales, datura, oleander, henbane and belladonna is fatal.

Flowers continue to do what they must – dotting the landscape with color and scent; in harmony with forest, field and meadow, forever unaware of their power and beauty.

3.) Magnus, A. (16th century) The Book of Secrets: On the Virtue of Herbs, Stones, and Certain Beasts, Also a Book Of the Marvels of the World, (1973) Oxford University Press