Endpoint: From Scent Dieting to Flavor Irritants: ‘Wellness’ in F&F 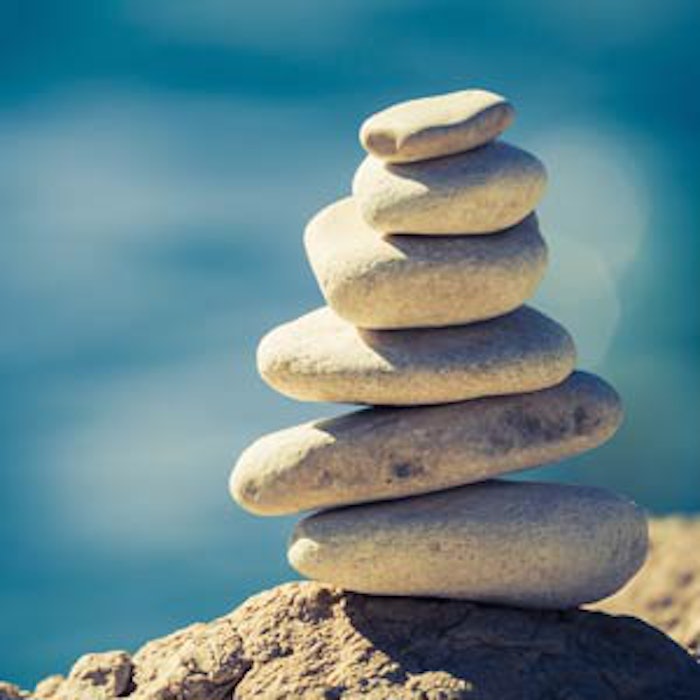 What does the word wellness bring to mind? Sinking into a neck-deep mud bath? Meditating in a swirl of incense? Hitting the gym four times a week? Or maybe crunching away on home-grown, organically harvested vegetables? Recycling, composting, supporting fair trade, etc., all elicit a sense of wellness in some form.

The concept of wellness has risen from a physical state to an emotional experience—but it’s more than tea-leaf mumbo jumbo or marketing puffery. As recent research in F&F reveals, although the exact mechanisms remain shrouded in mystery, both aromas and flavors tap into the psyche and can measurably impact emotions, both positively and negatively.

Separately inhaling bergamot, peppermint, sandalwood and ylang ylang also elicited decreases in skin temperature during the tasks, which according to the researchers is significant since these oils have differing sensory spectra. Taking the results as a function of the behavioral tasks, the researchers concluded there may be something in the nature of essential oils with versatile psychophysiological potential.

Obviously the complete paper1 goes into much greater depth. From a high-level perspective, though, the data is clear: the positive or negative impression of scents can change behavior. Just think about how the smell of coffee or bacon motivates you in the morning. Or how you might buy the same fabric detergent or dryer sheets that smell like your childhood home.

As these authors concede, further research is needed to understand odor discrimination beyond the early stages of olfaction. They suspect the limbic system is involved, which plays a crucial role in motivation, memory, emotions and instinctive behavior.

But then again, there are commercial examples of fragrances to elicit behavioral—and physiological effects. Perhaps one of the most extreme is a fragrance to lose weight.2 As reported in The Sun, the fragrance Prends Moi, by Velds, smells zesty like bergamot and mandarin. Created by the Centre of Biological Research and Cutaneous Experimentation, the scent was designed to trigger feel-good endorphins to curb the desire to emotionally binge eat.

I’d be happy to put my order in and test it for you, dear readers, but apparently the back-order list is thousands long. Clearly, the marketing hype has also helped to influence buyer behavior, but I’m comforted to know that science is behind it—and state this only influenced by my cup of coffee.

As fragrance and flavor are closely integrated, let’s take a look at the flavor side of the equation. Interestingly, as I searched for information connecting flavor with wellness and emotion, the latest relevant studies integrated health elements, which makes sense if you take the “health and fitness” perspective on wellness. Following are some of the findings.

In addition, the cakes were evaluated before and after subjects received information on the health benefits of the oils, to see how this would affect ratings. Regarding overall aroma and taste, liking scores were initially highest for butter or EVCO cakes, and slightly lower for EVOO and RBO cakes. The green-fruity notes contributed significantly to the EVOO aroma, while RBO imparted an off-flavor, due to its use at high temperatures. The effects of oil types on sensory liking were more pronounced for aroma, taste and texture-related attributes than for appearance-related attributes. The EVCO cake also had emotion scores comparable with those of butter sponge cake. However, after the potential benefits of EVCO were revealed, it was rated significantly higher than the butter sponge cake.

After health benefit statements of EVCO, EVOO and RBO were given to subjects—butter simply stated “made with butter”—the positive emotional intensity scores increased. While most of these increases were significant (p < 0.05), the most notable ones related to emotions of feeling happy and pleased for the EVCO cake, and pleased for the EVOO cake. So, as one might expect, the oil type and health benefit statements significantly impacted the positive emotions elicited by sponge cake.

I think it’s a no-brainer that the butter sponge cake was initially well-liked. It’s one of those flavors many of us enjoy, and it’s in just about every “comfort food” I can think of. It’s also no surprise that “good-for-you” oils increased the liking scores of the sponge cakes. Putting a healthy spin on conceivably “naughty” treats gets my vote any day.

A recent Washington Post blogger4 goes even further to improve the flavor of an already healthy food, broccoli, by cooking with a trendy health ingredient, nutritional yeast. According to the post, this golden, flaky powder has a cheesy, nutty, savory flavor and can be sprinkled on just about any vegetable or savory/salty snack. In addition, every two tablespoons of it reportedly adds nine grams of protein and four grams of fiber to food, and only one gram of fat and 60 calories. There are additional vitamin and mineral benefits as well.

Another flavor-health connection appears in a trends report from the National Restaurant Association,5 where African and Middle Eastern flavors are cited as hot now and up-and-coming, respectively. The spice to watch is reportedly turmeric, which is said to cure almost everything—and one reason why it’s being noticed.

The trends report also noted the food and restaurant consulting firm Baum and Whiteman, in New York, has observed a shift from plain heat to aromatic and flavorful spice blends and sauces. For example, the African peri peri pepper is gaining interest, and sweet and spicy gochujang Korean barbecue sauce is emerging in Asian fusion dishes. So is kimchi, a fermented vegetable sauce that starts with a sour taste followed by eye-watering heat.

This sensation of heat and warmth by flavors can be tied to health benefits as well. A new book on chemesthesis by McDonald, Bolliet and Hayes6 explores chemical stimulation by food flavors. It follows the 1990 book called Irritation by Green et al., which recognized the stimulation of nerves, for example by capsaicin, as being crucial to food flavors—although little was known about how irritation contributed to food flavor. This initiated the new book on flavors based on irritation stimuli; e.g., onion, ginger, soda water, rum, vodka, mustard, pepper, vinegar and others.

According to the new book, explanations for consuming flavors such as chili pepper have ranged from benefits in food preservation, masking food spoilage and inducing perspiration—thereby causing an evaporative, cooling effect—but little evidence supports these. Nutritional and sensory benefits, though, are supported by science, since oral stimulation by chemesthetic agents has been linked to salivary flow and gastric juice secretion, thus aiding digestion. Further, pungent spices such as ginger, piperine and capsaicin stimulate bile flow, leading to fat digestion and absorption without fat accumulation due to effects of thermogenesis and enhanced lipid oxidation. Anti-inflammatory and cholesterol-reducing effects have been identified, too.

Overall, though, no consensus has been reached as to why some individuals like oral irritation from spicy foods. Genetic influences may be at play, while personality or cognitive factors may account for the willingness to try new food sensations, including initially aversive ones.

Whether flavor preference is tied to memory, perception, sensation, health benefits or all of the above, it’s clear the experience is personal, much like fragrance. For F&F developers, this can pose a challenge to create offerings that appeal to all. But maybe that’s not the point. Flavors and fragrances are perceived personally anyways. So maybe the better option is to create a multitude of options, allowing them to mix to their preference. This will not only appeal to their psyche, but also match their sense of muddy, sweaty, veggie or recycled wellness.

Can spiciness provide both heat and wellness?

Although the lemon essence calmed subjects during the math task, it might be a bit premature to whip up a lemon-infused commercial fragrance to ease math test jitters.