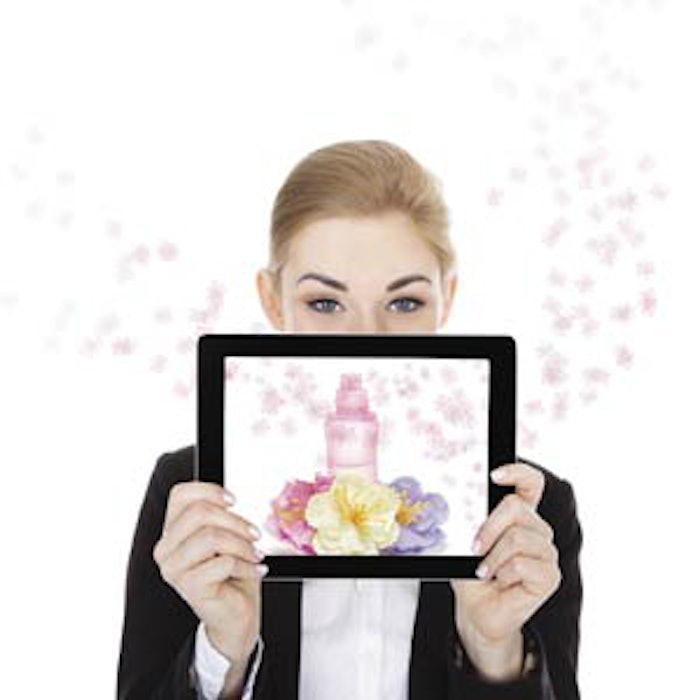 Scratch ’n sniff stickers and flavored goop-filled gum made for some of the most exciting and novel childhood sensory experiences. Yet, the futuristic “smell-o-visions” in old movies and cartoons could not have prepared me for today’s Willy Wonka* reality of “smell phones,” bacon-flavored seaweed and more. This article reviews some state-of-the-art inventions in F&F, in hopes of sniffing out what’s next.

First, with a commercial launch set for 2016,1 the oPhonea was developed to transmit scent signals between smartphones. Compatible with Apple’s iPhone, this device was invented in 2014 by a team of researchers from the Wyss Institute for Biologically Inspired Engineering, and the Harvard School of Engineering and Applied Sciences.2

For those who know about this invention, bear with me—it’s leading to new things. If you haven’t heard, David Edwards, a Harvard professor, and Rachel Field, a former student, developed the oPhone. It resembles a desk phone to which two small hollow towers are attached, and from which scents emerge.

Stay with me now. The sender uses an iPhone app called oSnap to create something called an oNote profile. This profile includes a photograph and a scent chosen from an aroma palette of 32 options. The sender forwards this oNote to the recipient, whose iPhone is synced to the oPhone device via the same app. oSnap then reads this note to re-create the aroma for the recipient via an oChip, which is housed in the oPhone. It’s this chip that creates the actual smell.

As Beta Boston reported,3 the oChips are housed in scent cartridges and contain solid “wicks” infused with scent chemicals. Once an electric signal is received by the chip, the oPhone spins the scent or scent combination in front of a small fan, which outputs the scent into the air.

Not to suggest patent infringement, but all of these moving parts present opportunities for related work that optimizes fragrance transmission; from new apps and devices that expand scent offerings, to refinements in delivery and future applications. In fact, Edwards has expanded the oPhone concept to books and music that emit scent experiences, as well as wearable bracelets that give off mint or chocolate smells.

Theaters got a jump on scent transmission years ago. I remember as a kid, “flying” through a fragrant citrus orchard on one particular theme park ride. And from the looks of a recent patent application, the National Institute of Information and Communications Technology4 has plans to move such “high immersion experiences” into television and personal computers. One can only assume this includes gaming systems and interactive 3D headsets.

Further, thanks to P&G’s Febreze Connect, now we can wirelessly control scent in our homes. Using a Wi-Fi plug, this device is programmed from a smartphone app to emit one of two fragrances. It can even be synced with a Nest thermostat to set a relaxing scent to come home to, or a stimluating one to perk you up in the morning.5

• Bacon Seaweed and Other Tastebud Tricks

In the flavor realm, incremental advances are having a huge impact. Take flavor loading, for example. In one recent patent application,6 Pepsico described food grade aerogels developed using supercritical CO2 that allow for flavor loading capacities of up to ~70%. This compares with spray-dried flavor encapsulation technologies, which typically only exhibit ~20%. The new approach could lower costs by cutting the amount of flavor required to pack the same punch.

Then there’s the task of replacing or enhancing salt, sugar and other flavors consumers crave. In relation, a chitosan salt was developed7 for blending with a regular salt to retain regular salt flavor but with added benefits and reduced salt intake. High-fat taste and texture are other addictive sensations. To replace them, an approach was developed8 to subject low-fat foods to an enzyme or cation treatment with specific cooking or drying techniques. This gives the low-fat food a conventional snack food texture, flavor and other similar characteristics.

One of my favorite flavor breakthroughs, however, made headlines last summer, when Oregon State University researchers discovered a red marine algae called dulse, or Palmaria sp. It grows quickly, is high in protein and has an unusual flavor characteristic: when cooked, it tastes like bacon.9 Or, so they say—I remain skeptical; samples may be directed c/o me at the address on our masthead.

• Visualize This: Flavors in 3D

Green tea, hops and cannabis were among the extracts tested to develop a tool to visualize flavor chemicals in 3D. The work, published in Planta Medica,10 describes a three-step process of: 1) chemically profiling samples to characterize metabolites of commercial interest; 2) combining non-targeted assays to gather large amounts of data; and 3) creating 3D renderings of the samples using principal component analysis (PCA).

Clearly, the implications are broad, and will improve not only efficiencies but also ramp up speed to market. Of course, with great power comes great responsibility, so it also could spell tighter constraints on given material limits. Hold onto your taste buds, this could be a bumpy ride.

To end on a happy note, let’s recap a patent application11 covered on PerfumerFlavorist.com that sparked interest from readers. The University of Geneva discovered how to identify receptor/ligand pairs that respond to scent and taste stimuli. In mice and flies, following in vivo or ex vivo exposure to a chemical stimulus, sensory neurons modulated their number of transcripts corresponding to the olfactory receptor expressed. According to the researchers, this could become a critical tool to scan for agonists and antagonists, and potentially extend to other chemoreceptor/ligand pairs and other species.

I think it’s safe to say the industry’s right on track with science fiction-turned fact. Willy Wonka* is smirking with a nod of approval. As the classic 1971 film teaches us, anything is possible. “We are the music makers and we are the dreamer of  dreams.”

a oPhone is a trademark of Vapor Communications, Inc.