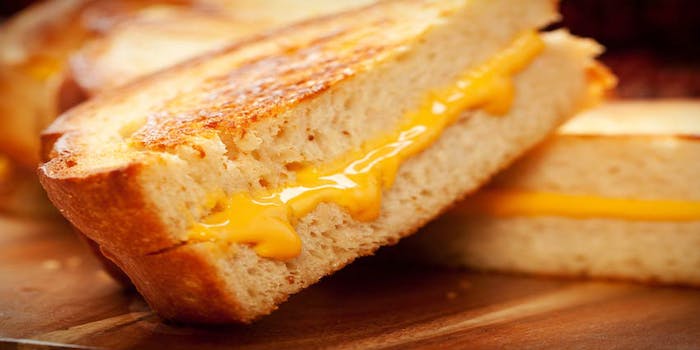 In the March 2017 issue, I selected iso-butyric acid, an aliphatic acid that displays a subtle profile combining the cheesy note of butyric acid with the vinegary note of acetic acid—an attractive balance and useful in flavors. Hexanoic acid (FEMA# 2559, CAS# 142-62-1) also combines two different notes, but the effect, to me at least, is less than beguiling. Hexanoic acid has some of the cheesy profile of butyric acid, but also some of the goaty allure of octanoic acid. The effect is a little harsh and would seem to make this raw material more difficult to use outside the narrow realm of dairy flavors.

This chemical highlights one of the greatest dangers for flavorists. We all have preferences—strong likes and dislikes—for individual chemicals, and those preferences are difficult to ignore. Hexanoic acid is found widely in nature and contributes to a smorgasbord of different flavor profiles, but I am quite reluctant to use it. It takes a leap of faith.

Note, the dose rates given throughout this article are the levels suggested for use in flavors intended to be dosed at 0.05% in ready-to-drink beverages or in a simple bouillon.

Cheese: If I have my reservations about hexanoic acid in subtle flavors I have no such qualms about its use in dairy flavors. Good cheese flavors are built around a complex of aliphatic acids and hexanoic acid is a key part of that complex. Ideal levels in cheese flavors vary, but 10,000 ppm is a good place to start in cheddar style flavors.

Butter: Butter flavors cover a very wide range of profiles, but this ingredient can make an excellent contribution to all of them, just at widely differing levels. A reasonable starting point is 4,000 ppm.

Cream and Fresh Milk: The role of this acid (and the entire complex of aliphatic acids) in cream and fresh milk flavors is much more restrained. A good level in both categories is 200 ppm.

Condensed Milk: Condensed milk flavors have a slightly more emphatic cheesy note than fresh milk flavors and the level of addition of hexanoic acid can be usefully elevated to 1,000 ppm.

Raspberry: Of all berry flavors, I think hexanoic acid is most at home in raspberry flavors, adding depth and complexity at up to 1,500 ppm.

Blackberry: A better level for blackberry flavors is 1,000 ppm, having a similar effect to raspberry flavors.

Blackcurrant: Typical catty blackcurrant flavors do not have much need for hexanoic acid, but more natural tasting flavors can derive a great deal of benefit from levels up to 800 ppm.

Strawberry: Hexanoic acid is also very much at home in strawberry flavors. Levels vary dramatically, and it is quite possible to use high levels, but modest levels in the region of 500 ppm have a more natural effect.

Cranberry: 500 ppm of this aliphatic acid are similarly useful in cranberry flavors, adding depth and realism.

Mango: Hexanoic acid is quite useful in mango flavors, adding depth and balance. Moderate levels of addition are preferred, start at 500 ppm.

Passionfruit: This ingredient adds helpful bite and realism to passionfruit flavors. The ideal level depends on the profile significantly, but 300 ppm is a reasonable starting point.

Pineapple: The effect in pineapple flavors is similar, adding a useful edge to ethyl hexanoate, and the best level is similar, around 200 ppm.

Watermelon: Authentic watermelon flavors are very subtle and it only takes a very modest addition of this ingredient, around 50 ppm, to round out the profile.

Plum: Plum flavors can easily become heavy, dull and boring, but 1,000 ppm of hexanoic acid injects a little life and attack into even the dullest profile.

Apple: In common with many of the previous flavors, a moderate addition of hexanoic acid enhances the skin character as well as adding general complexity. A good starting point is 400 ppm.

Apricot: Apricot flavors also need good skin notes and the effect is quite similar. The best level to start with this ingredient is 500 ppm.

Banana: In contrast, banana flavors do not really have much of a well-defined skin character and the best level of addition is 100 ppm.

Orange: Hexanoic acid might seem like a strange ingredient for orange flavors. It is not in any way a peely note, but it adds lift and authenticity to orange juice flavors at 800 ppm.

Peach: Peach flavors behave in a very similar way to apricot flavors and have exactly the same optimum level of this ingredient, 500 ppm.

Pear: Pear flavors, in contrast, behave very similarly to apple flavors, and 400 ppm is also a good starting point in this category.

Bread: Hexanoic acid is essential for good bread and pizza base flavors, underpinning the rich, fermented profile at levels in the region of 3,000 ppm.

Chocolate: Levels vary dramatically in chocolate flavors depending in part on the cocoa note, but particularly on the level and character of the dairy component. Start at 300 ppm in mild cocoa flavors and range up to 2,000 ppm in creamy milk chocolate flavors.

Caramel, Toffee and Butterscotch: All three flavor profiles can make good use of this ingredient at around 2,000 ppm.

Coconut: Raw and cooked coconut flavors need several aliphatic acids within the mixture to taste authentic. A good level for both of these flavors is 1,000 ppm, but this level should be shaded down to roughly half in coconut water flavors.

Roast Beef: Beef flavors need taste effects and complexity to be perceived as authentic and 500 ppm of hexanoic acid, added in conjunction with a range of other aliphatic acids, provides a good base to work from.

Chicken: The same need for taste effects also applies to chicken flavors and 500 ppm also works for this profile, again, often in conjunction with other aliphatic acids.