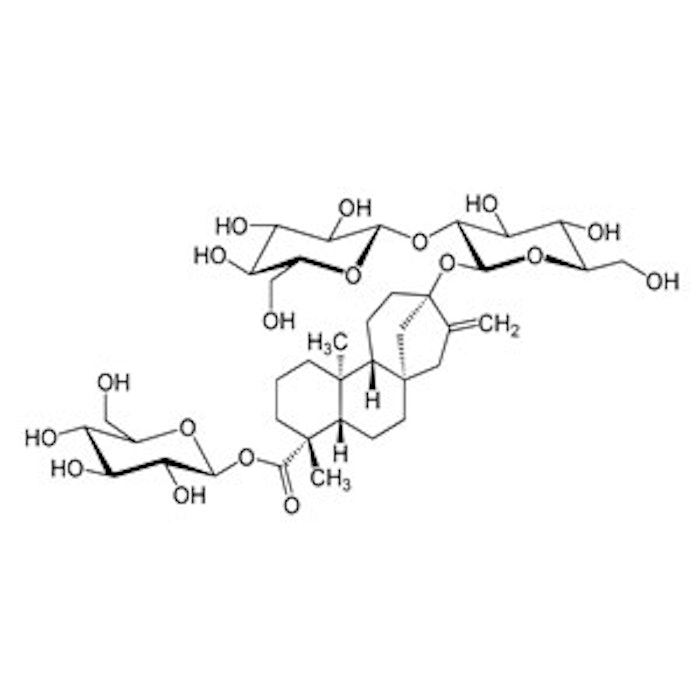 Patent Picks are chosen by the editors from publicly available sources. Today's invention is a glucosylated steviol glycoside as a sweet flavor modifier for use in foods and beverages.

According to the inventors, by increasing the number of glucose units in steviol glycoside molecules, for example, from stevioside to Rebaudioside A, the sweetness intensity increases and sweetness profile (taste) improves. However, the relative sweetness does not increase significantly beyond a certain level with a further increase of glucose units.