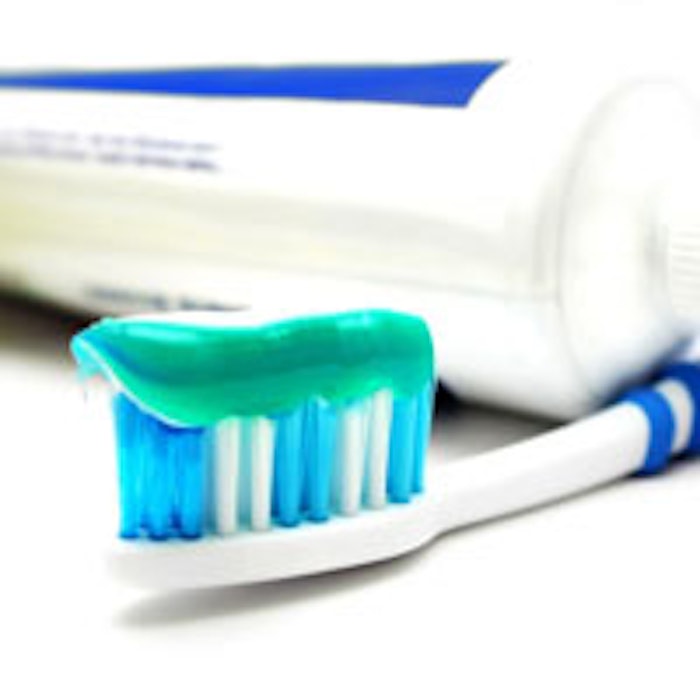 Patent Picks are chosen by the editors from publicly available sources. Today's pick is a multilayered film to deliver flavor in applications such as toothpaste or mouthwash.

The orally acceptable carriers in said compositions contain a first flavor and a multilayered film for extended or delayed release. The film includes at least one center layer containing a second flavor, the same or different from the first, positioned between two outer layers each of which include a release-modulating agent.

Adapted to adhere to oral cavity surfaces, the film's outer layers may comprise a mucoadhesive polymer such as carboxy polymethylene; polycarbophil; or polyvinyl pyrrolidone; and a film-forming polymer such as hydroxypropylmethyl cellulose (HPMC).