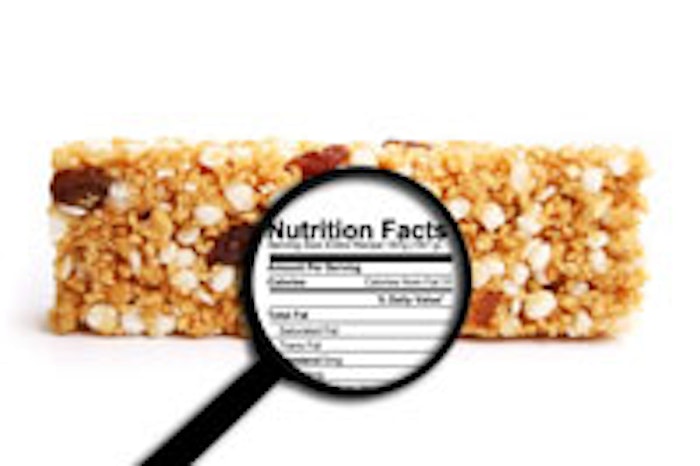 In its latest update, the U.S. Food and Drug Administration (FDA) has issued a supplemental proposed rule that would, among other things, require declaration of the percent daily value (%DV) for added sugars and change the current footnote on the Nutrition and Supplemental Facts label.

The changes listed pertain to certain provisions of the proposed rule issued in March 2014 as a revamp to the label first introduced in 1993.

The public comment period is now open on the matter and ends on Oct. 13, 2015. Click here to submit comments to the FDA on the supplemental proposed rule.

The FDA is also proposing to change the current footnote on the Nutrition Facts label to help consumers understand the percent daily value concept. The FDA said the proposed statement on the label would be shorter than the current footnote to allow for more space on the label, stating: “*The percent daily value (%DV) tells you how much a nutrient in a serving of food contributes to a daily diet. 2,000 calories a day is used for general nutrition advice.”

The FDA said its latest actions are based, in part, on the science underlying a new report released by the 2015 Dietary Guidelines Advisory Committee. The FDA said the report showed evidence of a strong association between a dietary pattern of reduced intake of added sugars and a reduced risk of cardiovascular disease. The evidence also suggested an applicable reference amount for added sugars, i.e., limiting added sugars intake to no more than 10% of total daily caloric intake.