Bitter Taste for Flavor and Health 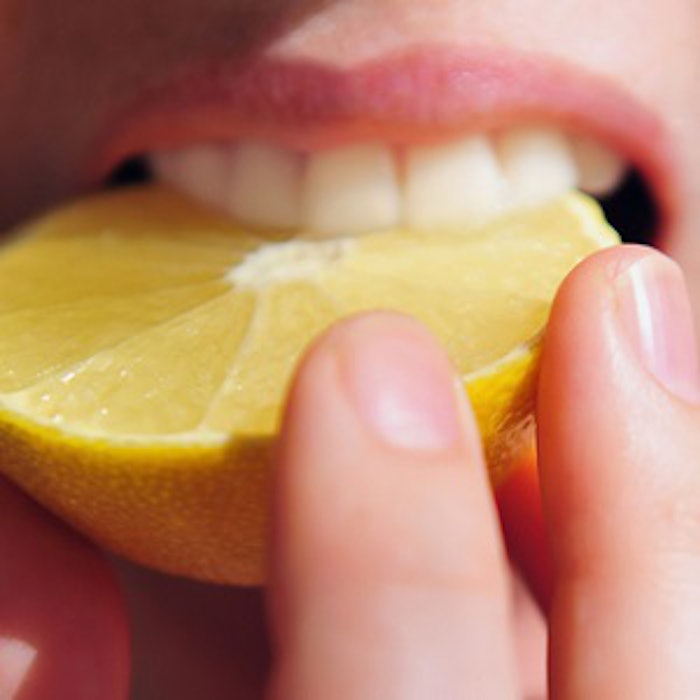 Taste sensation is initiated by the interaction of sapid molecules in foodstuff with receptor cells located in taste buds. A taste bud (F-1) is an onion-shaped structure consisting of 50 to 100 cells embedded in the stratified epithelial layer of the oral cavity. Taste buds on the tongue’s surface are aggregated into three types of papillae that are visible on the surface of the tongue: mushroomshaped fungiform on the front, leaf-shaped foliate on the sides, and round-shaped circumvallate papillae in the back. In addition, some individual taste buds are also found in the soft palate, pharynx, larynx, esophagus and epiglottis. The taste buds located in these different areas are innervated by one of three cranial nerves: the facial, glossopharyngeal and vagus nerves, which convey gustatory information to the brainstem where it is combined with other ascending and descending information before being relayed on to thalamus, amygdala and cortical areas.

The density of taste papillae and the total number of taste buds vary from person to person. People with denser papillae and a greater number of taste buds tend to be more sensitive to taste stimuli. In addition to variation in the periphery, how the brain processes gustatory input can also contribute to one’s taste sensitivity and acuity. The wide variation in taste sensitivity is part of Mother Nature’s diversity, somewhat similar to the variability found in visual or hearing abilities within the general population. Differences in taste perception, however, may have important health and nutritional consequences; by influencing food selection, what you eat, and how much you eat, individual differences in taste sensitivity can directly affect your health and well-being.

Other topics discussed: Receptor Activation Triggers Signaling Cascades; Human’s Dietary Change Relaxes Constraints Against Bitter Receptors; How Many Substances Taste Bitter to Humans?; Bitter to You, but Not to Me; Future Perspectives