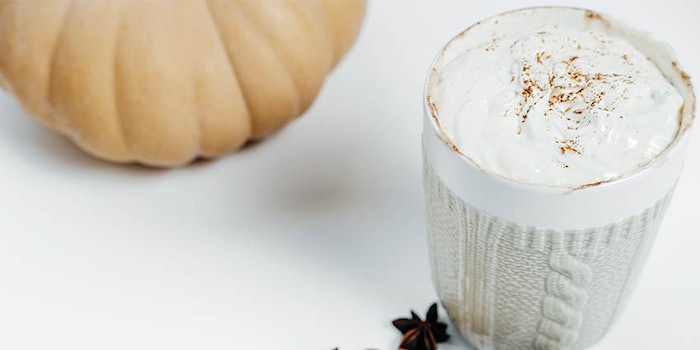 Pumpkin spice is nothing short of an olfactory macro-trend phenomenon. The cinnamon-based spice blend has skyrocketed in popularity over the last two decades, culminating in today’s uniquely American food and drink ubiquity for flavoring anything and everything with pumpkin spice, regardless of possible taste incongruities, packaged as limited editions that encapsulate all the best things of the fall season (the most recent novelty being Spam Pumpkin Spice, available at Walmart and online).1

What is truly remarkable is that neither pumpkin spice’s market oversaturation nor the breadth of its conflicting adopting product forms have dented the demand or weakened the concept of pumpkin spice as the quintessential olfactory metaphor for autumn and autumnal emotions. Whilst the excitement of threshold-marking via limited availability and prompted nostalgia certainly go a long way in decoding why the pumpkin spice spike has endured, this explanation becomes more suspicious when you consider that there are other flavors that could have taken its place but failed (maple, cinnamon apples, s’mores) as well as the fact that no other seasonal flavor (for example, candy mint or gingerbread at Christmas) has found anywhere near the level of acclaim that pumpkin spice has, begging the question of whether or not there is something intrinsic (cultural or physiological) to the flavor of pumpkin spice that makes it so appealing.

Journalist Melissa McEwan revealed the surprisingly humble beginnings of pumpkin spice in a 2014 Chicagoist article that traced its genesis to a “hilariously earnest recipe for ‘Pumpkin spice cakes’ posted in the Washington Post in 1936,” titled ‘Spice Cake Of Pumpkin Newest Dish: Delicacy Tempting to All Appetites and Easy to Prepare. Ideal Dessert for Family Dinner, Healthful for Children.’”2 McEwan then goes on to identify household names such as McCormick for building parlance for what would in the 1960s become known as pumpkin spice through ready-made “pumpkin pie spice” mixes sold in the 1950s.3

Home Roast Coffee in Tampa, Florida is often credited as holding one of the first on-record promotions of “pumpkin spice beans” in 1996, foreshadowing an artisan coffee trend that would eventually gain in rank to make it into the roster of the world’s biggest coffee influencer: Starbucks.4 That said, it was noted in a 2018 Vox analysis that “the pumpkin spice latte almost didn’t exist;” former Starbucks employee Tim Kern commented that “a number of us thought it was a beverage so dominated by a flavor other than coffee that it didn’t put Starbucks’ coffee in the best light.”5

Informal meta-analysis of cultural deep dives on pumpkin spice show that most gravitate towards peer pressure and emotional triggers as the prime determinants of America’s love for the sweet-spicy flavor blend. Whilst Kantha Shelke, a food scientist and spokesperson for the Institute of Food Technologists, told the BBC that “pumpkin is not a favorite food. Children and many adults often avoid pumpkin as they do … root vegetables,” she conceded that “many of us believe we should be happier (and nicer and more giving) during the holidays and pumpkin spice products are just one of those things—like juniper and pine and wood burning stoves and fireplaces—that can change our frame of mind.”6 Scientific American went “to the heart of the matter … one of the reasons the PSL [pumpkin spice latte] and other pumpkin spice products are so popular is because this particular flavor combination is rooted in the ethos of fall.”7

Assistant professor of psychology and director of the neurostudies minor at Longwood University in Virginia, Catherine Franssen, believes that childhood conditioning plays a big role in the perception of pumpkin spice as rewarding and tasty, telling CNN that “it’s not just the pumpkin spice combo but that we’ve already wired a subset of those spices as ‘good’ very early in life.”8 Those “good” memories include “the changing of the season, being warm under the covers, but also the memory of spending enjoyable time with family and friends,” according to Thierry Muret, Godiva’s executive chef chocolatier, as well as “sweater weather, hot tea on rainy mornings, cuddling with bae, football season, Thanksgiving [and] Uggs,” as discussed on USA Today.9