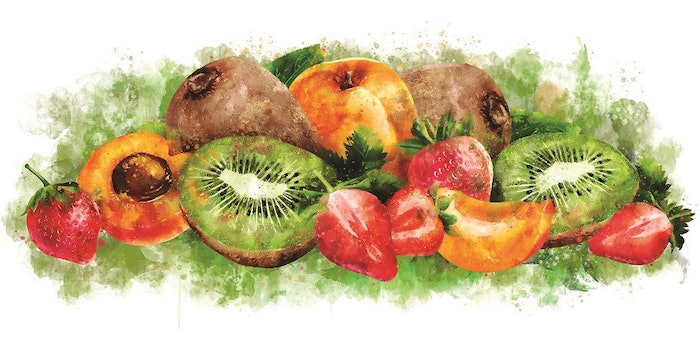 The complex families of related chemicals found in many natural foods gave rise to several different historical creative approaches. One approach was to take the chemical that was subjectively the most effective and use it alone at an exaggerated level. This approach certainly worked. It may not have resulted in the most subtle or authentic flavors, but it lay behind many best-selling creations. The opposite approach was to assume everything was there “for a reason” and had to be included. Creativity was expressed by adjusting the levels of the different chemicals. This, rather more academic, approach also worked, and resulted in many fine flavors. The drawback was the higher than optimal level of complexity, which reduced the impact of the flavor. Perhaps the best approach lies in between these two extremes.

Last month, we looked at hexyl acetate (FEMA# 2565, CAS# 142-92-7). It is often accompanied in nature by a very complex list of related hexyl esters. Two of these stand out from the herd. Hexyl butyrate (FEMA# 2568, CAS# 2639-63-6) and hexyl hexanoate (FEMA# 2572, CAS# 6378-65-0). All three chemicals have complex fruity profiles, the acetate accentuates pear and the hexanoate accentuates passionfruit. The butyrate lies in between. All three esters share similarly challenging “fuzzy” attributes, perhaps best described as fresh, and often work well in combination. The best ratio of the three esters varies considerably with flavor profile.

Apple: Hexyl butyrate and hexyl hexanoate both work to round out the dominant notes of hexyl acetate. Both should be used in the region of 1,000 ppm and add significantly to taste effects.

Apricot and Nectarine: Apricot and nectarine flavors are naturally quite deep in character. Hexyl butyrate is best used at around 500 ppm. Hexyl hexanoate adds subtle realism to the taste profile at 100 ppm.

Pear: This relative balance between the butyrate and hexanoate is also effective in fresh, ripe pear flavors. Hexyl butyrate should be added at 1,000 ppm and hexyl hexanoate much lower, around 100 ppm.

Plum: Hexyl butyrate should take the lead in plum flavors. An ideal level of addition is 2,000 ppm. Hexyl hexanoate should be added at 500 ppm. The use of the three esters in combination is especially beneficial in this interesting flavor category.

Banana: Hexyl butyrate at 800 ppm, in conjunction with around 100 ppm of hexyl hexanoate, work to improve any banana flavor by adding freshness and depth of taste.

Guava: Hexyl butyrate is easily the most useful of the three hexyl esters in guava flavors. A good starting point is 1,000 ppm. Hexyl hexanoate completes the picture at 500 ppm, adding freshness and covering cloying notes.

Kiwi: Hexyl butyrate is also the king of this combination in kiwi flavors. A good level is 1,500 ppm. Hexyl hexanoate should only be used at a low level, around 100 ppm, to avoid tilting the delicate profile towards passionfruit.

Mango: The ideal combination of hexyl esters to emphasize the juicy notes in mango flavors uses similar quantities, around 500 ppm, of all three. If required, taste effects can be enhanced even further by raising hexyl hexanoate to 1,000 ppm.

Melon, Cantaloupe: Cantaloupe melon flavors happily incorporate even higher levels of all three esters, in the range of 1,000-2,000 ppm, depending on the degree of juiciness required.

Papaya: Papaya flavors are better served by modest levels, around 20 ppm, of hexyl butyrate. Hexyl hexanoate can be used at slightly higher levels, up to 100 ppm.

Passionfruit: Hexyl hexanoate really comes into its own in passionfruit flavors. A good starting level is 5,000 ppm, paired with around 3,000 ppm of hexyl butyrate.

Pineapple: The ideal ratio of the three hexyl esters is quite similar in pineapple flavors, but the levels are, understandably, much lower. Hexyl butyrate should be added at around 500 ppm and hexyl hexanoate at around 1,000 ppm. This combination adds a fresh, tropical character and elusive sweetness.

Pomegranate: Hexyl butyrate, at around 2,000 ppm, and hexyl hexanoate, at around 1,500 ppm, help to overcome the dominant iso-amyl esters and their combined effect enhances hexyl acetate immensely.

Watermelon: Levels of all three esters are lower in watermelon than in other melon categories. Hexyl butyrate should be used at around 500 ppm and hexyl hexanoate at around 200 ppm.

Blackberry: All three esters can be used in blackberry flavors at very similar levels, around 800 ppm, giving a lovely, juicy, fresh boost to the profile.

Blueberry: The same comments apply to blueberry flavors. Hexyl butyrate should be used at one hundred ppm and hexyl hexanoate at a mere 50 ppm.

Raspberry: Hexyl acetate is slightly in the lead in realistic raspberry flavors, but hexyl butyrate, at 500 ppm, and hexyl hexanoate, at 300 ppm, round out the profile nicely.

Strawberry: A similar balance works for strawberry flavors, adding hexyl butyrate and hexyl hexanoate, both at around 200 ppm, to emphasize freshness.

Cream and Fresh Milk: Slightly lower levels, 20 ppm of both hexyl butyrate and hexanoate are helpful in cream and milk flavors.

Bacon and Ham: The effect of adding these three esters to bacon and ham flavors is extremely subtle but still useful. Hexyl butyrate and hexyl hexanoate should both be added at 50 ppm.

Rum, Brandy and Whisky: Hexyl butyrate and hexyl hexanoate serve to quietly lift all spirit flavors, both at around 50 ppm.

Tea: Unlike hexyl acetate, both the butyrate and the hexanoate are better suited to black tea flavors than green tea flavors. Levels of use for both esters are in the region of 100 ppm or lower.

Tomato, Fresh: Hexyl butyrate is the most useful ester of the series in fresh tomato flavors and can work well at 300 ppm. Hexyl hexanoate is also helpful, but at a lower level of addition, nearer 50 ppm.