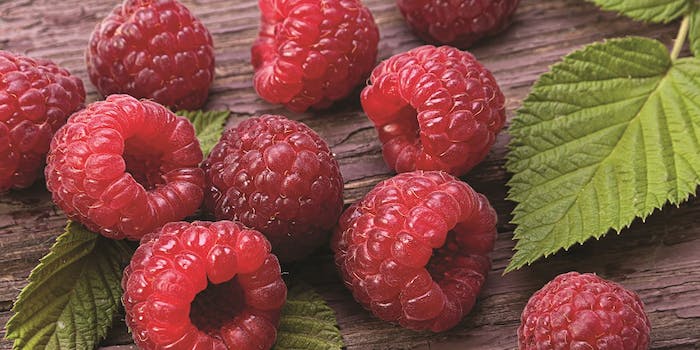 I seem to be getting increasingly nostalgic in my monthly articles on flavor chemicals. Anyway, having got that confession off my chest, here’s another little slice of nostalgia. One of the earliest chemicals identified in food by “bucket chemistry” was raspberry ketone, 4-(4-hydroxy phenyl) butan-2-one (FEMA# 2588, CAS# 5471-51-2). This ingredient was isolated from raspberries and found to occur at various levels ranging from around 10 ppb up to about 4 ppm. This is quite a dramatic range, rather more than could be explained by the obvious fact that some raspberries taste better than others. Raspberry ketone has a fruity aroma, quite specifically raspberry, but with subtle balsamic nuances.

At the time I started working in the flavor industry it was at the heart of almost all successful raspberry flavors. In those days there was a deluge of analytical data and a strong temptation to use that data to emulate nature qualitatively and quantitatively. This is where the problems started. Ten ppb of raspberry ketone was very hard to discern and even four ppm of raspberry ketone did not really do the trick. Most successful flavors were forced to employ vastly higher levels of raspberry ketone to get a realistic effect. That worked to a degree but inevitably resulted in flavors that were seriously unbalanced. Something was wrong. The key change that allowed the use of more modest levels of raspberry ketone was the discovery of a number of related chemicals in raspberries, most importantly zingerone, 4-(4-hydroxy 3-methoxy phenyl) butan-2-one (FEMA# 3124, CAS# 122-48-5). Zingerone also has a fruity, raspberry, balsamic profile. The addition of a methoxy group, as is so often the case, results in a much stronger aroma than raspberry ketone. More importantly, it has a notable synergistic effect when the two chemicals are used in combination. In my opinion, the ideal balance between the two chemicals in fruit flavors is one part of zingerone to eight parts of raspberry ketone, but this does vary with the flavor type.

Blackberry: Zingerone is a great ingredient in blackberry flavors recreating, along with ambrettolide, the magnificent nuances of wild brambles growing in hedgerows. A good starting point is 1,500 ppm.

Cranberry: Cranberry flavors do not lack warmth or depth because they will often be dominated by aliphatic acids such as 2-methyl butyric acid. Nevertheless, zingerone is still helpful in this category because it adds complexity and smoothes out the effect of high levels of the acids. A good level to start is 600 ppm in most styles of cranberry flavors.

Loganberry: Loganberry flavors, in my opinion, are quite similar to blackberry flavors in the context of this ingredient, and the same level of addition, 1,500 ppm, is similarly effective.

Red Currant: Red currant flavors are not exactly a big flavor category, but they pique my interest because of the similarity in profile to cool climate New Zealand pinot noir wines. A level of 40 ppm of zingerone has an interesting effect in red currant flavors and might also be interesting in red wine flavors.

Strawberry: Adding zingerone to strawberry flavors may seem a stretch but at around 200 ppm it can be helpful by disguising modest levels of vanillin. I have a strong bias here because I dislike the effect of vanillin in strawberry flavors but am sadly forced to accept that it is often necessary.

Cherry: Outside the berry category zingerone has the most interesting effect in cherry flavors. Levels vary dramatically but the most natural profile is achieved with around 50 ppm.

Mango, Passionfruit and Pineapple: Zingerone should be used without raspberry ketone in tropical fruit flavors and only trace levels are needed to add subtle authenticity. A level of 10 ppm works best in mango and passionfruit flavors and 20 ppm is ideal in pineapple flavors.

Watermelon: Watermelon flavors can make good use of raspberry ketone and the extra addition of zingerone at 50 ppm improves the effect.

Almond: Almond and pistachio flavors can often lack depth because of the preponderance of benzaldehyde and the modest addition of only 40 ppm of this ingredient can be helpful to reduce this effect. Zingerone is best used alone in nut flavors and not in combination with raspberry ketone.

Hazelnut, Peanut and Walnut: Other nut flavors can also make good use of similar levels of zingerone. A level of 40 ppm works best in hazelnut and walnut, but peanut flavors can benefit from 50 ppm or more.

Beer: Adding zingerone to a light beer flavor would probably not be a great idea but it works very well, added alone, in dark beer flavors at levels of addition in the region of 50 ppm.

Chocolate: Zingerone (again added alone) works better in chocolate flavors than in cocoa flavors, and adds attractive depth to the profile at 500 ppm.

Coconut: The effect of zingerone in coconut flavors is very subtle, but 20 ppm can add realism to coconut milk profiles.

Ginger: Most ginger flavors are constructed on a bedrock of natural ginger oils and extracts but 2,000 ppm of added zingerone (added alone) gives a warmer, deeper flavor effect.

Oyster: Zingerone might seem an unexpected ingredient in oyster flavors, but it has a surprisingly realistic effect at 60 ppm.

Rosemary: Rosemary oils and extracts always seem to be much brighter and more eucalyptus in character than the natural herb. This effect can be reduced by the addition of 50 ppm of zingerone to rosemary flavors.

Smoke: Smoke flavors are incredibly complex, and some limited recreation of that natural complexity is helpful in achieving authenticity. An addition of 40 ppm of zingerone may seem inconsequential in the midst of a forest of powerful phenolic compounds, but it does help to round out the profile.

Tea, Red: Red tea flavors, such as Oolong, have a subtle smoky element and 10 ppm of zingerone rounds this out.

Vanilla: Realistic vanilla bean flavors, like smoke flavors, need complexity and even a tiny addition, as low as 20 ppm, of this ingredient is helpful to add realism. 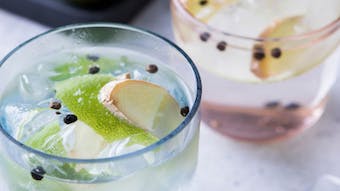 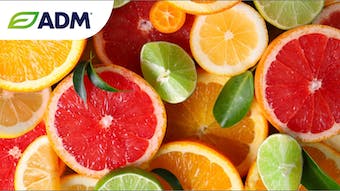