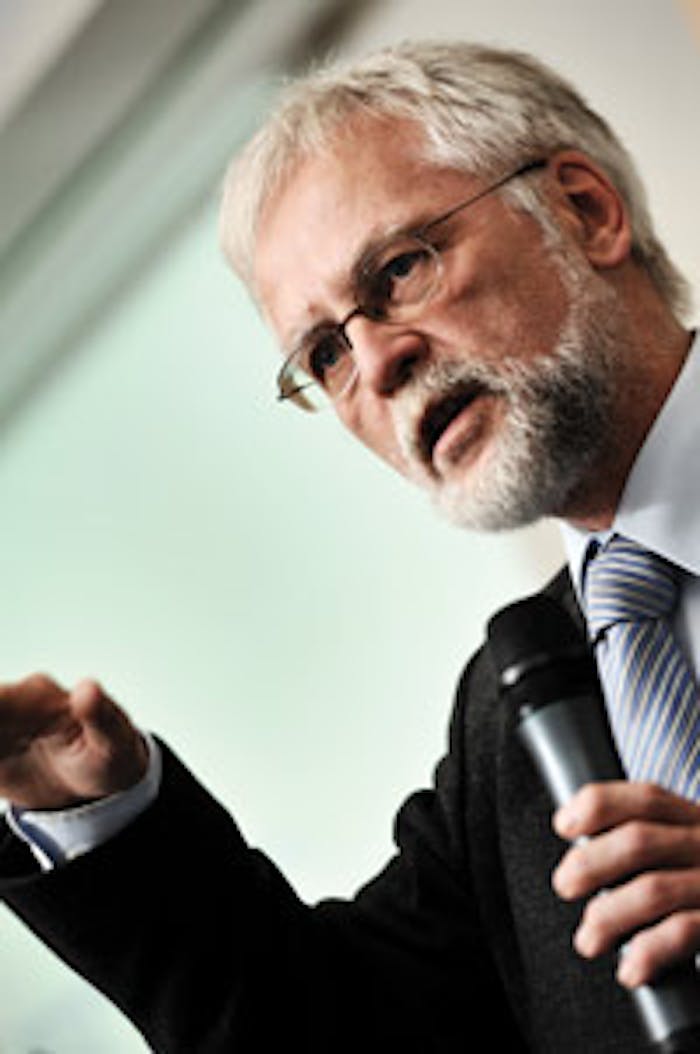 The fragrance industry has long faced pressure to meet international standards on product safety. Accustomed to self-regulation, it continually works to refine its regulatory framework to make it more robust and effective. Yet the industry still faces continual public health pressure from regulators and other stakeholders seeking to ensure that its products do not cause allergic reactions.

The International Fragrance Association (IFRA; ifraorg.org) recently held a workshop to discuss these issues. Presentations were given about current scientific studies on allergic reactions and the regulatory landscape, specifically in the European Union. While the problems the industry faces are similar to other highly regulated businesses due to public health concerns, the speakers concluded that they may not be as severe as some stakeholders assume .

According to Axel Schnuch of the University of Goettingen, sensitization to important fragrance ingredients has decreased considerably, and for some weak allergens such as limonene, 10,000 patients would need to be tested to identify one case. When it comes to the 26 fragrance ingredients to be labelled according to current European regulation, there is a big difference with regard to sensitization and clinical cases observed. In a study carried out between January 2003 and December 2004, 26 fragrances were patch tested using a standard series on a total of 21,325 patients; the number of patients tested with each of the fragrance ingredients ranged from 1,658 to 4,238. The study found that substances with higher sensitization frequencies were characterized by a considerable number of reactions. However, substances with low sensitization frequencies were characterized by a high number of doubtful reactions and a low number of stronger reactions. Schnuch and his team concluded, “There are obviously fragrance ingredients among the 26 which are, with regard to contact allergy, of great, others of minor, and some of no importance at all.” Professor Schnuch further pointed out the importance of continuous monitoring of clinical epidemiology and linking the results with the risk management measures of regulators and the industry.

Another study led by Thomas Diepgen of the University of Heidelberg, the EDEN Epidemiological Study (eden.dermis.net), is being carried out at the moment. The pilot project started in 2005, and the full study is planned to be completed this year. The professor outlined the need for a further study as current studies have the following problems:

The EDEN group has several things that it wants to determine: how many people have, or have had, a skin problem due to a product; how severe is this problem; is there an irritation versus sensitization issue; what are the allergens; are there country specific differences (exposure); what are the sensitization rates in healthy subjects and are there any age, gender or ethnicity cofactors?

Next, Annette Orloff, scientific officer at the European Commission’s DG Enterprise explained that the regulatory landscape has witnessed several changes regarding fragrance ingredients since the original Cosmetic Directive of 1976. Certainly one of the most recognized changes has been the introduction of the labelling of 26 individual fragrance ingredients on cosmetic products, which came into force in 2004. The demand and pressure for revisions to the original law came from the member states and the European Parliament. However, she said, the Commission is happy to work with IFRA, and it believes the association to be an important stakeholder. Many of the IFRA restrictions are therefore reflected in the Cosmetic Directive, the latest bien the 2008 revision that introduced restrictions on 74 fragrance ingredients into Annex III.

Another perspective was given by Barbara Hall, who said that the industry in general has largely changed its opinion on public health issues in the 150 years since the very first synthetic dye was created in Britain in 1856. Within two years of that innovation, the dye was proving to be massively popular with all parts of the population, including Queen Victoria. However, a report at the time found that it caused skin irritations and diseases. These findings were part of the International Health Exhibition of 1884. The industry’s Society of Dyers was outraged and called the report’s author, James Startin, a “charlatan.” However, within a few years the dyers came to terms with the long-term damage that the findings had done to public opinion of the industry and its products and opted for more stringent self-regulation. Today, companies realize that self-regulation often equals self-preservation, said Hall. She also pointed out that governments still face the issue of achieving the right balance between preserving an industry and addressing public health concerns.

Recognizing that it was better to act pre-emptively than be forced by the authorities, IFRA introduced self-regulatory standards in the 1970s; some 150 substances have since been voluntarily banned or restricted. Today, the cosmetic products sector is certainly one of the most stringently regulated in Europe. The fact that perfumers are artists does not exempt them from having to deal with numerous restrictions, both from the IFRA system and other guidelines. A new fragrance compound, explained Hall, has to go through many evaluation stages to comply with regulatory standards. She further pointed out that, based on information from industry post-market surveillance, adverse reactions to perfumed products in the marketplace are rare, and the rates are at odds with dermatological publications. Closer co-operation between industry and dermatologists should help explain those differences. Under current conditions, product compositions only last about a year before the next set of regulations are introduced and reformulation becomes necessary. This affects stock market prices since valuations of companies are based on the rate of introduction of new products; the more time spent on reformulation, the less time spent on new products. More positively, Hall called on dermatologists to work with industry experts who are ready to share their knowledge of complex fragrance compositions and further to supply relevant patch test samples to elucidate the cause of allergies. She explained that IFRA runs an information scheme for dermatologists to use, should they need fragrance ingredient information.

The workshop ended with a lively panel debate with questions from an audience of EU officials, dermatologists, academics, fragrance ingredient customers and fragrance materials manufacturers. The panel discussed the effectiveness of allergen labeling and agreed that there are problems in making it work properly and that more effort needs to be made to share information between doctor, cosmetic company and fragrance ingredient manufacturer. Jean-Pierre Houri, IFRA director general, asked the panelists if they thought there was any scientific justification to banning so-called fragrance allergens from toys, as is being suggested by the EU Toy Directive. None felt there was any credible evidence for such a decision. In conclusion, the panel felt that even though the industry has a great deal of data on allergens, more is needed, and different actors need to work more closely together to ensure the data are complete and available to the right people at the right time.