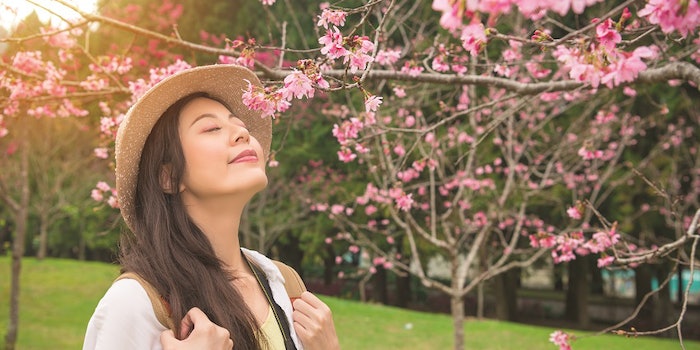 If you’ve ever endured a long commute to work, you’ve likely had that lucid moment wondering, “Isn’t there a better way?” I have good news for you: there is. Teleportation and time travel are already possible and in our future—at least, if you believe Andrew Basiago, a Vancouver, Washington, USA-based attorney.

Basagio’s been speaking very publicly, and convincingly, about his participation as a child in secret government tests to teleport through time. He knows how this sounds, and was of course given a “gag order” to not divulge this information, which is why he says he went public; to protect himself.

Whether you believe Basiago or not, pausing to consider the technology may, in fact, exist brings hope; and if it does exist, it’s because someone didn’t give up trying.

This parallels the struggle F&F developers face, to keep trying new ways to improve the delivery and duration of flavors and fragrances for consumers. These trials are the focus of the current review; there’s not teleporting or time travel in here, but that’s not to say they never will be.

A study in the Journal of Food Processing investigated the characteristics, release behavior and antioxidant activity of clove essential oil-hydroxypropyl beta-cyclodextrin (CEO-HPβCD) inclusion complexes. Here, the clove oil was encapsulated by the kneading method with HPβCD in a 1:1 ratio.

According to work presented in Cellulose, the way essential oils and plant extracts in micro- or nano-sized capsules are applied to fabric can affect its properties. This is primarily due to evaporation. These authors compared the simultaneous in situ encapsulation/stabilization of essential oils applied to cotton fabric with a process of UV-curing nanocapsules. FT-IR and UV-vis analysis confirmed the presence of encapsulated peppermint oil on the cotton fabric.

Longer controlled release and increased fabric stiffness were observed in the case of UV curing, while lower weight and thickness, improved water retention and ameliorated water absorbency were found with simultaneous encapsulation/stabilization. Further, better durability and prolonged release of antimicrobials, fragrances and insect repellents were obtained by UV curing, whereas simultaneous encapsulation/stabilization was more suitable for disposable applications such as wound dressings.2

According to Firmenich,3 profragrances are important delivery systems to control the release of volatiles and the duration of perfume perception in practical applications.

Profragrances release fragrance by covalent bond cleavage under mild environmental conditions. For example, a recent Henkel patent discloses4 the combination of an amino alcohol, a fragrance and a silicic acid ester as a pro-fragrance. Similar to pro-drugs, this pro-scent could reduce the volatility of a scent and enable its delayed release under ambient conditions.

By derivatizing scent ketones, aldehydes or alcohols, the vapor pressure of these compounds could be decreased. And, since the derivatization reaction is reversible, these chemically bound scent aldehydes, ketones or alcohols can be cleaved at the binding site under certain conditions. In this way, the fragrance or scent is released again, which leads to a prolonged perception of the scent.

Perhaps the best mechanism in the struggle to extend fragrance is to ensure consumers can still smell it. That’s where work to oppose habituation is breaking through biology. In a new patent from Procter & Gamble, inventors explored the biology of this phenomenon; i.e., the body uses habituation to avoid becoming overwhelmed by any one scent stimulus after repeated chronic exposure.

However, certain chemical moieties associated with survival conditions are not subject to habituation. Based on this observation, an anti-habituating perfume composition was developed that includes from ~0.000001% to 0.002% w/w of the moiety 1-butylsulfanylbutane.5

We wish. Chewing gums have been on the market for decades but several deficiencies are still commonly observed, such as relatively rapid flavor and sweetness exhaustion during chewing, and limited shelf stability from manufacturing to consumption.

To counter these deficiencies, various solutions have been proposed. Gum formulations incorporating spherical particles with microporous channels have been developed. Attempts have been made using porous flavor reservoir materials, as well as combinations of separate flavor components—e.g., “fixed” (encapsulated) and “unfixed,” which are mixed with a suspending agent prior to their incorporation in the chewing gum base. Still others have encapsulated flavor oils with polyvinyl acetates or other high molecular weight materials; or coatings applied to flavor particles have been modified for sequential flavor delivery.

Taken together, such solutions are cost-prohibitive to chewing gum. However, inventors from Roquette Freres have been chewing on this for some time, and in a new patent application,6 they describe gum with an enhanced flavor release system. Specifically disclosed is a composition including: a gum base; a polyol powder comprising or consisting of maltitol with a specific surface area greater than 0.5 m2/g; and a flavoring agent.

Obviously, the examples provided are merely a flash of hope in the overall array of technologies being developed to optimize F&F retention and release. And who knows how many others are under “gag order?” The good news is, the industry is still trying; and before we know it, we’ll find a better way.