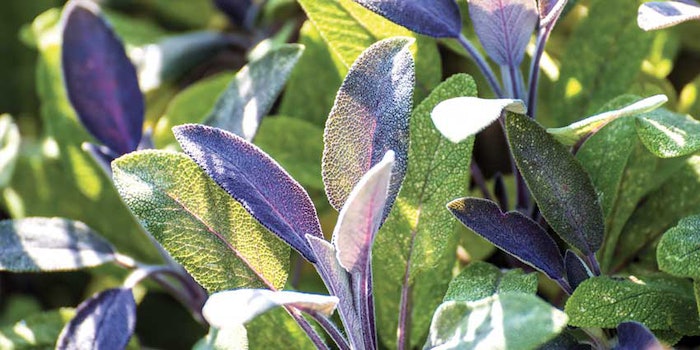 The botanical origin of Spanish sage oil is Salvia lavandulaefolia Vahl (or S. lavandulifolia). Spanish sage oil is exclusively produced from plants that can grow as an alternative and sustainable crop in poor soil throughout the semi-arid areas of Central Spain. It is estimated that ca. 30 metric tonnes of oil are produced annually. The unequivocally characterized constituents of Spanish sage oil that were previously reported (Lawrence, 1980, 1985, 1988, 1990, 1998, 2001, 2007 and 2010), which are listed in elution order from an non-polar capillary GC column can be seen as follows: