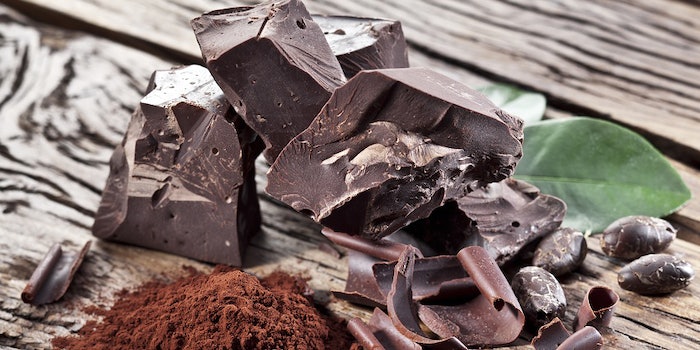 According to a recent report by the Journal of Agricultural and Food Chemistry, scientists found that weather conditions may impact the flavor of cocoa. Wiebke Niether and Gerhard Gerold et al from Research Institute of Organic Agriculture (FiBL) tested to see if differing growing methods could influence the chemical composition of cocoa and possibly alter the flavor.

Normally, cocoa trees are raised in agroforestry systems that provide a low-stress environment to grow, where they are grown alongside other types of plants and trees to maintain soil nutrients. However, growers sometimes plant cocoa trees in monocultural groves, exposing them to more stressful conditions, in order to gain greater yields.

To test their hypothesis, the researchers harvested beans from five cocoa tree farms in Bolivia at the beginning and end of the dry season, which runs from April to September. The beans were taken from both agroforestry systems and monocultural groves. The scientists found that the beans only showed a minor difference when they were grown in the same weather conditions.

According to the study, a significant contribution to varying chemical compositions was weather. Researchers found that cocoa antioxidant and fat content decreased during the dry season when temperatures decreased and soil moisture increased.