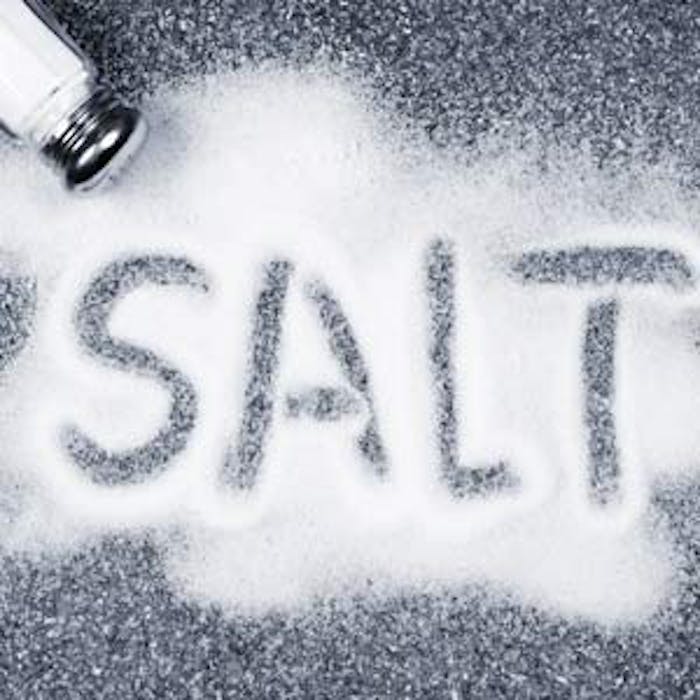 The National Salt Reduction Initiative (NSRI), a partnership of more than 95 state and local health authorities and national health organizations, set voluntary targets for salt levels in 62 categories of packaged food and 25 categories of restaurant food to guide food company salt reductions in 2012 and 2014. Also, a recent petition to the U.S. Food and Drug Administration from 33 state and local health departments and organizations has gone further to urge federal action on sodium.

Mixin' It Up with Umami

Following Bell Flavors & Fragrances's expanded sodium-reduction line in December 2015, Salt of the Earth Ltd. is one of the latest manufacturers to launch a sodium reduction line geared towards restaurants. Salt of the Earth, known for its work in sea salt, created "Umamix," a savory ingredient that is a mix of sea salt and vegetable extracts creating an umami taste.

“We developed Umamix to answer the growing demand from consumers to reduce sodium in food without compromising on flavor,” said Dror Levy, retail and food service export manager for Salt of the Earth. “Umamix can help chefs reduce sodium up to 45% in various recipes and food applications, providing a vegan, natural and GMO-free solution for restaurants in New York and the rest of the U.S.”

Salt of the Earth collaborated with MBA candidates at Northwestern Kellogg School of Management, Chicago, in a study to better understand what professional and casual chefs really want and how they might use Umamix in their recipes. The study took place in The Chopping Block culinary school in Chicago.

“The research showed Umamix to be especially effective in replacing salt in a variety of food products including vegetarian dishes, sauces and meat-based products, such as hamburgers,” Levy added.

“Restaurant patrons want a great dining experience, and this translates to healthful food, with full flavor,” said Revital Ben Shachar, marketing manager for Salt of the Earth. “People want to eat healthy, and they demand transparency when it comes to what’s in the food they consume. The challenge for chefs is to make food healthier, with great taste and without preservatives or synthetic ingredients. Umamix lets them stir in or shake on flavor."

Read more about foregoing salt and sugar without sacrificing taste.