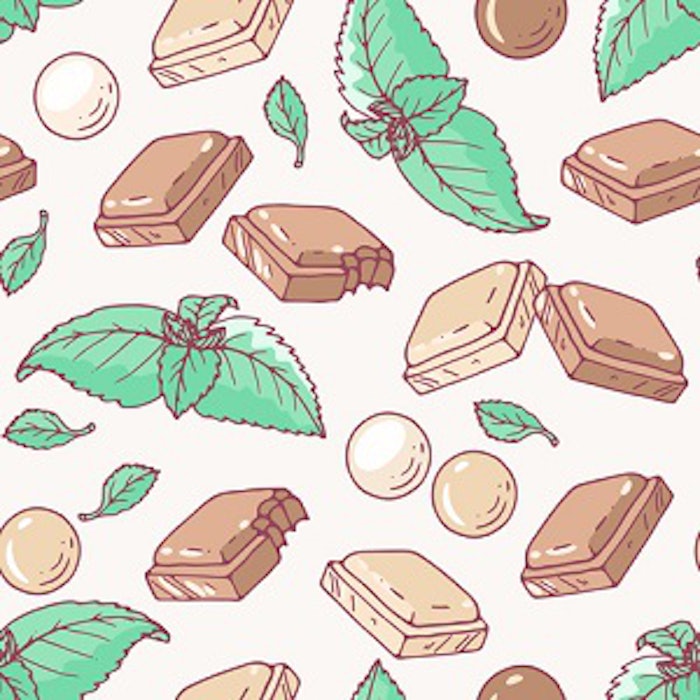 Over the past 40 years at least two flavor houses have successfully commercialized a proprietary technology to identify and produce modulated flavor systems. Here “flavor” is considered the sensory response to the aromatic and taste components of that flavor. “Flavor modulation,” then, is defined as the modification of perceived flavor intensity by a carrier consumed with the flavor. This flavor modulation can be either an amplification of the flavor sensory signals, i.e. flavor enhancement, or the opposite response, amplification of a flavor muting response by the carrier, i.e. flavor masking. Masking responses can range from a muting of specific, undesirable flavor notes to their elimination in food ingredients and pharmaceuticals.

This enhancement functionality is analogous to a folding process with flavors wherein the active components of a specific flavor system are concentrated so that reduced use levels are employed but perceived as full, rounded flavors without distortion in character or intensity. The analogous flavor modulation system (enhancement) leads to flavor intensification, so lesser flavor levels are perceived as full balanced flavors. However, if used at normal flavor levels, the modulated flavor would lead to a distorted character and a rapid fatigue response.

The basis for the flavor sensory signals starts at the cellular level with the chemoreceptors found in the taste bud fungiform papillae. Receptors activated by taste agents can be classified by their signal response to sweet, bitter, and savory (umami, kokumi) agents. Sensory signals for salty and acidic tastes are based upon passage of either sodium ions or protons through specific ion channels within the cell membrane. Recently other sensory sensations have been detected in the somatosensory system, including heat (induced by a trigeminal nerve reaction), fattiness and cooling.