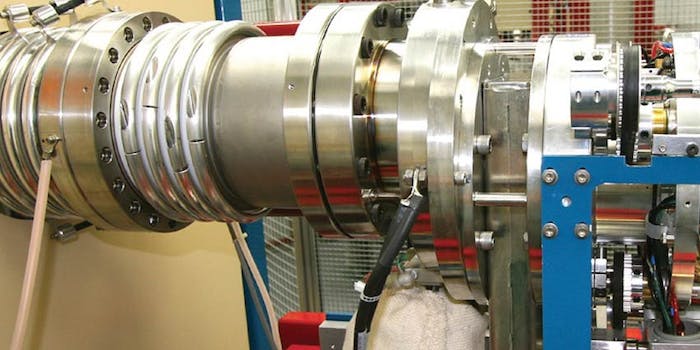 In the modern natural products marketplace, it is by substantiating natural ingredient claims and ensuring such claims stand up to third-party testing that a reliable company can differentiate its brand from cheaper competitors and justify what is often, by necessity, an elevated price tag. The complexity of modern supply chains makes third-party analytical methods a critical component of any F&F company’s quality assurance program. Ingredients sourced from an international panoply of manufacturers, raw material providers and intermediaries are not always accompanied by an independent analytical report demonstrating natural content claims.

Given the complex chemical composition of essential oils such as garlic oil, carbon-14 (C-14) analysis is a key tool for establishing whether oils and extracts are truly plant-derived or whether they contain petrochemical formulations. The biobased carbon testing method can be applied to any carbon-based sample in solid, liquid or gaseous form.

The application of radiocarbon in essential oils dates back to the bitter almond oil crisis in the 1980s, a period during which the adulteration of bitter almond oil in the marketplace with synthetic benzaldehyde was pandemic. The requirement for a reliable analytical tool to detect adulteration incited the Flavor and Extracts Manufacturers Association to explore the use of isotopic methods, including C-14 analysis, in the identification of mislabeling. The method works because organic molecules in modern plants such as almonds contain a known level of C-14, while the law of radioactive decay and approximately 5,730-year half-life of the radioactive isotope of carbon means molecules derived from fossil fuel as in artificial benzaldehyde do not contain C-14 1.

C-14 is not intended as a tool for discriminating between different possible botanical sources nor does it take into account specific production methods. However, the absence of C-14 activity in a sample of “natural essential oil” for example, submitted to an accredited radiocarbon laboratory, provides “robust proof” that the ingredients were manufactured from petroleum 2.

Standardized methods for applying C-14 to industrial products as a means of measuring the percentage that is derived from present-day plants as opposed to fossil sources such as petroleum have existed for over a decade.a For complex chemical formulations like garlic oil, biobased carbon testing simplifies the task of the quality assurance manager by confirming the presence or absence of petrochemical content in the blend.

Context: the Vulnerability of Garlic Oil to Adulteration

Companies importing, distributing or utilizing garlic oil in consumer products have a lot to gain frombiobased carbon analysis. Treatt market reports published in 2014 and 2015 documented record high prices for garlic oil due to reduced supply, instigating many companies to opt for the synthetic alternative in their procurement choices. However, the high costs of natural garlic oil relative to synthetic blends also mean the widely sought-after product can fall prey to unscrupulous labeling.

For complex chemical formulations like garlic oil, biobased carbon testing simplifies the task of the quality assurance manager by confirming the presence or absence of petrochemical content in the blend.

Demand for natural garlic oil is high as a result of the ubiquity of garlic derivatives as meat, savory and vegetable flavoring agents in processed foods. The natural extract and essential oil from this popular bulb crop are also attributed with a range of nutritional, medicinal, antibacterial and anti-cholesterol properties that have been linked to the heart and immune system by a number of studies 3, leading to widespread application in the health care and nutraceutical industries.

The relatively high cost of technology and processing for garlic oil is a significant barrier to entry for would-be garlic extractors and accounts in part for the price tag attributed to the natural product. The essential oil of Allium sativum, exported primarily from China, Mexico and Egypt 4 is most commonly extracted through a process of steam distillation, a multi-step preparation process that is labor-intensive. After the garlic has been peeled, washed and crushed, the steaming process isolates the oil from the glands in the tissue of the plant 5. The bulbs can contain as little as 0.06% to 0.1% of volatile oil 6.

The booming price of garlic oil in recent years can be attributed to rising prices for the raw material, particularly in China, which is a key exporter of this commodity. Research conducted by the United Nation’s Food and Agriculture Organization (FAO), India, Spain, Egypt and South Korea all surpassed China in worldwide garlic production during the 1970s7.According to present-day estimates however, China now exports approximately 80% of the world’s garlic supplies [8].

The price of Chinese garlic has been steadily climbing since 2013. However, a speculative bubble exacerbated the high price in 2016 after a bout of poor weather at the end of 2015 affected harvest forecasts in China. The predicted shortage prompted many commodities traders to rush to buy existing stocks, pushing up prices. Combined with tougher environmental legislation that lead to the decommissioning of a number of garlic-processing facilities in China and the increase in local consumption of garlic, prices for the commodity were even higher in 2016 than the previous speculative peak in 2009/2010 8.

The current price differential between natural and synthetic garlic oil on the market reflects the high demand and supply deficit for the natural variant. For example, the specialty ingredient supplier, Vigon sells a Mexican garlic oil blend marketed as nonnatural at $161.00 per kilogram 9, while their natural Chinese garlic oil sells at $626.00 per kilogram 10.

Most ingredient suppliers stock both natural and synthetic variants of garlic oil, which are clearly labeled as such. The rising price of garlic oil in recent years however, unfortunately accentuates its vulnerability to deceptive labeling by companies tempted by the higher margin at stake.

Garlic oil can therefore be imitated or diluted by employing a cheaper oil carrier and adding petrochemically derived aliphatic sulphide mixtures, such as 2-propenyl disulfide and 1-propenyl disulfide. Plant-derived additives or adulterants would not be differentiated from authentic garlic oil by a radiocarbon test, since both are derived from modern natural materials. However, the presence of “fossil carbon” in a garlic oil sample submitted to an ISO 17025-accredited radiocarbon laboratory would instantly sound the alarm and justify further analysis and investigation.

“Submitting a sample of a natural fragrance or flavor compound, such as garlic oil, for biobased carbon testing is straightforward for the quality assurance manager. Accelerator mass spectrometry necessitates a very small representative sample; a drop is sufficient for the analysis,” said Darden Hood, president of Beta Analytic. “The only point to bear in mind is that adulteration of any material with a more volatile component could fractionate the components into the headspace of the shipping container. The smaller the headspace, the faster equilibrium is reached and the lesser loss of the volatile component. Therefore, in the case of a chemical or liquid that may fractionate due to evaporation, the best container is going to be either a small retail container submitted as sold or a glass micro-vial almost completely full.”

The availability of biobased carbon testing on the market facilitates the complex task of the quality assurance manager in determining the provenance and authenticity of natural F&F purchases.