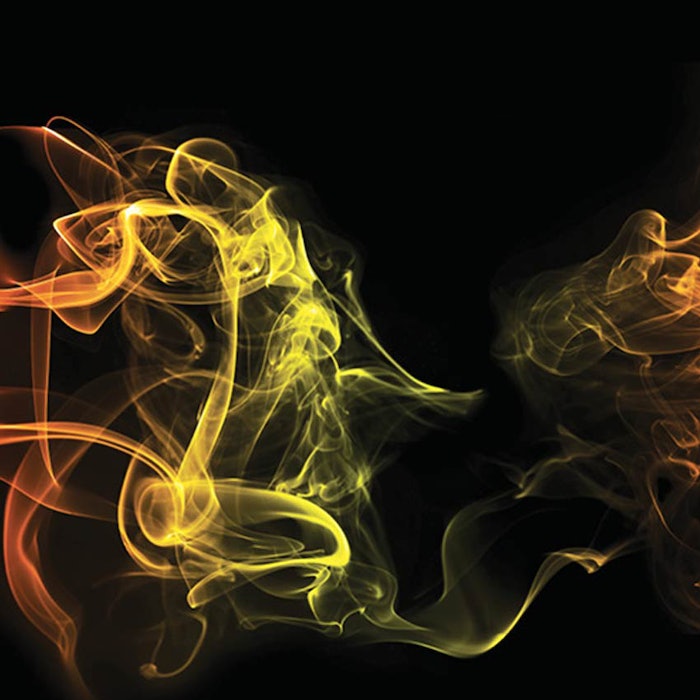 How can fragrances pack a bigger punch? Or last longer? These issues forever press the industry and have given rise to novel delivery and release technologies. Take cyclodextrins (CDs), for example. Due to molecular complexation phenomena, CDs are widely used in many industrial products, technologies and analytical methods. Their negligible cytotoxic effects are also an important feature in applications such as drug carriers, fragrances, food and flavors, cosmetics, packing, textiles, etc.1

As perfumers know, fine fragrances typically contain three different perfumed notes: the top, middle and base. Delivery systems such as CDs can intensify the effects of these notes on skin by first entrapping, then releasing them. CDs are cyclic oligosaccharides with a cone-shaped geometry. The outside of the toroid is relatively hydrophilic whereas the inside is hydrophobic. Consequently, the cavity can entrap hydrophobic molecules such as perfume, and form a controlled delivery system.

To test the efficacy and potential benefits of CDs in delivering fragrance, hydroalcoholic eau de toilette (EdT) fragrances with and without CDs were compared using headspace/solid-phase microextraction gas chromatography (SPME-GC) and expert evaluations of the scents on skin.

All measurements and assessments were carried out on the volar forearm(s) of one Caucasian subject in a controlled environment: 25 ± 1°C and 30% ± 5% relative humidity.

GC test protocol: The GC test protocol included:
1) washing the subject’s forearm three times with ethanol and allowing it to air-dry; 2) spraying ~200 mg of a test EdT three times and allowing it to air-dry for 2 min; 3) a 20-min stabilization phase; 4) a 20-min extraction phase; 5) a 2-min desorption phase; and 6) GC-MS analysisa. To trap gas, a glass bell jar (~105 cm3) was used, along with a syringe incorporating an SPME fiber in polydimethylsiloxane (PDMS), to absorb volatile compounds (see F-1).

Olfactory test: The olfactory test procedure involved washing both of the subject’s forearms three times with ethanol and allowing them to air-dry, then spraying ~200 mg of a test EdT three times and allowing it to air-dry for 2 min. Twenty perfume experts then smelled the two forearms to make assessments. Measurements and assessments were performed every three hours to determine the perfume evolution on skin (see F-2).

Results from the headspace/SPME-GC analysis indicated that initially (T0), the fragrance samples with and without CD had the same perfume intensity. Three hours later, however (T+3 hr), the CD-containing perfume was approximately 50% more intense than the perfume without CD (see F-3).

Results from the olfactory tests of fragrance on skin are shown in F-4. Interestingly, at T0 and T+3 hr, expert evaluators observed similar perfume intensity profiles regardless of CD content. However, a more “citrus” or fresh effect was observed only in the case CD at T+3 hr.

The results of these two tests were complementary. Indeed, both olfactory and GC tests confirmed that CD had no impact at T0; it did impact the Mango 10607BJ profile intensity at T+3 hr. The olfactory test emphasized a fresh, “citrus” effect. The GC test showed an approximately 50% increase in perfume intensity.

Based on these results, it was concluded that the expert nose could smell what the analytical method had detected. Furthermore, the headspace/SPME-GC performed as a complementary method to scientifically assess fragrance. These findings were applied to the development of a database to map, for perfumers, the turbidity of well-known single aroma chemicals in Me-Beta-Cyclodextrin (50/50 water), in order to optimize fragrance formulas for cyclodextrins.

*This paper originally was presented at the 2015 IFSCC Conference in Zürich, Switzerland.

a 5975B GC-MS with apolar column, Agilent