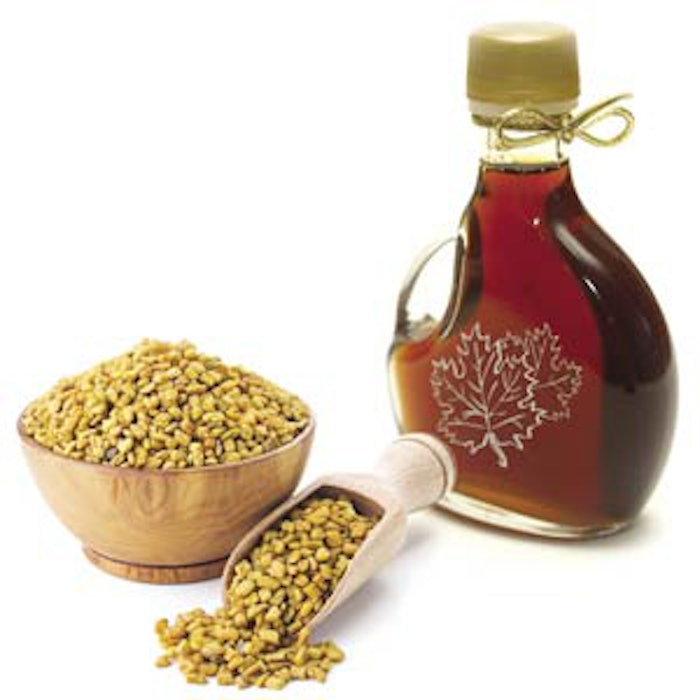 4,5-Dimethyl-3-hydroxy-2,5-dihydrofuran-2-one (FEMA# 3634, CAS# 28664-35-9), commonly known as sotolon, is one of the most powerful chemicals in the flavorist’s arsenal. It is found widely in nature, most importantly in maple syrup but at the highest levels in fenugreek seeds. The aroma is very characteristic of fenugreek and it is outstandingly tenacious.

Before this chemical became widely available, most maple syrup flavors were substantially based on fenugreek extracts. This made sense because the same chemical was prominent in both maple syrup and fenugreek extracts but there was an irresistible temptation to add too much fenugreek extract. Because of this, the sotolon note was often dominant, so dominant in fact that it eclipsed by many times the level naturally present in real maple syrup.

From my point of view, sotolon is a raw material with distinct advantages but it is also a note that can all too easily be overdone—it is a good servant but a bad master. As with many powerful flavor chemicals, it is fatally easy to become adapted to the odor over a short period of time; consequently, it is frequently overdosed.

Two alternative chemicals having similar odor profiles should be considered as possible alternatives to sotolon. The most obvious is 5-ethyl-3-hydroxy-4-methyl-2(5H)-furanone (FEMA# 3153, CAS# 698-10-2). As would be expected, the replacement of one of the methyl groups in sotolon by an ethyl group results in a notable increase in strength. This difference in strength is not as extreme in practical applications as the literature quoting threshold levels infers. All too often this proves to be the case with highly misleading practical interpretations based on threshold data.

The difference in relative use levels depends on the flavor category but clearly always results in a lower cost in use for 5-ethyl-3-hydroxy-4-methyl-2(5H)-furanone. Despite this advantage, I personally have a marginal preference for the taste effect of sotolon. In any case, at these low levels of addition, the cost differences are probably not going to break the bank.

The other obvious alternative is 2-oxobutyric acid (FEMA# 3723, CAS# 600-18-0). This chemical is a precursor to sotolon so arguably, it is simply an indirect way of using the same chemical.

The dose rates given throughout this article are the levels suggested for use in flavors intended to be dosed at 0.05% in ready to drink beverages or simple bouillons.

Pork and bacon: A further reduction in the use level of sotolon is appropriate for pork flavors; 100 ppm is a good starting point for all the different styles.

Dried mushroom: Dried cep mushrooms impart a magnificent savory taste to many dishes and a modest addition of this raw material, around 10 ppm, recreates that effect in dried mushroom flavors.

Smoke: Artificial smoke flavors often struggle to recreate the depth of savory taste of genuine smoke. Sotolon can be helpful in this context with a level of addition of 5 ppm.

Soy sauce: Radically different levels of this ingredient can be used in soy sauce flavors with interesting results. I personally prefer the effect of low levels, in the region of 3 ppm; higher levels give too much of a hydrolyzed vegetable protein effect.

Licorice: Good, natural licorice extracts convex quite a complex flavor experience and sotolon can be a helpful background note; 100 ppm is a good starting level.

Maple syrup: Given the history of this raw material, maple syrup flavors are the most obvious place to use it. Levels can vary dramatically depending on the desired effect. Higher levels fit well with the old, fenugreek-based style while lower levels fit authentic maple syrup flavors. A level of 20 ppm is a compromise between the two extremes and a good place to start.

Molasses and brown sugar: This profile category embraces radically different optimum levels of sotolon; higher in molasses flavors and lower in brown sugar flavors. As with maple flavors, it is easy to err on the high side; a starting level of 50 ppm is recommended.

Coffee: Maple lactone is the most obvious caramel backbone for coffee flavors but the caramelic effect can be significantly enhanced by the addition of around 50 ppm of this raw material.

Butterscotch: 10 ppm of sotolon is all that is required to give a subtle boost to the caramel notes and savory taste of butterscotch flavors.

Chocolate and cocoa: The fenugreek character of sotolon could easily intrude chocolate and cocoa flavors at too high a level, but subtle taste advantages can be gained at very low levels of around 1 ppm.

Peanut: The pleasantly earthy character of peanut flavors marries happily with the savory character of this ingredient. The best level of addition is around 30 ppm.

Whisky: Finally, unlike rum flavors, whisky flavors can be too fusel in character but sotolon can be a partial solution to this problem at a low level of addition around 5 ppm. 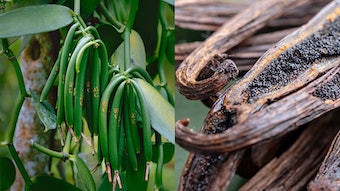 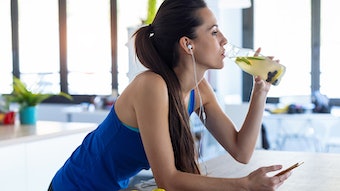