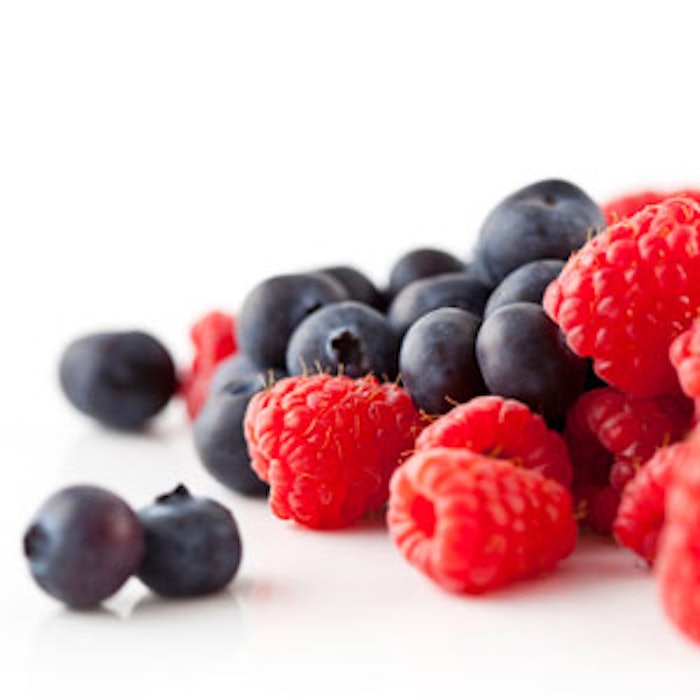 January’s column featured an ingredient that has an extraordinarily specific character and might, at first sight, seem entirely restricted to use in strawberry flavors; i.e., oct-2-en-4-one. This month, in a similar vein, is focused on another ingredient having an equally specific character: γ-Decalactone. γ-Decalactone (FEMA# 2360, CAS# 706-14-9) is instantly recognizable as characteristic of peach, and clearly is the most important character recognition driver for this flavor profile.

Quite a number of related lactones have a broadly similar peach character but the three that are most commercially important are γ-decalactone, γ-undecalactone (FEMA# 3091, CAS# 104-67-6) and γ-dodecalactone (FEMA# 2400, CAS# 2305-05-7). The balance shifts noticeably from aroma to taste with ascending molecular weight but, in my opinion, γ-decalactone is the most effective of the three in most applications. In some cases, it may be beneficial to use this material in conjunction with γ-dodecalactone to gain an extra taste dimension. However, unlike the closely equivalent cases of C10 and C12 d-lactones in dairy flavors, the addition of γ-dodecalactone need not be large in order to gain a realistic taste effect.

The dose rates given throughout this article are suggested for use in flavors intended to be dosed at 0.05% in a ready-to-drink beverage or simple bouillon.

Peach: γ-Decalactone forms the natural backbone of all good peach flavors and 2,500 ppm is a good starting level. The addition of a small quantity of γ-dodecalactone adds extra taste effect but really is not essential. It is more important to soften the powerful effect of γ-decalactone with a significant addition of γ-decalactone (FEMA# 2361, CAS# 705-86-2), and the combination of these two lactones gives an authentic effect.

Apricot: Apricot flavors are similar to peach in many respects but the ideal level of addition for γ-decalactone in apricot is a little lower, around 1,500 ppm. γ-Decalactone also can play a useful role in apricot flavors but again, at a lower level.

Prune: Much lower levels of γ-decalactone are useful in prune flavors. The ideal level depends on the profile of the flavor but 200 ppm is a reasonable place to start.

Cherry: This ingredient is hardly essential in cherry flavors, especially those dominated by tutti-frutti notes and benzaldehyde. Nevertheless, it can add a very subtle element of juiciness and authenticity at a trace level of around 5 ppm.

Strawberry: γ-Decalactone is as essential a component in strawberry flavors as it is in peach and apricot flavors, and is similarly a key part of the recognition skeleton. Levels vary depending on the profile required but 2,000 ppm is ideal.

Raspberry: Although this lactone is not an essential component of raspberry flavors, it adds depth and juicy character at levels of around 800 ppm.

Blackberry: γ-Decalactone is even more useful in blackberry flavors, filling out a profile that can easily tend to be too light and fragrant; here, 800 ppm is also a good initial level.

Blueberry: Blueberry flavors also can be too light and fragrant, and therefore benefit from modest additions of γ-decalactone at around 500 ppm.

Mango: γ-Decalactone is also part of the recognition skeleton for mango flavors and gives an enhanced fleshy and juicy character at levels in the region of 1,500 ppm.

Guava: Here again, this ingredient is part of the recognition skeleton for guava, with its creamy peach character offsetting the balsamic cinnamate notes, ideally at around 1,000 ppm.

Passion fruit: The same is true of passion fruit flavors, where γ-decalactone contributes to the character recognition skeleton, adding juiciness at slightly lower levels in the region of 800 ppm.

Watermelon: Most watermelon flavors bear only a passing resemblance to real watermelons but nevertheless, γ-decalactone is often key to adding depth and juice notes to typical commercial flavors. Levels vary radically with different profiles but 500 ppm is generally helpful.

Caramel: The best level of use in caramel flavors also depends on the style of flavor desired but 100 ppm is a reasonable starting point.

Chicken: Small additions of this lactone help to round out the fat notes in all styles of chicken flavors, playing a secondary role to γ-decalactone and helping to tame the unsaturated aldehydes at levels of addition around 100 ppm.

Roast beef: δ-Decalactone performs a very similar function in both roast and barbecued beef flavors but the best level of addition is a little lower, near 50 ppm.

Vanilla: Finally, just a trace of δ-decalactone, as little as 5 ppm, is all that is required to add a subtle extra depth to vanilla bean flavors.