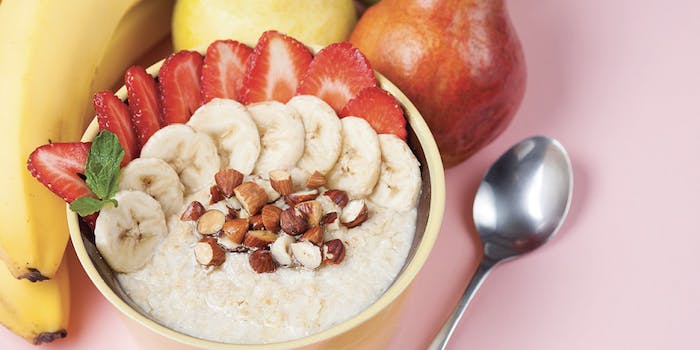 Most of the leafy, hexenol-related, family of green notes are firmly divorced from the category of recognition skeleton components. Their complex variations around the leafy green theme mean that they often form a quite separate and complex mixture of secondary notes within flavors. trans-2-Hexenol (FEMA# 2560, CAS# 6728-26-3) is an exception in that it has a distinctly recognizable apple character. It would be quite difficult to create an apple flavor without trans-2-hexenol.

The fact that trans-2-hexenol has a green profile without any trace of the usual leafy notes makes it a great addition to many green note complexes. The contribution of this green apple note will vary depending on the finished flavor, but it is frequently a great contributor to authenticity.

Apple: trans-2-Hexenol is part of the recognition skeleton of all apple flavors. The fact that it is also a green note might suggest that it would be used more in fresh apple flavors than in cooked apple flavors, but this is not really the case. A good starting point is 5,000 ppm in all categories of apple flavors.

Apricot: Much lower levels are optimal in apricot flavors, simply adding a hint of juicy freshness to the green complex. The ideal level is 200 ppm.

Cherry: Cherry flavors vary considerably in profile, but trans-2-hexenol is at home in all of them. The levels vary but 400 ppm is a good starting point.

Peach: In peach flavors, 400 ppm also works well, adding to the fresh character and rounding it out nicely.

Pear: A typical level of this raw material in pear flavors is 300 ppm, but higher levels can be used successfully to create unique effects without the obvious danger of tipping the profile into apple.

Plum: Plum flavors can easily become unpleasantly heavy and trans-2-hexenol brightens the character at levels in the region of 500 ppm.

Grapefruit: It is quite possible to use this ingredient in peely grapefruit flavors, but it really comes into its own in juicy profiles. The optimal level of addition is 200 ppm in grapefruit juice flavors.

Lemon and Lime: The same comments apply to fresh lemon and lime flavors, but the ideal level is a little lower, nearer 100 ppm.

Orange: The best level of trans-2-hexenol in orange flavors also depends on the degree of juice character. A good level is 100 ppm, but higher additions are possible.

Banana: For all types of banana flavors, 300 ppm of trans-2-hexenol can be added without giving a hint of an unripe, green profile.

Guava: The effect of this ingredient in guava flavors is similar, offsetting the heavier notes and adding juiciness. A reasonable level is 200 ppm.

Kiwi: With kiwi flavors, we are in very different territory. trans-2-Hexenol is by far the most important green note in the fruit in nature, and it could be argued that simply replacing ethyl 2-methyl butyrate by ethyl butyrate would turn an apple flavor into a kiwi flavor. This is an exaggeration, but trans-2-hexenol is clearly part of the recognition skeleton of kiwi flavors. An effective level of addition is 2,000 ppm.

Mango: For mango flavors, 200 ppm of this chemical adds subtle freshness and juice character to all styles.

Pineapple: The ideal level of addition in pineapple flavors depends very much on the profile. A good starting point is 50 ppm.

Watermelon: Green notes such as melonal are central to the recognition skeleton of watermelon flavors, but they can easily come across as very thin and harsh. At 200 ppm of trans-2-hexenol, it helps fill them out and adds a juicy character.

Blackberry: trans-2-Hexenol plays a secondary role in all berry flavors but provides a very useful foil to the leafy green notes. A good level is 400 ppm in most styles of blackberry flavor, especially where the ripe musky note is noticeable.

Blackcurrant: A good level is 400 ppm in blackcurrant flavors and works equally well in fresh and jammy flavors.

Blueberry: The dominant floral notes in blueberry and bilberry flavors can accommodate higher levels of this raw material. Levels at 800 ppm and even higher work perfectly well.

Raspberry: Lower levels, around 200 ppm, are better in raspberry flavors and soften the raw edge of the other green notes.

Strawberry: trans-2-Hexenol is not an essential component of strawberry flavors, but it can be very helpful, especially in flavors containing high levels of cis-3-hexenol. High levels do not work very well, and 100 ppm is a good starting point.

Almond and Pistachio: This ingredient pairs very well with the benzaldehyde in almond and pistachio flavors. A good level is 400 ppm in authentic style flavors, but higher levels can be used if the benzaldehyde level is enhanced, which it often is.

Hazelnut: The role of trans-2-hexenol in hazelnut and praline flavors is quite different. A modest addition, in the region of 50 ppm, softens the higher unsaturated aldehydes and ketones that can be dominant and give an overly dry effect.

Peanut: The same effect comes into play in peanut flavors, but the ideal level of addition is a little higher, nearer 100 ppm.

Walnut: Walnut flavors are also in the same category but can suffer even more from dryness. Levels up to 200 ppm are effective.

Beef and Chicken: Beef and chicken flavors normally contain significant levels of fatty notes, including higher unsaturated aldehydes such as trans-2-nonenal. At levels of 100 ppm, trans-2-hexenol tempers the effect of these ingredients and adds realism.

Cilantro: Higher unsaturated aldehydes such as trans-2-dodecenal also play a part in cilantro flavors and around 300 ppm of this chemical has a noticeable softening and rounding effect.

Fish and Seafood: Realistic cooked fish and seafood flavors can be quite challenging to create. For all types of fish flavors, 100 ppm of trans-2-hexenol is very useful. Higher levels, 200 ppm and up, work better in seafood flavors, especially if a fried effect is required.

Onion, Spring: cis-3-Hexenol is often central to spring onion and chive flavors, but trans-2-hexenol can play a useful secondary freshening role at levels around 500 ppm.

Tomato: The same comments can be applied to fresh tomato flavors and levels of this raw material up to 1,000 ppm can be very effective. Surprisingly, similar levels are also quite attractive in cooked tomato profiles.

Butter: At best, trans-2-hexenol is only a very minor contributor to dairy flavors, but a very modest addition, around 50 ppm, can be helpful in fresh butter flavors.

Cucumber: At 100 ppm, it can help round out the rather stark profile of raw cucumber flavors and add subtle depth.

Grape: trans-2-Hexenol is extremely useful in all grape flavors. It works equally well in Concord grape and white Muscat types even though these flavors are at opposite end of the spectrum. It is very effective at 1,000 ppm.

Honey: Honey flavors cover a very wide range of different profiles. trans-2-Hexenol has an interesting effect in all of them from 50 ppm and up but works particularly well in clover honey flavors.

Rhubarb: Rhubarb flavors are usually dominated by methyl phenyl carbinyl acetate to an extent that makes them seem somewhat removed from nature. trans-2-Hexenol tempers this effect and brings the profile back a little towards reality. An ideal level is 300 ppm.