U.S. Senators Frank Lautenberg (D-NJ) and David Vitter (R-LA) are collaborating on introducing a bipartisan bill that will modernize the Toxic Substances Control Act (TSCA), and industry groups seem to be applauding their aims.

“By joining forces with Senator Lautenberg to introduce a bipartisan TSCA bill, Senator Vitter and other members of the U.S. Senate have taken a vital step toward developing a stronger, more effective chemical regulatory program in the U.S. that provides meaningful reform and protects American consumers,” said Chris Cathcart, president and CEO of Consumer Specialty Products Association (CSPA) .

Ernie Rosenberg, president and CEO, of the American Cleaning Institute (ACI), stated: "We know that there are still many details to work through and much language to review. But getting to this stage raises the hope that TSCA can be updated in a way that truly protects consumers and allows manufacturers to innovate and produce increasingly sustainable products for many years to come.”

On Wednesday, 14 senators came together to introduce a consensus bill, known as the Lautenberg-Vitter “Chemical Safety Improvement Act of 2013,” which will focus on those areas of TSCA that Democrats and Republicans agree are in most need of reform. The aim of the act is to: require safety evaluations for all chemicals, protect public health from unsafe chemicals, prioritize chemicals for review, screen new chemicals for safety, secure necessary health and safety information, promote innovation and safer chemistry, protect children and pregnant women and give states and municipalities the opportunity to provide input on prioritization, safety assessment and the safety determination processes.

“Every parent wants to know that the chemicals used in everyday products have been proven safe, but our current chemical laws fail to give parents that peace of mind," Lautenberg, who first introduced legislation to reform TSCA in 2005, said in a written statement. “Our bipartisan bill would fix the flaws with current law and ensure that chemicals are screened for safety.”

Vitter, ranking member of the Senate Environment and Public Works (EPW) Committee, stated: “Our bill strikes the right balance between strengthening consumer confidence in the safety of chemicals, while also promoting innovation and the growth of an important sector of our economy."

Further, the CSPA said developing reasonable and necessary revisions to update the TSCA statute is "vitally important to CSPA and its member companies." CSPA, which has advocated modernizing TSCA, said it has collaborated on how best to ensure the U.S. Environmental Protection Agency has appropriate and necessary use and exposure information to support a risk-based, chemicals management program in the United States. As part of this, it said maintaining essential protections of confidential business information is critical to competitiveness and innovation.

“We appreciate that Senators Lautenberg and Vitter have provided an opportunity for stakeholder dialogue. This has allowed us to work through questions and issues in an effort to narrow our differences and move toward a consensus,” added Cathcart.

CSPA said it has identified key priorities under TSCA that include the following: enhancing public confidence in chemical safety; providing greater transparency for consumers, as well as the regulated community, while also protecting vital protection for trade secrets and confidential business information; and establishing a more robust, risk-based federal chemical management framework rather than a patchwork of state-by-state — or chemical-by-chemical regulations.

Meanwhile, ACI reiterated that ACI and its member company cleaning product manufacturers and suppliers have been pressing for "common sense, bipartisan legislation to strengthen the law and reassert American leadership on chemical management." 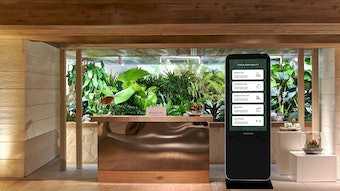