Unraveling the Mystery of Olfaction 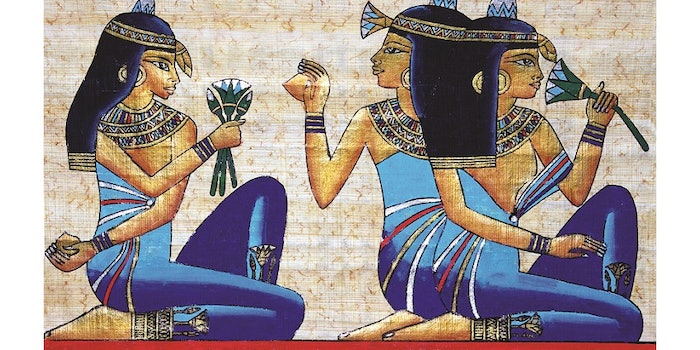 Since the beginning of history, humans have been captivated by scents; connecting the sensation to religious and metaphysical experiences. In ancient Egypt, fragrances were considered a byproduct of the gods, literally the sweat of the sun god Ra.1 In Greece, perfumes were central to worshipping the various gods and goddess of Greek mythology and vast quantities were used in countless ceremonies. The philosopher Theophrastus wrote “Concerning Odours,” a book detailing the use of fragrances in Greek society, while Egyptian physicians were fascinated by the anatomy of the nose – knowing that it held to a sense of smell.2-3

Though the desire to understand the senses remains today, the methods that we use to explore them have largely changed. Technological advancement and scientific models have moved the discussion of our sensory features from the metaphysical to the scientific. In this literature review, we will examine just that – how science is unraveling the mystery of our sense of smell.

It’s in the Genes

One area that has garnered a great deal of scientific inquiry is the role that genes play in our sense of smell. In a study conducted by The Zuckerman Institute at Columbia Universitya, researchers have found a genomic mechanism that turns a finite number of genes into our ability to detect a wide range of scents.

In the study, Columbia researchers examined the nerve cells (neurons) in the nose and a family of more than 400 dedicated genes that are related to olfaction. To study the relationship between neurons and genes, the researchers employed a new genomic sequencing technique on mice called in situ Hi-C, which created a 3D map of the entire genome of a living nerve cell. Previous research showed that each neuron contains the full suite of the 400 receptor genes but only activates one in each neuron. The research was now looking to examine how this occurs.

“These teams of genes endow the olfactory system with the ability to respond in diverse ways,” said Dr. Monahan. “The flexibility of this process could help to explain how we easily learn and remember new smells.”

The Nose’s Ability to Defend

In Perfumer & Flavorist’s Recovering a Lost Sense of Smell article, we explored research related to finding a cure for anosmia. While researchers are investigating ways to recover a diminished sense of smell, other research has shed light on our nose’s ability to protect itself.

In a study conducted by the Monell Chemical Senses Centerb, researchers examined a specific patch of nasal tissue in the olfactory epithelium that contains odor-detecting receptor cells. The focus of the study was specifically on the microvillous cells (MVCs), which they believed served as a defense mechanism against viruses, bacteria and other harmful invaders. Previous studies also suggested that MVCs contain some of the same molecular machinery (markers) as solitary chemosensory cells (SCCs), taste cells that sense irritants and bacteria. To see if SCC molecular markers were present in the olfactory epithelium, scientists examined existing RNA-sequencing data of olfactory tissue from mice.

“The MVCs may represent potential therapeutic targets to aid in maintaining a healthy olfactory system or even to promote regeneration of a damaged olfactory epithelium,” said study senior author Marco Tizzano, Ph.D., a cell biologist at Monell.

Another field of interest in olfactory science is the relationship between age and ability to smell. Past research has shown the devasting impact of losing a sense of smell, including social isolation, an indicator of larger health issues and overall poorer quality of life.

In a study published in Cell Reportsc, an interdisciplinary research team at Helmholtz Zentrum München and the University Medical Centre Mainz investigated the biological reasons why a sense of smell declines in old age. Knowing that the generation of new neuron in mammals is largely limited to early childhood, the researchers tracked the development of stem cells in the brain of mice over time. The researchers induced individual stem cells and all their descendants (called clones) to light up a specific color and recorded the results on a special confetti report. This allowed researchers to distinguish clones over time by the different colors. Following this, the researchers compared clones found in young and older mice to find out what contribution individual stem cells and intermediates make to the growth of mature olfactory cells.

Utilizing Carsten Marr’s expertise in systematic analysis, the researchers found that the ability of self-renewal declines in old age, especially in the intermediate stages called “transit amplifying progenitors.” Additionally, the analysis showed that asymmetric cell division and quiescence of stem cells increased in older mice. Commenting on this, Jovica Ninkovic said: “That means that fewer cells differentiate into olfactory cells in old age as they tend to remain in the stem cell pool and become less active. Therefore, the production comes to a halt.”

While these studies and others are helping us better understand sensory experiences, there are still many questions that remain. Will there ever be a cure for anosmia? Precisely, how malleable is our sense of smell? What role does VR and other digital breakthroughs play in exploring senses? Though we seem to know more about our sense of smell now than we did 5,000 years ago, we still are left with many mysteries. Despite this, sensory researchers and scientists, with help from the flavor and fragrance industries, will continue to probe deeper into our senses and paint a clearer picture of the mechanisms behind smell and taste.