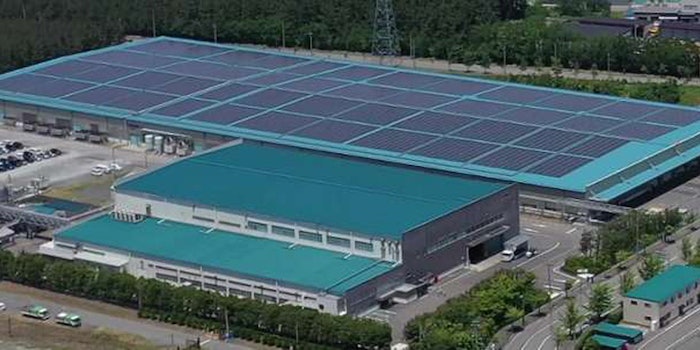 The Kao Group's largest photovoltaic power generating facility for on-site power generation, which has a total generating capacity of 2.8 MW, has started operation at Sakata Plant in Sakata City in Japan.

The facility is part of its efforts to achieve its goal to reduce its carbon dioxide (CO2) emissions to zero by 2040 and become carbon negative by 2050.

The photovoltaic power generating facility that it has installed at the Sakata Plant uses solar panels with a total electricity generating capacity of 2,845 kW, making this Kao's biggest large-scale solar power system.

Besides adopting the new photovoltaic power generating facility, the Sakata Plant has also achieved the goal of using only electricity that has been generated from renewable sources.