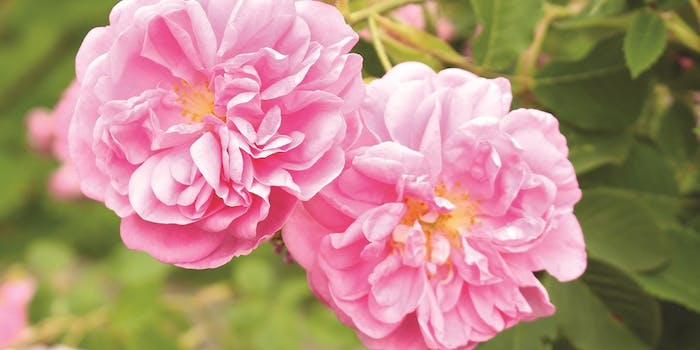 *This report was published from the Socio-Economic Reports compiled by the International Federation of Essential Oils and Aroma Trades (IFEAT). The study for this report was conducted in 2018 and updated in 2019.

There are four major species of rose plants which are cultivated for industrial applications:

Today, we can locate production in Iran, Afghanistan, China, Bulgaria, Turkey, Morocco and India. In Morocco, damascena is the variety that is mainly cultivated, while in China the rugosa variety yields a very different quality than the commerically important damascena essential oil upon, which this report will focus.

In essence, this report will impart no new knowledge about the various productions around the world, but it will compile and summarize the excellent work by Peter Greenhalgh, Hasan Ali Kinaci, Liat Murat Barbut, F. H. Giryel, M. C. Omerci Kartin, Juliana Ognyanova and Primrose Wilson. Others will also be noted in the bibliography.

The figures on each of these regions are at best tenuous approximations. The two most significant regions for Rosa damascena continue in their historical centers: Turkey, primarily in the region surrounding the city of Isparta in the southwest part of the country, and the Valley of Roses centered around the Stara Zagora and the Plovdiv areas of Bulgaria. In both regions, we have the Ottomans (who controlled these regions until Bulgaria’s independence in March of 1878) to thank for the impetus for planting and production.

Although roses and rose oil have for centuries figured prominently in Anatolian culture, the first commercial rose essential oil distillery plant was commissioned only in 1934/1935. “Rose essential oil production is a really tough and labor-intensive activity carried out by family farms without high-income expectation. Although because of all these challenges, rose essential oil production still exists because it is a traditional local product and a part of cultural heritage, and provides a certain income to its producers,” Givag and Kant clearly state in their 2010 report.1 At that time, there were some 10,000 families involved in the production of ca.1,400 kg of oil. Most rose flower production comes from smallish family plots of less than a hectare which supply numerous distillation facilities.2 One would say that in the past eight years the production has increased in conjunction with demand and significantly higher prices.

The six major distillers who produce +/- 65% of Turkey’s essential oil are Sebat United, Gulbirlik, Robertet, IFF, Ercetin and Biolandes. Between eight and 10 other companies comprise the balance. Each year some 7,000-8,000 MT of roses are converted to oil (1,400 kg) and rose concrete, and subsequently absolute (6,000 kg and 1,000 kg respectively in 2013).3 Based on 2017 numbers one can extrapolate the value of this business to be approximately: