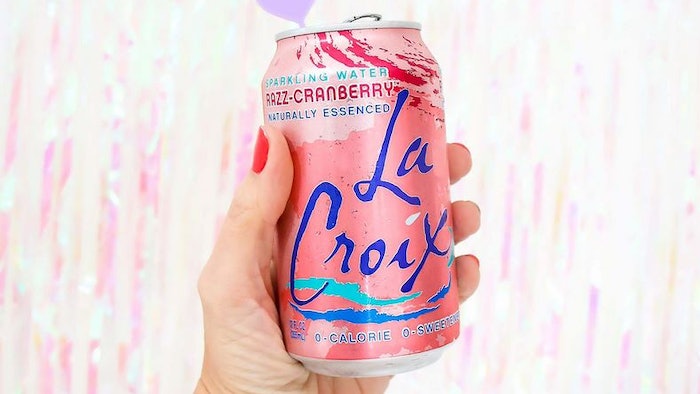 Some of the latest launches include a fruity and floral LaCroix beverage, a partnership between Ruffles and basketball star LeBron James, a twist on classic M&M's and more.
lacroixwater / Instagram

With the changing of the seasons comes innovative flavor combinations to classic snacks, creative partnerships and new launches. Here’s a look at some recent flavor premiers hitting shelves.

Halo Top has launched a limited-edition flavor, Devil’s Food Cake, made with a light chocolate ice cream base and added swirls of white icing and chunks of chocolate cake. Teasing the launch of new flavors on Instagram.

LaCroix’s latest flavor, Cherry Blossom, will be launching in major retail stores March 2022. Offering a  botanical taste that blends sweetness and tartness, the sparkling water contains no calories, sugars or other sweeteners, sodium or artificial ingredients and the aluminum cans are BPA-free.

White Claw Hard Seltzer released a fruity option for their adult beverages, Passion Fruit. All White Claw seltzers are made from a blend of seltzer water, gluten-free alcohol base and a hint of fruit flavor.

Ruffles and LeBron James have partnered to launch a Flamin' Hot Cheddar and Sour Cream chip flavor. The mashup combines Cheddar & Sour Cream, the brand's most popular flavor, and James' favorite flavor growing up, with a kick of spice. The new flavor launch follows James' Ruffles D.N.A. campaign that debuted late last year with a powerful message for fans to embrace the challenges, or “ridges,” they face in life.

A PR Newswire press release quoted James, “As a kid growing up in Akron, I never imagined where I'd be today, let alone creating a new chip flavor that I know will bring excitement to fans all over. It goes to show how learning to own your ridges can change your life, and I believe it's so important for future generations to understand and embrace what makes them different.”

Biolyte, a liquid supplement beverage, has released a melon flavor offering a natural watermelon taste with rose notes. The purported IV in a bottle is intended to fight fatigue with vitamins B12, B6, B5 and l-carnitine, cleanse the liver with milk thistle, gluconolactone and n-acetyl, maintain sugar levels with a small mix of dextrose and erythritol, and fight nausea with ginger and dextrose.

Crown Royal has added the limited-time flavor of lemonade to its canned cocktail lineup. The drink contains Canadian whisky, lemon juice from concentrate, carbonation, lemon and other natural flavors.