Too Stressed to Sense: Modern Life and Our Sense of Taste and Smell 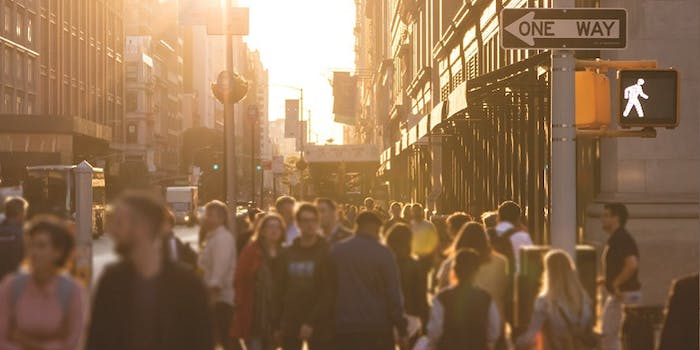 Science has firmly established the link between stress and a range of health conditions – including high blood pressure, higher risk of cancer and diabetes. Recent research has also found links between stress and our sense of taste and smell.

According to a 2017 Gallup polla, 79% of Americans sometimes or frequently experienced stress during the day, while a mere 17% reported rarely feeling stressed and only 4% reported never feeling stressed. In terms of economic growth, work-related stress has cost employers over $300 billion annually due to health cost and missed work days.b As research unravels how stress impacts our senses, it is also showing the benefits of flavors and fragrances in promoting a healthy, well-rounded life.

No Time to Stop and Smell the Roses

In a study conducted by the University of Sussexc, the concept of inattentional smell blindness and its relation to being busy was investigated.

During the study, participants entered a room with hidden coffee beans and instructed to perform two versions of a visual task that required a high and low demand of attention. Once the participant finished the task, they left the room and were asked questions about whether they experienced a smell. Participants that were occupied with the busier task were 42.5% less likely to notice the smell of coffee. When the busy participants re-entered the room, they were often surprised to discover a strong coffee scent.

“We found that because habituation to smells is much stronger than other senses, if we habituate during a period of distraction we might never notice a smell. Previous research has told us that, unique to the sense of smell, there is only a window of approximately 20 minutes before the brain is no longer able to detect it — a phenomenon known as olfactory habituation,” said Sophie Forster, M.D. “Our study could have a range of implications. For example, if you are busy focusing on a task you may be less likely to be tempted by food smells. Or if you don’t want your friend to guess you are baking them a birthday cake in the other room, you could distract them with a puzzle for about 20 minutes.”

Another consequence of a growing busy, urban-driven lifestyle has been an increase in quick eating and fast food culture, resulting in high rates of obesity. According to 2015-2016 CDC datad, obesity impacted 39.8% of about 93.3 million of U.S. adults. Though the risk of heart disease, stroke and type 2 diabetes are well documented, research shows how obesity can impact our sense of taste.

In a PLoS Biology studye, researchers studied the link between obesity and the ability to taste. To test if obesity impacted taste, the researchers studied a group of mice and fed half of them with a high-fat diet (a chow with 58.4% fat) and the other half with a low-fat diet (a chow with 14% fat). After eight weeks, the mice were studied for changes in their taste buds and health. The mice were tested to see if the high-fat diet induced an inflammatory response, which can trigger changes in the body and taste. Mice with the high-fat diet had significantly increased amounts of TNFa in taste tissues. They concluded that obesity can induce inflammatory response in the taste epithelium and cause fewer taste buds to form.

Though these are just two examples of how modern living impacts our senses, flavors and fragrances may hold a solution to wellness issues. In terms of taste, research is being done on how specific flavors can help curb poor eating habits and promote healthy lifestyle changes.

According to a Neuropsychopharmacology studyf, consuming a broth rich in umami, or savory tastes, before meals can subtly change the brain into eating healthier, especially in women with a high risk of obesity. To test this hypothesis, researchers invited participants to a buffet meal and monitored their food choices with special glasses that tracked eye movements. Prior to eating the buffet, participants were also asked to intake an umami-rich broth. Researchers found that after participants consumed the broth, those at higher risk of obesity consumed less saturated fat during the meal and had a more focused gazed on the meal itself. Using brain scans, researchers found that after consuming the umami-rich broth, participants had more engagement in the area of the brain that is linked to successful self-regulation of food choices.

“Many cultures around the world advocate drinking a broth before a meal. Our study suggests the possibility that people at high risk of obesity could benefit from an umami-rich broth before a meal to facilitate healthy eating and healthy food choice,” said senior author Miguel Alonso-Alonso, Ph.D., an assistant professor at the Center for the Study of Nutrition Medicine in BIDMC’s Department of Surgery, BIDMC. “However, here we only evaluated immediate effects and in a laboratory context. Future research should address whether these observed changes can accumulate and affect food intake over time and/or whether they can be leveraged to help people lose weight more successfully.”