Nicholas Scott and Made Setiawan, Pollinium, and Patrick Dunphy, vanilla and flavor consultant 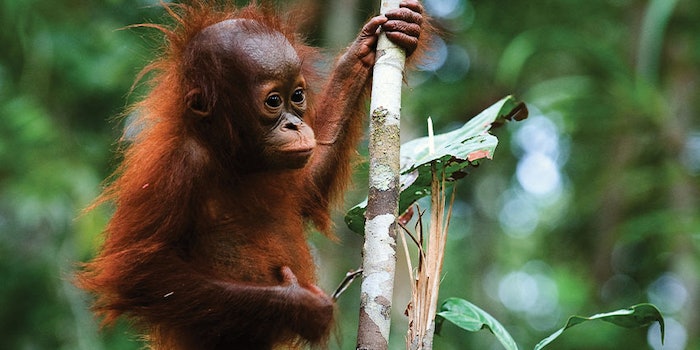 There is a focus on the protection of both critically endangered and endangered fauna and flora, such as Bornean orangutans.

Deforestation is a process that is occurring and expanding globally at a rapid pace, whereby forest ecosystems are being denuded and degraded to be replaced by farming and animal rearinga. This situation is exacerbated by illegal logging, which results in further loss of the forest canopyb.

From 2010-2015, approximately 122 million hectares (Mha) of tropical tree cover was lost, representing 5% of the total area covered by natural forests in 2010. The tropics lost 12 Mha of tree cover in 2018 alone, the fourth-highest annual loss since record-keeping began in 2001. This destruction resulted in decreased livelihoods for those who live near the forest zones, the loss of crucial ecosystem services and massive greenhouse gas emissions (GGE). Deforestation and other land-use changes are considered the second biggest anthropogenic source of GHG emissions and a major contributor to climate changec.

Deforestation in Borneo has expanded massively from 1950-2020, with the loss of forest canopy to the extent of circa 60% (F-1)d.1 This depletion of the arboreal cover results in a very significant decrease in sequestration of carbon dioxide by the forest flora.

A recent NASA-led study showed that tropical forests may be absorbing far more carbon dioxide than was originally thought, in response to rising atmospheric levels of this greenhouse gas. The study estimated that tropical forests absorb 1.4 billion metric tons of carbon dioxide out of a total global absorption of 2.5 billion metric tons—more than is absorbed by boreal forests in Canada, Siberia and other northern regions.2