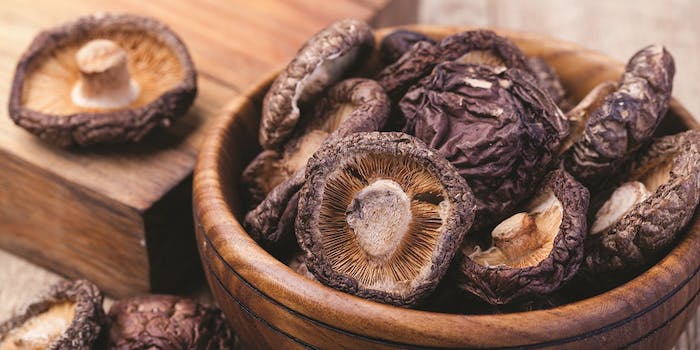 Several dimethyl and ethyl methyl-substituted pyrazines play important roles in many heated flavors. Many of these di-substituted pyrazine compounds have broadly similar roasted, peanut characters but, in my opinion, the most effective in use is 2-ethyl 3-methyl pyrazine (FEMA-GRAS# 3155, CAS# 15707-23-0).

Almond: The nutty profile of 2-ethyl 3-methyl pyrazine can be used to good effect in toasted almond flavors. The ideal level is dependent on the level of toasting, but 1,000 ppm is a good place to start.

Hazelnut: Of all the range of nut flavors, this ingredient is most effective at higher levels in hazelnut and peanut flavors. A level of 3,000 ppm is ideal in hazelnut, giving an attractive toasted effect.

Peanut: Levels of use vary in peanut flavors but, in my opinion, the ideal level is around 2,000 ppm in typically roasted peanut profiles. Higher levels, up to 4,000 ppm, can give a very roasted, but still attractive effect.

Pistachio: Pistachio flavors are in many respects similar to toasted almond flavors and the best level of use is also similar, 1,000 ppm.

Walnut: This ingredient plays a slightly less dominant role in walnut flavors, but still has good impact at levels in the region of 500 ppm.

Chocolate and Cocoa: Though not as obviously suited to cocoa and chocolate flavors as trimethyl pyrazine, a bit of 2-ethyl 3-methyl pyrazine works very well in combination with that chemical, adding a hint of authentic nuttiness. A level of 1,000 ppm is reasonable when used in combination in cocoa flavors, and 400 ppm works well in typical milk chocolate profiles.

Coffee:: Higher levels are called for in coffee flavors, obviously depending greatly on the degree of roast. An addition of 2,000 ppm works well in most cases, but higher levels can be helpful in highly roasted profiles.

Malt: With malt flavors, we are looking for a much more subtle effect. An addition of 100 ppm is quite enough in most cases to achieve an attractive nutty roast character. Marginally lower levels can be used in malted milk flavors.

Tea: Though 2-ethyl 3-methyl pyrazine is quite helpful in all tea flavors, it does not seem to follow a very predictable pattern. The most “cooked” type of tea, black tea works well with a modest 30 ppm level of addition. Oddly, the second most “cooked” tea type, red tea (oolong for example) can benefit from a much higher level, around 200 ppm. The least cooked tea, green tea, does conform to expectations and needs only 5 ppm to give a subtle, but noticeable boost.

Bacon: Bacon flavors often present a creative challenge because of the overabundance of indigestion inducing “bacony” notes. A level of 300 ppm gives a subtle roasted note that makes it easier to reduce the levels of the more obvious compounds.

Beef, Roast: Good roast beef flavors use a complex of different roasted notes, some meaty and some not. Here, 500 ppm of 2-ethyl 3-methyl pyrazine makes a good level of addition when used with other pyrazines, especially trimethyl pyrazine.

HVP:: The roasted note in HVP flavors is necessarily much more subdued than in roast beef, but a similar complex with trimethyl pyrazine and other pyrazines is equally effective. The level of use is lower, around 200 ppm.

Onion Toasted: In contrast, a good toasted or fried onion flavor does not really need to be subtle. An addition of 800 ppm is very effective and higher levels can be used to give an exaggerated effect.

Rice:: Cooked rice flavors present a similar challenge. The dominant pyrazine in this case is usually methyl pyrazine, which is even less heat stable. An addition of 2-ethyl 3-methyl pyrazine makes an effective alternative at around 200 ppm.

Bread: The ideal level of 2-ethyl 3-methyl pyrazine in bread flavors varies dramatically with the profile that is required. Subtle bread crumb flavors only need a modest addition of around 100 ppm. More aggressive bread crust and pizza base flavors are very different and can happily accommodate much higher levels, up to 2,000 ppm and beyond.

Coconut, Toasted: A moderate level of toasting is very attractive in coconut flavors, depending on the food application. A level of 200 ppm works well in most typical flavors.

Corn, Toasted: Cooked corn flavors should be as heat stable as possible and this ingredient is useful in flavors intended for toasted corn or corn chips at around 400 ppm.

Rum, Dark: Only a careful addition of 2-ethyl 3-methyl pyrazine is needed in dark rum flavors, but even at 20 ppm, this chemical adds significantly to authenticity. In my opinion, a tiny addition of, say, 5 ppm also improves light rum flavors, but this effect is much less obvious.

Whisky: The same comments are equally true of whisky flavors, but the ideal level of addition is usually even lower, around 10 ppm. Higher levels can be beneficial in flavors that are more than usually phenolic. 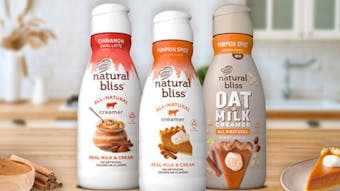 The fall line will be available throughout the U.S. beginning in August.
Jul 26th, 2021