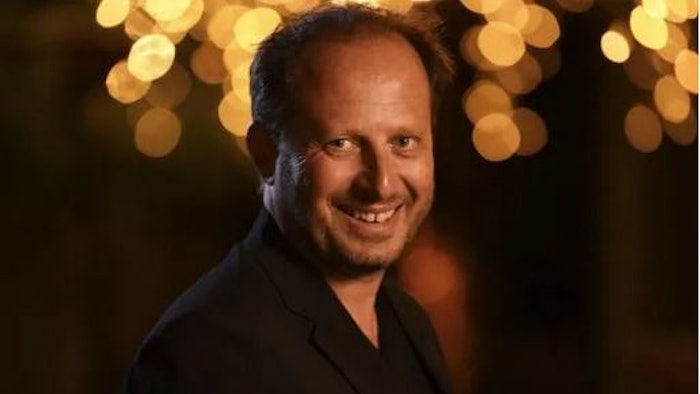 Firmenich has announced that principal perfumer and director of Natural Product Innovation, Fabrice Pellegrin, has received the 14th François City Award for his career at the pinnacle of fragrance creation.

Pellegrin was presented with the prestigious award on December 2 at the Lutetia Hotel in Paris, organized by the François Coty Association and chaired by the perfumer's descendant, Véronique Coty.

The six perfumers on the jury, themselves winners of the François Coty Award between 2000 and 2019, rewarded their counterpart for his creativity and acknowledged his unanimously recognized talent. The jury was composed of Émilie Coppermann (Symrise), Jean Guichard (Givaudan), Sophie Labbé (Firmenich), Alberto Morillas (Firmenich), Dominique Ropion (IFF) and Maurice Roucel (Symrise), and chaired by interior architect and designer, Tristan Auer.

Together, they evaluated the olfactory signatures of 12 fragrances (three per candidate) during several sessions. Fabrice Pellegrin distinguished himself through his creative universe, as well as his perfect technical mastery.

Born in Grasse, Fabrice Pellegrin is the son of a perfumer and the grandson of a jasmine-picking grandmother. He is particularly fond of natural raw materials and pays special attention to the path of ingredients to capture the best of nature, from harvest to essence.

He is currently principal perfumer at Firmenich, which he joined in 2008, and is keen to pass on his knowledge in perfumery schools. He has also been involved in the development of natural ingredients at Firmenich for several years, as director of innovation for these products. He has notably signed Wanted (Azzaro), Sound of the Brave (Diesel), Sur L'Herbe (L'Artisan Parfumeur), Eau de Minthé (Diptyque) and So Scandal! (Jean Paul Gaultier).

Ilaria Resta, president, Global Perfumery, Firmenich, said, “Fabrice Pellegrin's talent and high standards perfectly match with Firmenich’s creativity. He constantly encourages us to innovate and offer our customers the most exceptional fragrances that meet the expectations of today's consumers, especially with our palette of natural innovation. Our entire company is proud of this well-deserved distinction.”

Fabrice Pellegrin, principal perfumer and Director of Natural Product Innovation, Firmenich, said, “I would like to pay tribute to the local producers. Through their savoir-faire, they allow us to offer the epitome of nature. I would also like to thank Firmenich, whose efforts for traceability pave the way for a responsible industry, as well as the François Coty Association, which brings the profession together to share an exceptional moment.”