Men's Fragrance On Growth Spurt in Spanish Market through 2017

Despite high levels of unemployment and the country being one of those worst affected by the Eurozone crisis, new findings from research firm Canadean indicate a need for Spanish consumers to occasionally treat themselves with luxury products such as fragrances.

With a value Compound Annual Growth Rate (CAGR) of 0.5%, fragrances is set to be one of the five fastest growing health and beauty sectors in Spain to 2017. It lies ahead of more mature sectors such as skin care and hair care, but behind the more indispensable oral hygiene and feminine hygiene sectors.

Men's fragrances will display the highest volume growth, at a CAGR of 0.8% for 2012 through 2017. As the women's fragrances category matures, women's fragrance is predicted to become the slowest growing category of the sector over the next five years, with a value and volume CAGR of 0.4% and 0.2% respectively between 2012 and 2017. Unisex fragrances took the lowest share of the sector in 2012, with value and volume shares of 4.5% and 4.6% respectively, yet will display the highest value growth over the next five years, at a CAGR of 0.8% for the same period. 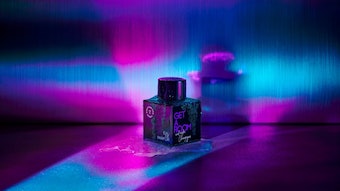