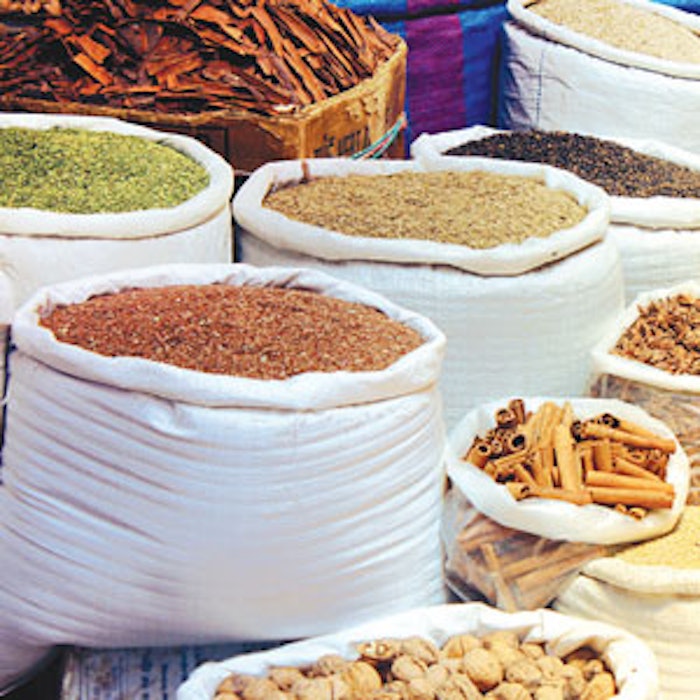 With its market size and growth potential, Africa is the hottest emerging market, and consumer packaged goods manufacturers want a piece of the action. According to the World Bank, Africa’s food and beverage market was worth $313 billion in 2013 and is projected to reach $1 trillion by 2030. By 2017, Africa’s beauty market is estimated to be worth $13.2 billion.

Africa is the second largest continent in the world and consists of 54 countries. According to The United Nations (UN) Population Division, the African population reached 1.16 billion in 2014 and, by 2030, it is forecasted to increase to 1.68 billion.a According to KMPG’s “Fast-Moving Consumer Goods in Africa” report, the population is expected to more than double by 2060 to 2.6 billion with 1.1 billion expected to be middle class.b

The report also found that in a sample of 39 African countries, the total household expenditure on fast-moving consumer goods (FMCG) reached almost U.S. $240 billion in 2010. Nigeria and Egypt are the two largest economies known to have the highest expenditures.

McKinsey & Company reported that by 2020 the largest consumer markets will be Alexandria (Egypt), Cairo (Egypt), Cape Town (South Africa), Johannesburg (South Africa) and Lagos (Nigeria).c According to “The Deloitte Consumer Review Africa: A 21st century view” report, the African economy is expected to grow by 7.7% annually between 2014 and 2019, about double the rate of advanced economies.

It’s no surprise that major global brands such as Coca-Cola, Estée Lauder, Kellogg’s, L’Oréal, Mondelez International, Nestlé, Procter & Gamble, SABMiller, Starbucks and Unilever, to name a few, have a presence in Africa and continue to invest in expansion plans and partnerships.

For example, Starbucks has stores in Egypt and Morocco. With an exclusive partnership with Taste Holdings, Starbucks plans to roll out its first South African coffee shop in Johannesburg in 2016 and expand in other regions on the continent.

SABMiller leads the African beer market with a 34% share in the continent, and there is speculation that the Anheuser-Busch InBev-SABMiller merger involves gaining access to Africa. It is estimated that beer volumes in Africa are to grow by 44% from 2014 to 2025, nearly three times the forecast global rate.d Africa, as a percentage of net global beer volumes, is estimated to reach over 8% by 2025, up from 4.4% in 2000.

To increase Kellogg’s West African presence in snacks and breakfast foods, the company announced a long-term partnership with leading food company Tolaram Africa, in September 2015. Kellogg’s also acquired a 50% share of Multipro, a sales and distribution company in Nigeria and Ghana.

L’Oréal is an established brand in Egypt, Kenya and Nigeria last year it acquired Interconsumer Products Ltd. (ICP), the largest local manufacturer of beauty products in Kenya. Now to enter the Ivory Coast, the company has signed a production and distribution partnership with CFAO to accelerate growth and “become the number one beauty company in Africa.”e

Estée Lauder has a strong foothold in South Africa and recently made a foray into Nigeria, Kenya, Ghana and Ivory Coast. MAC is one of the company’s strongest brands in emerging markets. It launched its first African store in Nigeria in 2013 with aggressive plans to launch 20 more MAC stores in the rest of sub-Saharan Africa over the next five years. At the beginning of 2015, MAC entered Kenya and according to the company, the brand “has contributed to stellar global growth in fiscal 2015” with strong gains in sub-Saharan Africa.f

In December 2015, Strength of Nature acquired Unilever’s multicultural ethnic hair care brands—Motions, Just for Me, Consort, and Groom & Clean. In addition, they purchased the African rights to the TCB brand, making the company the full owner.

As Africa continues offering growth opportunities to the global market, within the next few years other multinational companies will focus on penetrating the African consumer packaged goods market with significant investments.

The demand for “natural” ingredients in consumer packaged goods on both sides of the industry continues. Brands and suppliers alike continually search for new and unusual ingredients while marketers love ingredient stories, the more exotic the better. Africa has a wealth of natural ingredients used in the flavor and fragrance industry, such as ylang ylang, jasmine, eucalyptus and frankincense.

An unusual South African product is Kwena’s Crocodile oil balms that are multipurpose beauty creams made from Nile crocodile oil and beeswax. Africa has been a source for ingredient inspiration such as shea butter, the popular and now ubiquitous ingredient used in countless skin and hair care products.

Out of Africa’s new portable sized eco-friendly shea butter in Unscented, Lavender and Vanilla variants is a recent introduction. A portion of the proceeds from every purchase is donated to help provide education and medical care for women and children in West Africa.

In March 2015, indie beauty brand Bolden launched a 100% natural shea oil in three formulas Unscented, Butter Mint and Sweet Vanilla, made from nuts sustainably grown and ethically sourced from Burkina Faso, West Africa. According to Bolden co-founder Chinelo Chidozie, the multipurpose oil can be used as a makeup remover, overnight face moisturizer, night eye cream and body moisturizer, as well as a scalp and cuticle oil.

Newer, less common African ingredients such as baobab, marula and moringa are emerging. The baobab tree is the national tree of Madagascar and there are eight species of tree in the genus Adansonia native to Africa and one species native to Australia. The fruit is encased in a pod containing white powder that is being dubbed as the next superfruit. In Africa, it is known for its medicinal qualities and has been used for centuries to boost the immune system, treat upset stomachs and reduce fevers. It is most commonly sold as a powder that can be mixed, stirred or sprinkled into food and beverages. Baobab is said to offer six times more vitamin C than oranges, more potassium than bananas, more antioxidants than blueberries and more than twice the calcium level of milk.

Native to Africa, multipurpose marula oil from the marula fruit, is one of the trendy “it” ingredients appearing in several hair and skincare products. Los Angeles-based luxury skincare company, African Botanics, is known for their Marula Oil line. All of the company’s products are formulated in South Africa with marula oil and other indigenous ingredients.

Marula by John Paul Selects launched in 2014 and to supply the key ingredient, the company organized women’s collectives in Namibia, Swaziland and Madagascar, providing income for African women. Marula’s popularity is gaining momentum and has trickled down into the mass market with introductions such as Dial’s Miracle Oil Marula Oil Infused Restoring Body Wash and Tone’s Oil Infusion Exotic Argan and Marula Oil Body Wash.

Moringa oleifera is a tree native to parts of Africa and Asia. Moringa is known for its healing proprieties, such as reducing high blood pressure and lowering cholesterol and is touted as another superfood. The moringa leaves are said to have twice the protein of yogurt, three times the potassium of bananas, four times the calcium of milk and more iron than spinach.

Moringa oil is rich in antioxidants and moisturizing agents and is appearing in beauty products. Qhemet Biologics, an eco-friendly hair care line inspired by African, Mediterranean and Ayurvedic traditions, carries a Castor & Moringa Softening Serum while True Moringa offers a range of hair and skin products based on cold-pressed Moringa oil such as True Moringa Oil in Lemongrass, Peppermint and Unscented variants.

Other indigenous African ingredients will eventually make their way into U.S. consumer goods. Keep an eye out for Kalahari melon, mafura butter and mongongo nut.

At the beginning of 2015, The Huffington Post and Yelp collaborated to produce “The Most Disproportionately Popular Dishes In Each State” map, which listed the top five cuisines in the U.S. by state.g Apparently, Washington, D.C. has an affinity for African cuisine. Ethiopian food ranked number two, 1,560% higher than the national average, while African food ranked number three, 555% higher than the national average.

CNN’s September 11, 2015 “5 African food bloggers you need to start following now” article is an indication that African cuisine is becoming more mainstream. This is further evidenced by The National Restaurant Association’s (NRA) annual “What’s Hot 2016 Culinary Forecast,” which reported that “African flavors” is a hot trend to watch. It increased by 20% compared to the year before.

A unique farming concept is growing African crops in the U.S. As a refugee farmer from Liberia, Morris Gbolo moved to Buena Vista Township, New Jersey in 2003. In January 2015 he purchased a 13-acre parcel. Morris Gbolo’s World Crops Farm specializes in African crops such as “Bitter Ball” and “Kittley,” two types of eggplant, and habañero peppers, Malabar spinach, okra and sweet potato shoots.

Another novel product that combines African tradition and modern winemaking technology is Queen Sheba Big Tree Ethiopian honey (mead) wines, which are inspired by tej, Ethiopia’s national drink. Queen Sheba wines are produced in two varietals—Orange Blossom and Clover. Based out of Woodland, California, the company sources local Orange Blossom and Clover honey and uses gesho, an Ethiopian species of buckthorn, to ferment the wine.

“The gesho has an herbal aromatic note and also serves as an antimicrobial agent that allows us to produce sulfite free wines,” says Rashmi Ekka, Queen Sheba marketing director.

To give back to the community, each month 10% of the company’s sales are given to a non-profit organization. In December 2015, AHOPE for Children, which works with children living with HIV in Ethiopia, was the chosen organization.

Africa: the Next Big Market Opportunity

Africa is now the second fastest-growing economic region behind Asia. Already heavily invested in by China, Africa is expected to become the second largest market for investment by European consumer businesses by 2017.

There is no doubt that Africa is an emerging market, which offers growth opportunities for many U.S. businesses, particularly fragranced and flavored consumer packaged goods. However, Africa is a complex and challenging continent with 54 diverse countries, varying growth rates, infrastructures, regulations, technology and cultures.

As manufacturers figure out how to navigate throughout Africa, we will see continued expansion of existing U.S. brands as well as new investments and partnerships. Africa’s natural resources will remain an inspiration for unique ingredient stories and exotic culinary flavors.

Similar to other ethnic multicultural influences and ingredients that at one time were exotic and unfamiliar, African ingredients will eventually become more universally familiar. It will be interesting to observe the journey as Africa gradually becomes a developed market.