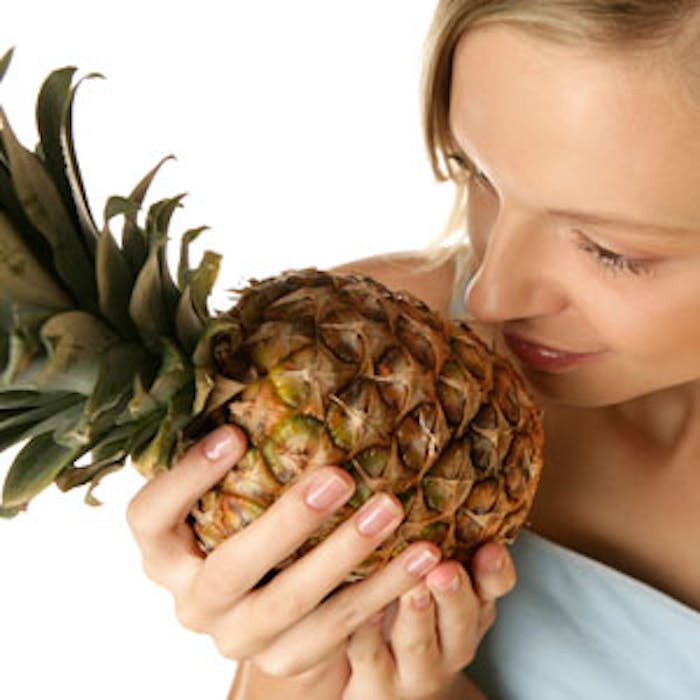 Sulfur compounds are known to emit repulsive odors, resulting in off-flavors in food and contributing to air pollution. For example, 2,6-dimethyl-5,6-dihydro-2H-thiopyran-3-carbaldehyde has been detected in the odor of laying hen houses and hen manure. Yet, new findings in sulfur compounds, as described by this patent application, suggest one in particular presents a new fruity flavor and fragrance opportunity.

A study examining the formation of sulfur compounds during food preparation and storage tested the reaction of hydrogen sulfide and 2-butenal. Several sulfur compounds were identified and their off-odor properties were reported. 2,6-Dimethyl-5,6-dihydro-2H-thiopyran-3-carbaldehyde, for example, was found and described as having typical onion and metallic odors.

Additional compounds were proposed but one in particular, 2,6-dipropyl-5,6-dihydro-2H-thiopyran-3-carbaldehyde was surprisingly found to possesses strong fruity and tropical organoleptic notes. It therefore was suggested for enhancing the flavor of foods, chewing gum, dental and oral hygiene products, and medicinal products.