Recovering a Sense of Smell 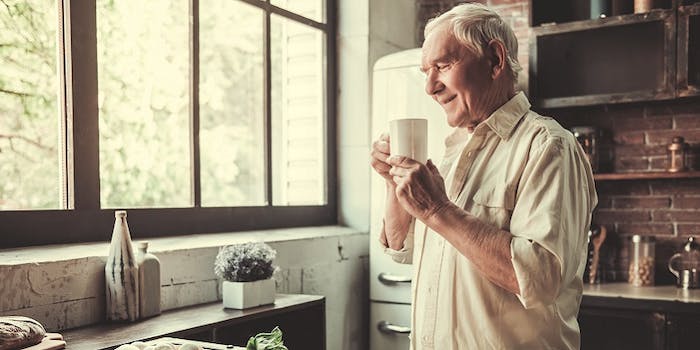 Losing any one of the five senses can be a traumatic, life-altering event. A sense of smell not only provides us with emotional context and memorable moments, but it is an essential evolutionary tool. It can detect dangerous natural gases, rotten and unsafe food and the loss of it can signal the onset of dementia. So, what happens when a sense of smell is impaired and what can be done to recover it?

Currently, there is no cure for anosmia, a lost sense of smell, but recent sensory research is finding clues to possible solutions. In this literature review, we examine recent research in olfactory recovery for a whiff of what’s possible in the future.

A Shocking Way to Restore Smell?

According to the National Institute on Deafness and Other Communication Disorder statisticsa, 1-2% of the North America population report problems with their sense of smell. Physicians now believe that they have found a treatment for anosmia and the process might be a bit shocking.

In a report in the International Forum of Allergy & Rhinologyb, physicians at Massachusetts Eye and Ear provide a proof of concept for a nasal implant that can induce sense of smell recovery. In the report, researchers describe the endoscopic procedures to position electrodes in the sinus cavities of five patients with an intact ability to smell. Of the five patients implanted with the electrodes, three of them described the sensation of smell, including onion, antiseptic, sour and fruity scents.

“Our work shows that smell restoration technology is an idea worth studying further,” said corresponding author Eric Holbrook, MD, chief of rhinology at Mass. Eye and Ear and associate professor of otolaryngology at Harvard Medical School. “The development of cochlear implants, for example, didn’t really accelerate until someone placed an electrode in the cochlea of a patient and found that the patient heard a frequency of some type.”

While some believe the future of olfactory recovery is electric, others believe it might lay within the realm of gene therapy and genetic research.

In a study published in the Journal of Neurosciencec, a team of researchers discovered a method to recover olfactory systems in mice. By expressing a protein that is critical in the detection and perception of odors through gene therapy, the researchers found that the number and length of cilia and the responses of olfactory sensory neurons increased. Additionally, the researchers were able to restore the connection between sensory neurons and the olfactory bulb. These results were similar regardless of the age of the mice and researchers believe that this treatment can be translated for humans.

While the idea of taking a pill to address a physical ailment goes back to the late 1800s, ancient civilizations and societies had their own form of medicine – usually blending plants and animal by-products with ceremonial intention to address aches and pains.1 A Stone Age painting from over 8,000 years ago showed that people used honey or bee products to treat a disorder.2 Now in the 21st century, researchers in Qatar are looking at honey for its ability to treat the loss of smell.

Per a case report in the Journal of Otolaryngologyd, researchers at the Weill Cornell Medicine believe that using natural honey intranasally might be a solution to anosmia. In the report case, physicians were treating a 74-year-old Asian man who suffered complete anosmia, following a severe head and nose trauma. After the patient experienced a reduction in quality of life, doctors treated him with intranasal steroid and anti-histamine tablets with no results. Following a suggestion from the patient’s family physician, the team explored if an intranasal application with natural honey would work.

After receiving signed consent, the physicians devised a way to administer the honey to the nose and sinuses. The patient was instructed to administer the honey through a 20 ml gauge syringe in a modified praying position, where the cranium is touching the ground and the mental protuberance of the mandible is touching the sternum. The patient was also notified of the burning sensation of the honey as it ran over the nasal and sinuses mucosal epithelial surfaces. At the two-week follow-up, the patient noted improved moods and less depressed thoughts and reported no problem with his sense of taste or smell during eating and drinking.

Sniffing Out the Future

Coincidentally, February is the month of Anosmia Awareness Day (Feb. 27), a day where smell and taste centers like The Monell Center and charities like Fifth Sense raise awareness for anosmia and other taste and olfactory disorders. While perfumers and fragrance brands will continue to create products for consumers to enjoy, sensory researchers will work to further understand the importance of a sense smell and how to protect it. Ultimately, they are working to ensure that tomorrow smells just as good as today – if not a bit better.

The study results provide a starting point for further research to be conducted that will be multidisciplinary in nature.
Nov 18th, 2021